InDaily reported yesterday that Piccolo was likely to step aside as Labor’s candidate in Barossa-based Schubert, after the party rushed into a spate of preselections after a draft boundary re-draw in August suggested a handful of Liberal seats would be vulnerable.

But the Electoral Districts Boundaries Commission this week wound back its plan to shift Piccolo’s Gawler heartland from Light to Schubert – which would have given the currently-safe Liberal seat held by former Government high-flyer Stephan Knoll a margin of just 5.4 per cent.

Instead, Knoll’s safe seat got even safer, on 14.7 per cent.

In a statement to InDaily, Piccolo confirmed that “over coming weeks, I will formally ask the party to release me from the candidacy for Schubert and seek endorsement for Light”.

However, he won’t seek a return to the frontbench, which he quit in August declaring he needed to focus on campaigning to win Schubert.

He told InDaily it “wouldn’t be fair” to the new shadow ministers if he put his hand up to return, saying: “I took a risk and accept the consequences of the decision I made.” 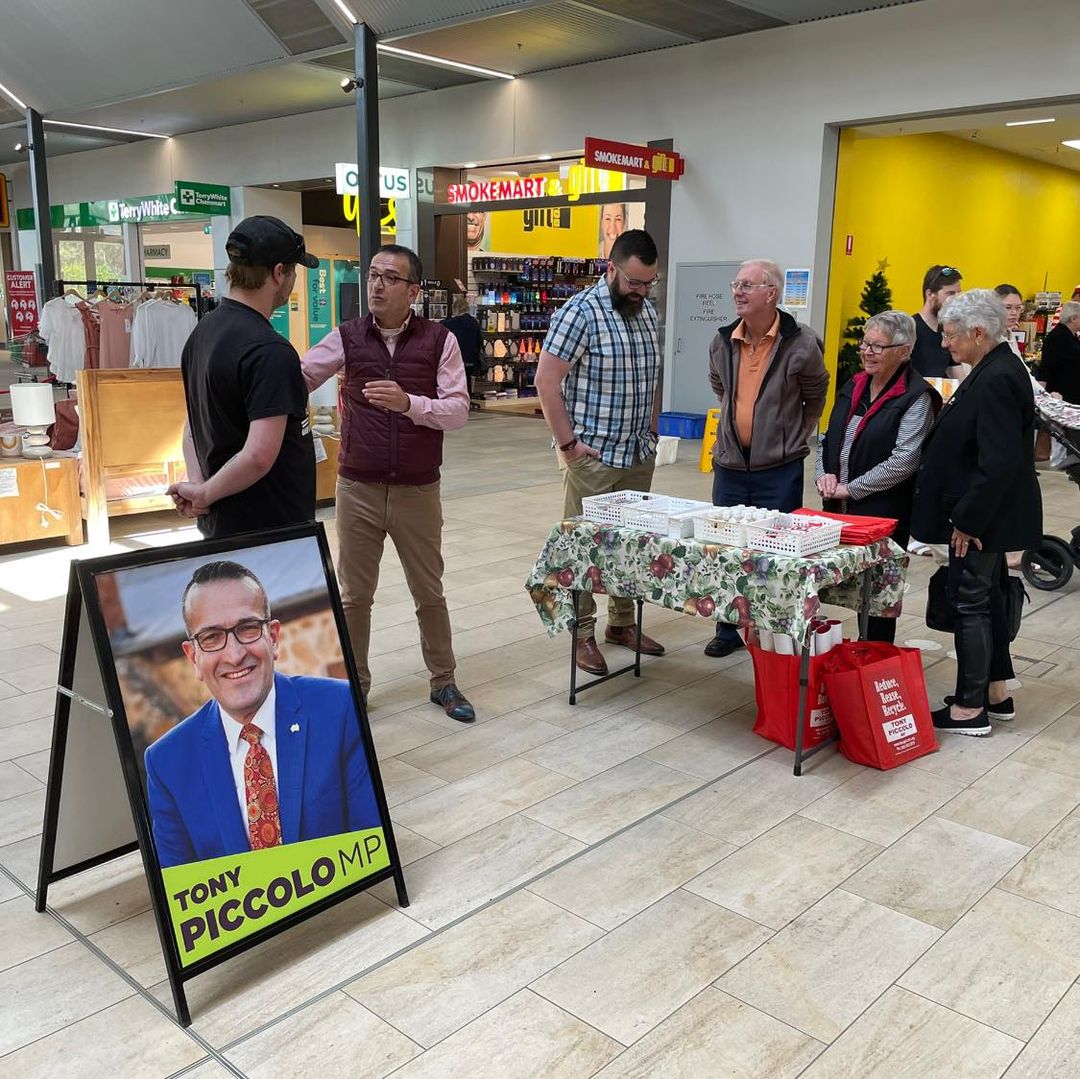 The move will frustrate plans among some Labor circles to parachute longtime federal MP for Spence Nick Champion into Light, which remains a comfortable Labor seat, as the Right-winger contemplates a shift into state politics, where he’d be expected to garner a senior post on Peter Malinauskas’s frontbench.

The boundary debacle has also prompted discussion within the party about him running in the Liberals’ most marginal seat of Newland – although a marginal Liberal seat would hold far less appeal than Light did, given he currently holds the northern seat of Spence (formerly Wakefield) by a margin of more than 14 per cent.

Piccolo, who had already rebranded his electorate newsletter and made several commitments to his prospective Barossan voters, said he intended to “stick with Gawler” – which he maintained was always his intent.

“The final EDBC report doesn’t change that sentiment at all, it just means I will seek to contest Light at the next election, because that is where the people of Gawler will be,” he said in a statement.

“I was motivated to run for Schubert in the interest of my local community and to help Labor win the next election… Schubert with a Liberal margin of 6 per cent was going to be a hard seat to win, and it would have been easier to run for the new Light electorate.

“It was always going to be a risk announcing my candidature before the boundaries were finalised, but I believed I owed it to the people in Gawler and the Light electorate generally, and my party once the draft boundaries were announced.” 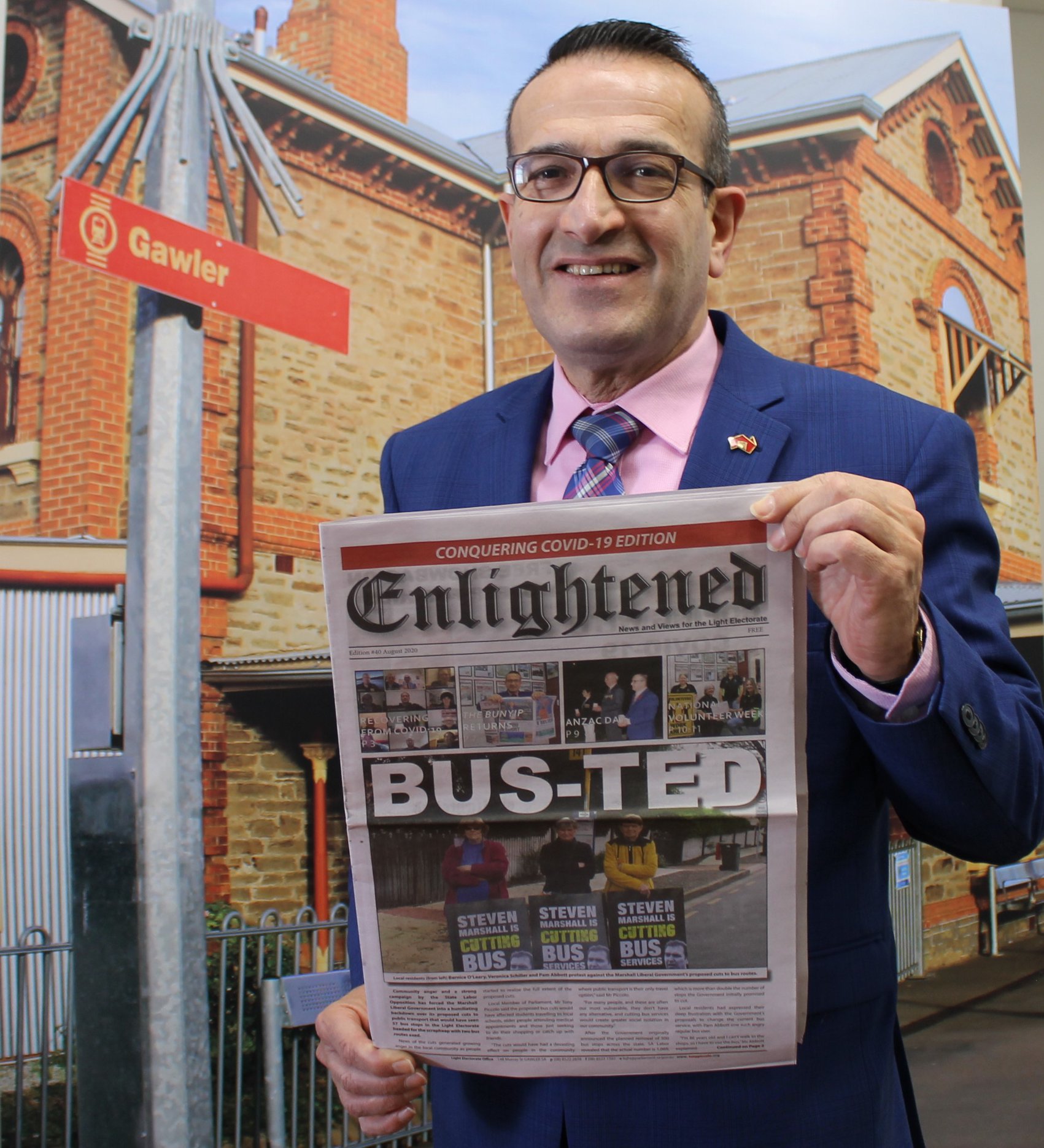 Piccolo’s recent social media posts have been peppered with images of him campaigning in the Barossa, but he said the final boundaries “just reinforce my commitment to Gawler”.

“While the final boundaries enable me to refocus on Light, I intend to continue working on projects I have started in the Barossa and all commitments I have made, will be honoured,” he said.

“What I have learnt from my campaign to date, is that many in the Barossa welcomed an alternative voice and different approach to local representation…

“As the Labor duty member for Schubert, I will continue to provide an alternative voice and engage with local businesses, community organisations and people, to ensure their aspirations are heard and needs considered.”

Labor insiders expressed disbelief to InDaily yesterday that the party had rushed into several preselections before the final boundaries were released, with its high-profile Elder candidate Nadia Clancy also facing a tougher battle after the draft Liberal margin of 0.1 was revised to two per cent.

Clancy had previously been expected to recontest the federal seat of Boothby, in which she ran a strong campaign last year.

The Liberals, by contrast, have held off until the Commission’s final report before seeking nominations, with high profile Adelaide United director – and former star striker – Bruce Djite potentially less likely to contest the southern-suburbs Labor seat of Badcoe, whose incumbent Jayne Stinson’s margin was bolstered by the final boundary changes.