Treasurer Rob Lucas remains unapologetic about the budget measure, which will claw back $40 million a year from property investors by changing the aggregation of taxable holdings, a change ostensibly designed “to minimise the incentive to own properties in trusts to avoid aggregation by increasing the tax payable”.

It has already prompted strong, albeit predictable, outrage from the property sector, with the Property Council – helmed by Daniel Gannon, a former advisor to both Lucas and Premier Steven Marshall – this week hitting the airwaves to campaign against it.

But the move has also fuelled anger on Marshall’s backbench, with several MPs telling InDaily of their concern with the Government’s current direction.

One decried “the breathtaking level of arrogance of the cabinet”, which has made “mistake after mistake”.

This could absolutely make sure we’re a one-term government

“I’ve been inundated with unhappy people who have been long-term supporters of the Liberal Party,” the backbencher said.

“If Premier Marshall thinks this is all going to dissipate and go away because we’re a couple of years from an election, he doesn’t know how determined the property industry is… the angst we’re hearing is the tip of the iceberg compared to what we’ll get when ‘Mum and Dad’ investors – who the Liberal Party have always believed in – work out what’s being done to them.

Another MP told InDaily a range of recent decisions were “pissing off the backbench”, with the land tax changes the final straw.

“Do I have people contacting me pissed off about it? Absolutely,” the source said.

“I think we’re foolishly creating dramas everywhere, which put together looks like we’re not fully in control of our agenda.”

“A lot of people were misled who were very good supporters of the Liberal Party,” he told InDaily.

“I have never in all my years of business received so many calls from so many people that have been hurt by this aggregation business – people saying they’re wasting their time in this state… I just can’t believe the reaction, from people who invest in this state and who are very firm Liberal Party supporters.”

Perks says the sector “wouldn’t mind” aggregation if land tax rates were the same as they are elsewhere, and “the current government went to the election saying they were going to fix the land tax problem, which is a huge problem – we’re double every other state in Australia”.

“They didn’t go to the last election saying they’re going to bring in aggregation, they talked about reducing land tax… but in a lot of cases the aggregation makes people worse off than they were,” he said.

“All investors want is a level playing field.”

He said his calls for reform were rebuffed by the former Labor Government: “They’d say ‘why should we help you? You don’t vote for us’.”

“I’m a bit over it all… you work hard to help get a change of government, because the Labor Party was never going to change it [but] I don’t think the Treasurer fully understands how property works in this state,” he said.

He said the changes would have flow-on effects, including hitting property values, affecting bank loans and the likelihood of property owners investing in upgrades.

He argued industry groups such as hoteliers who invest in multiple hotels – “which is just good business” – would be hit hard.

“It affects so many people, it’s a bit scary,” he said. 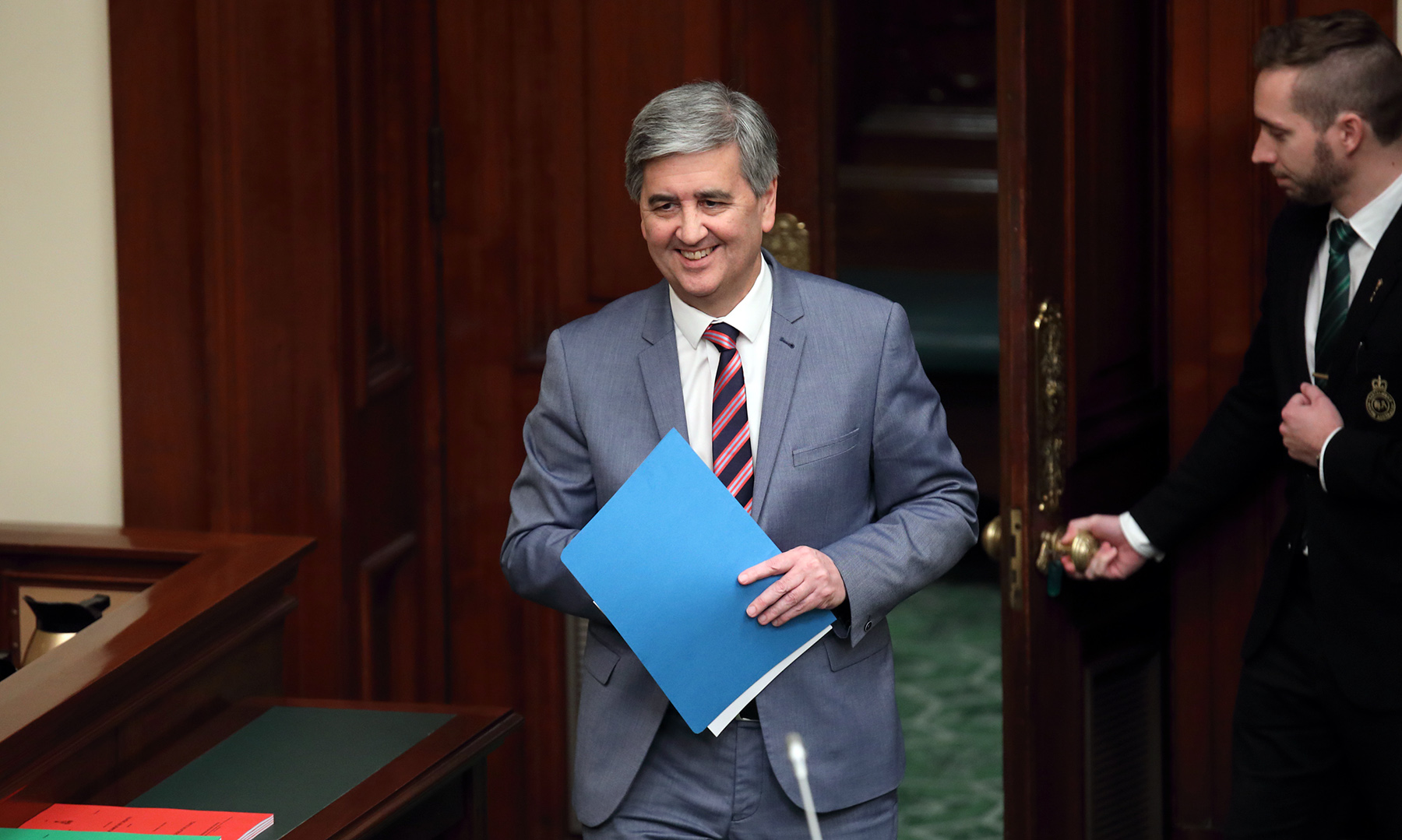 Gannon, who was today attending a construction industry forum at the Barossa Novotel – ironically right next door to the Labor Party’s annual ‘love-in’ – said his former boss “promised to lower taxes, but now he’s increasing land tax bills for thousands of ‘mum and dad’ and institutional property investors”.

“If the Premier proceeds with these risky changes to land tax aggregation, an owner of three median-priced residential properties structured through trusts will see their tax bill increase from approximately $1,100 this year to more than $20,000 next year,” he said.

“This budget measure poses significant levels of risk to SA’s investment environment, property owners, tenants and consumers unless this policy is scrapped and property owners are given a fair go.”

Every narrative we’ve tried to build about us being a low-tax, pro-business government just absolutely gets shot down

Business SA has also joined the chorus, adding two questions about the effect of land tax aggregation on small businesses to its regular William Buck-sponsored Survey of Business Expectations.

“People are very worried about it,” he said.

“What we’re worried about is the cost being passed on… of course, there are many of our members who own property, but many will also lease property and the concern is not only for the landlords – but the tenants.”

He said the change being introduced alongside a “wholesale revaluation of land across SA… could result is what could best be described as a ‘double whammy’”.

Liberal MPs have raised the matter with Lucas both privately and in the party-room, with the matter likely to again surface at the next meeting on Monday.

“It doesn’t seem to make sense to me why we appear to be kicking a group of people who have supported us through some very bleak times.”

But Lucas said he was not surprised at the level of hostility.

“Right from the word go, I said to the party-room and publicly that this measure will be opposed strongly by some of our strongest supporters,” he said.

“The members not unexpectedly are passing on the concerns of people who are opposed to it – some who are supporters, others who are constituents…some are doing it directly, some are doing it via their local MP’s office.”

He maintains the issue is open to consultation, and “we’ve left open the option to amend the package” to more quickly reduce the state’s top land tax rate – but only if he’s convinced the measure will reap more than the budgeted $40 million a year.

“Ultimately the bill will rest in the hands of parliament,” he said.

Several MPs said the issue would bite in key constituencies, including the central seat of Adelaide held by frontbencher Rachel Sanderson, who InDaily attempted to contact this morning.

“The Treasurer’s and Premier’s phone is certainly ringing off the hook about this stuff,” one said.

Another said Sanderson “can start thinking about what her next job is going to be”.

“People shouldn’t be confused that this affects just the top end of town… these are people who have operated within the law, and now they retrospectively want to change the law.

“Every narrative we’ve tried to build about us being a low-tax, pro-business government just absolutely gets shot down.”

The backbencher said the property sector are “that angry, they’ll work against us to punish us”.

“There’s a palpable anger that we’ve turned our back on people who share the same beliefs that we do, and have longed for a progressive, conservative government that supports business.

“Our cabinet think they’re going along beautifully, but this could absolutely make sure we’re a one-term government.”

But Lucas said: “I don’t subscribe to that view.”

“This issue’s going to be resolved before the end of the year, and the election is in March 2022,” said the Treasurer, who is retiring at the next poll.

“I’ll be happily defending the Government’s overall record in terms of taxes, charges and costs to families in March 2022,” he said.