In his first public speech on energy policy since losing the March state election, Weatherill addressed a late October event hosted by the University of Melbourne and co-sponsored by the Australian Wind Alliance, footage of which has since been posted online.

In it, the former Labor Premier is scathing about the federal “political forces gathering to strike a fatal blow to South Australia and its leadership in renewable energy” after the statewide September blackout in 2016 and subsequent load-shedding event in February 2017 that saw 90,000 homes lose power.

“It culminated in the then-Treasurer, the current Prime Minister Scott Morrison, brandishing a lump of coal in federal parliament… the day after our load shedding event,” Weatherill recalled.

“It was an unprecedented attack by the Federal Government on one of its constituent elements – a state… it was as though they were conducting themselves in relation to a belligerent foreign country.

“This was a constituent element of the Federation that was being attacked, and it’s no trivial matter to have the Prime Minister of Australia suggesting that your state has such an unreliable energy supply that it can’t keep the lights on – imagine the investment signal that sends to people that might be considering coming to invest in your state.”

I was horrified to see Elon Musk tweet… I got on the phone to him and said, ‘look would you mind not tweeting any more because it’s driving me crazy’

Weatherill said the sustained response meant “we had to really ask ourselves whether we maintained our strategy in relation to the leadership in renewable energy or whether we capitulated”, with “voices within our bureaucracy [and] even some of my colleagues questioning whether this was the right course given the pressure we were under”.

The “critical turning point”, he said, came two days after the February outage, when “coal-rich New South Wales was subjected to an identical load shedding event that South Australia had suffered just two days before”, but for longer and on a larger scale.

“This was a fundamental shift in the nature of the debate,” Weatherill told the audience.

“We also saw steep increases in prices, and what transformed from a quick knife job on SA about renewable energy became a crisis in the national electricity market – and this then became a very dangerous proposition for the Federal Government.”

Turnbull’s government, he said, “for base reasons sought to politicise a state emergency” and were “now the proud owners of a broken national electricity market”.

“And this is quite a feat because constitutional responsibility for energy actually resides with the states,” he added.

“Malcolm Turnbull walked into the most dangerous of places in Australian politics – between Labor states that he required agreement with and his essentially right-wing Coalition party-room – and he was trapped. And that’s the story of his demise.”

Turnbull lost the Prime Ministership in August, days after dumping the key element of his National Energy Guarantee – a 26 per cent emissions reduction target – in the face of hostility from his party’s conservative wing.

Weatherill told the audience his Government was forced “to use this crisis as an opportunity, and we did that”.

“I stood up and I said the national electricity market is broken and South Australia is going to take charge of our energy future,” he said.

“We made an early decision that a central part of the plan was going to be a big battery, a grid level battery which would provide stabilisation services and also give us the capacity to meet reserve shortfalls,” he said.

Weatherill now says the now-famous Twitter exchange between Tesla entrepreneur Elon Musk and Atlassian co-founder Mike Cannon-Brookes that put the battery deal on the public agenda came “three days before we were about to launch our plan”.

“It was already going to be a part of our plan, but I was horrified to see Elon Musk tweet… that he would build one of these batteries for 100MW and if it wasn’t delivered in a hundred days it would be free,” Weatherill said.

“Problem is, everybody in Australia that was interested in this basically got on to me and said to me ‘accept this deal, it’s the deal of the century’ and I couldn’t say that ‘this is a centrepiece of our plan’, and there was a small problem with probity in doing so… so I did the next best thing. I got on the phone to him and said, ‘look would you mind not tweeting any more because it’s driving me crazy’. So he put out another tweet saying he had a good discussion with me and that got people off my back… but ultimately Tesla did win the tender.”

The battery project’s international plaudits, Weatherill insists, “helped to some degree to turn around the reputational damage that was done to South Australia by our federal colleagues”.

“I don’t think there’s been a point in the history of the state, at least certainly in recent memory, that the state has received so much positive international coverage,” he said.

But if that was true abroad, it was less so at home.

“It’s worth reminding people of how sceptical people were about this technology,” Weatherill recalled.

“The current Prime Minister compared Tesla’s big battery to the Big Banana or the Big Pineapple. Matt Canavan, the Resources Minister, likened it to the Kim Kardashian of the energy market, ‘famous for being famous’.”

Weatherill says the push into renewables was a hallmark of the Labor Government from the moment it entered government in 2002.

“We had to ask ourselves ‘what are the strategic risks and opportunities to a place like South Australia?’

“I mean, South Australia is an unusual place, in a way – it’s really a slither of a population perched on the edge of a desert, and climate change represents particular risks to us.

“This isn’t an academic exercise for us. Climate change and the way in which our climates will alter fundamentally changes the capacity for SA to be liveable, and certainly for us to replicate the economy we once understood and had.

“But we also took the view that this represented an opportunity, because we’re abundant in the renewable natural resources – wind, solar – and we believed that they could be harnessed to give us a competitive advantage… 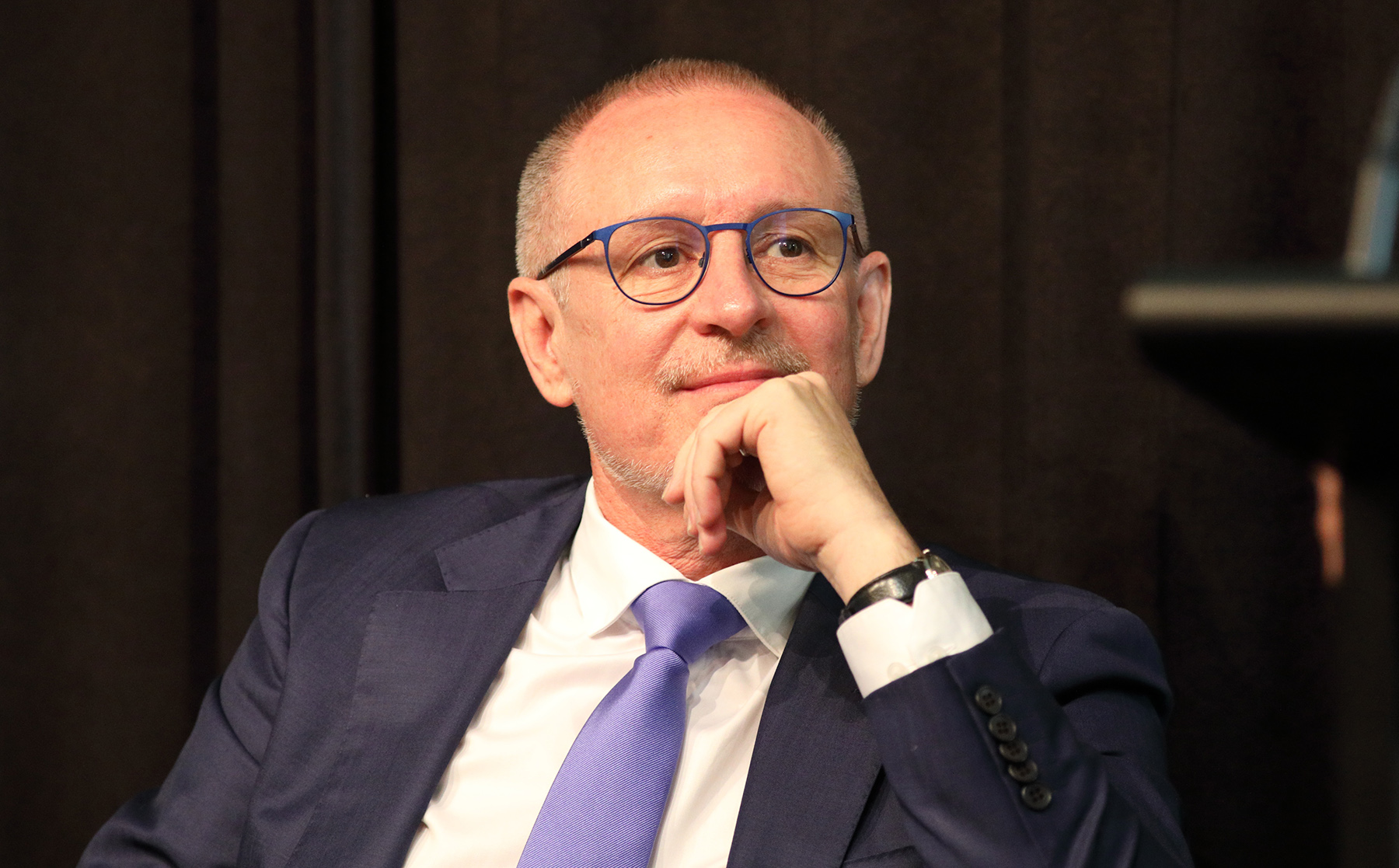 “We didn’t want to be paralysed by these challenges, we wanted to turn them into opportunities… we saw it as an opportunity to project an image of us around the world which reflected our values – we are saying to the world ‘this is a place that values action on climate change, come and be a part of this story – join this state that has not only the intellectual capital but the moral capital to take on one of the great challenges of our generation’.”

The former Premier acknowledged his predecessor Mike Rann, saying “he really put us on this trajectory”.

“What I’ll take credit for is not running away when it got tough… that was the moment of truth – the forces were gathering to deliver a coup de grace on SA,” he said.

“It was a crisis, but one of the advantages of a crisis is that it gives you political permission to act.”

“Everybody thought the blackout was the end of us… [but] the policy response became a really positive thing,” he said.

And then added jokingly: “Not quite enough to win me the election.”

South Australia, it says became “a net exporter to Victoria [in the last financial year] after the retirement of Hazelwood Power Station”.

However, SA retains the nation’s highest power prices, with the report sounding caution over the future challenges of intermittent wind and solar energy, arguing the Marshall Liberal Government’s promised interconnector to NSW, “currently undergoing investment testing, will be critical to help maintain reliability in an efficient manner”.