Human resources manager Reagan Garner was soundly trounced in the weekend’s preselection ballot to take on Centre Alliance incumbent Rebekha Sharkie, with Downer snaring 236 votes to 30, according to insiders.

The federal election contest in Mayo is shaping as a virtual replay of the July by-election, with Labor’s former candidate Reg Coutts understood to be firming to secure the nomination again, despite the ALP securing only 6.1 per cent of the primary vote.

Liberal party sources had suggested after their disastrous by-election showing – in which Sharkie was easily returned after quitting parliament over citizenship concerns – that the daughter of former Foreign Minister and Mayo veteran Alexander Downer should face an obligatory preselection challenge “so that people think she’s earned that right [to stand for Mayo] off her own bat”.

Garner, who also sought preselection ahead of the by-election but withdrew due to now-resolved questions about whether he retained Canadian citizenship, told InDaily he “did hear those comments” but insists he stood to offer a genuine alternative, rather than to legitimise Downer’s preselection.

“I heard those comments as well [but] there weren’t very many of them, it wasn’t a major theme,” he said, adding that Liberal members in the Hills-based seat “want to see a legitimate contest and process, and make a decision”.

“I did offer myself as an alternative candidate with a completely different background and experience,” he said.

“I’m obviously reasonably disappointed [with the result]… I thought I had a reasonable offering and something to put forward.”

He said it was “possible” he would put himself forward for preselection again if Sharkie retains the seat, but was “currently just looking at the local council elections [in Mount Barker] to see whether I’d weigh into those”.

“I probably will,” he added. 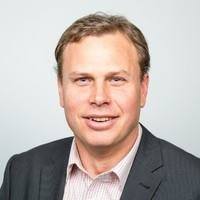 “Obviously I’ve got a passion for my area, and I wanted to be a part of the solution, not the problem.”

He said he had always argued that winning back Mayo from the former Nick Xenophon Team MP was “going to be a real challenge”.

“Rebekha is very popular,” he said, adding that a new face on the ticket after the failed by-election was “part of my pitch”.

“We need to tell people again what the Liberal principles and values are all about, and why the Liberal philosophy is a strong one, and why people should support that,” said Garner, who concedes he has only been a financial member of the party for around two and a half years.

“Small government, small taxes, small business – that’s who we are… and we need to rebuild that understanding in the community – I feel that’s been a little bit lost myself, in times gone past.”

He said the party must engender “that real sense of purpose of what it’s all about”, particularly “in the light of what happened in Canberra recently” with yet another leadership spat.

Despite the overwhelming margin, Garner feels his campaign “went well”.

“That’s a weird thing to say, given I didn’t win [but] I quite enjoyed talking to the members and getting round to see quite a few people,” he said.

“I’m a bit of a new face to them, so it was also part of them getting to meet me and understand who I am and what I’m about.

“They were really positive, but they decisively feel Georgina was the better pick… I don’t have anything personally against Georgina or anything like that, she’s a perfectly lovely person.”