The man who tapped Mike Rann on the shoulder to pave the way for Jay Weatherill’s premiership is now a shoo-in to lead the ALP in Opposition, after a factional deal was negotiated that will see a unity ticket with Close as deputy leader.

Confirmation late yesterday that a caucus meeting had been scheduled for April 9 to formalise the leadership signalled to Labor MPs that, as one insider put it, “they’ve sorted themselves out behind the scenes”.

In a statement today, Malinauskas said: “After much reflection and discussion with my family, I have decided to nominate for the position of leader of the South Australian Parliamentary Labor Party.”

“I will spend the coming days having discussions with my parliamentary colleagues.

“Despite the obvious disappointment of losing government, the future for our party and movement is bright.”

Close later confirmed her own candidacy in a separate statement, after a meeting of the Left faction today.

“I am pleased to support Peter Malinauskas’ nomination for the leadership of the SA Parliamentary Labor Party,” she said.

“He would be a worthy successor to Jay Weatherill and is the right person to lead us to regain government.

“I will nominate for the position of deputy leader of the Parliamentary Labor Party.

“Having been a member of the party since the age of 15, I have seen us in government and out, but always the strong voice for working people and for our community.”

The new generation of Labor leadership paid tribute to Weatherill, with Close – a factional confidant – praising his “outstanding leadership over the past six years”.

Malinauskas thanked the outgoing Premier “for his incredible service to the people of SA and the Labor Party”, adding: “I hope he and his family get the opportunity to have a well-earned rest.”

“I look forward to working with Jay closely in his capacity as the Member for Cheltenham,” he said. 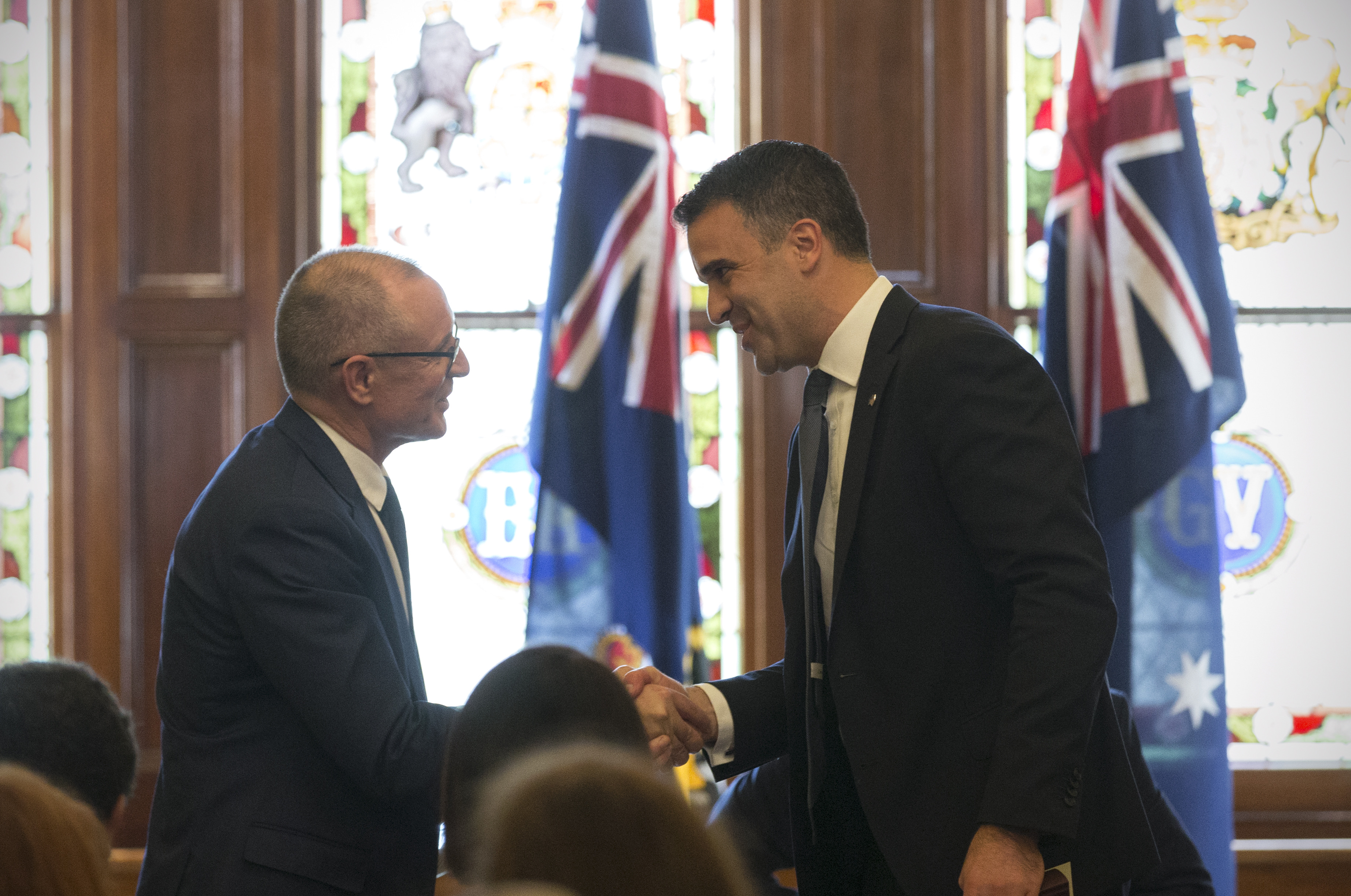 Long identified as a future Labor leader, the 37-year-old Malinauskas’s star has risen quickly in public life. He took over from factional godfather Don Farrell as state secretary of the influential Shop, Distributive and Allied Employees’ union – which effectively controls the Right’s Labor Unity faction – in 2008, aged just 28, and entered parliament in 2015 when a casual vacancy arose after the disgraced Bernard Finnigan left parliament.

Malinauskas shifted from the Legislative Council to the lower house in Saturday’s election, winning the safe seat of Croydon after the retirement of factional confidant Michael Atkinson.

The move means he will enter the House of Assembly for the first time as leader of the Labor Party.

While insiders have long said the long-time factional convenor could have the job if he wanted it, many were privately open to supporting Tom Koutsantonis as a ‘Plan B’, but the former Treasurer ruled himself out of contention yesterday, signalling the imminent confirmation of Malinauskas.

The factional deal to hand the Left the deputy’s role will further sideline Koutsantonis, who had also been spruiked as a prospective sidekick for the new leader, particularly given Malinauskas’s lack of parliamentary experience and the pair’s markedly differing styles.

However, as InDaily reported yesterday, senior Labor strategists are of the view that they can return to government within four years and are keen to keep the factional peace in the party.

“We must fight to win the next election,” a source said.

“That can only happen when the party’s united behind the leadership team in the same configuration that it has been.” 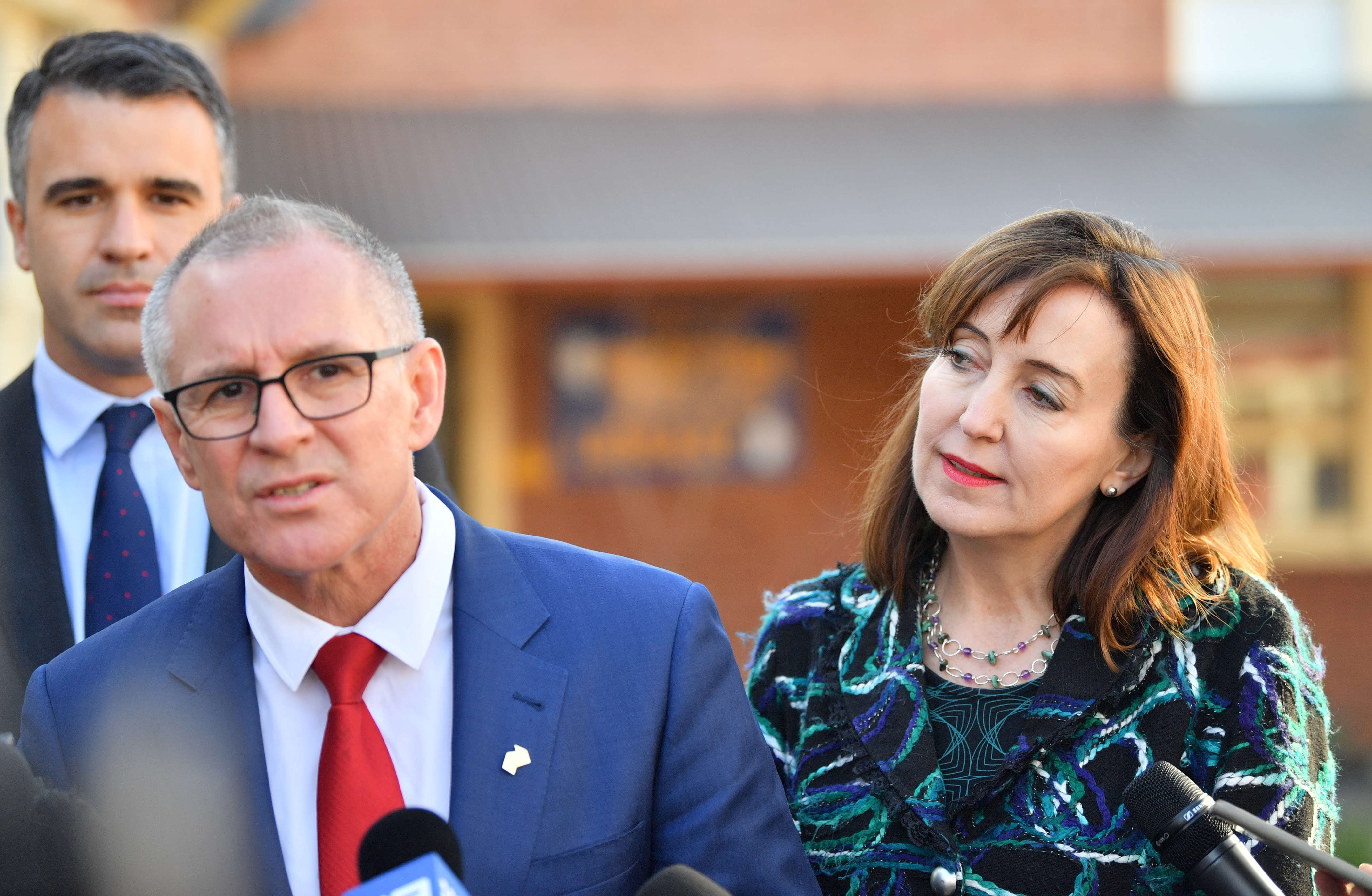 Over Labor’s period in office, the dominant Right has had to make do with the deputy’s position, having pragmatically elevated the unaligned Mike Rann and the Left-faction Weatherill.

Another insider said Malinauskas had spent recent days canvassing senior colleagues “to make sure if he puts his hand up, it would be a united team”.

“Everyone’s behind him to be the leader, and that’s why he’s put his hand up today,” they said.

Koutsantonis may well retain his Treasury portfolio in Opposition, although that could raise logistical issues, with the key economic role in Government being managed away from the Question Time fray by Rob Lucas in the Upper House.

One source said Koutsantonis would “probably get his choice of whatever he wants to do” in Opposition, and would have “a very senior role within the party”.