InDaily revealed early this month that a senior ALP insider had compiled a booth-by-booth analysis of the 2016 Senate vote to project Xenophon’s likely stronghold seats.

That exercise has now been repeated by an industry insider using data from the Lower House – with the Nick Xenophon Team running a candidate in every SA House of Representatives seat in 2016.

Sources believe while the results are likely to be skewed by prevailing political issues and the popularity – or lack thereof – of individual candidates at the federal poll, they would still represent, if anything, a conservative estimate of SA Best’s chances in most seats.

Based of this analysis, seats such as Morialta, Finniss, Mount Gambier, Schubert and Stuart – all Liberal-held – are among the most strongly-tipped to fall to SA Best… except that the party is yet to preselect a candidate for any of them.

Only one, to date, is a certainty, with Xenophon confirming to InDaily today that he would be running a candidate in Morialta, the seat adjacent his own prospective target of Hartley, with a formal announcement expected “in the next few days”. 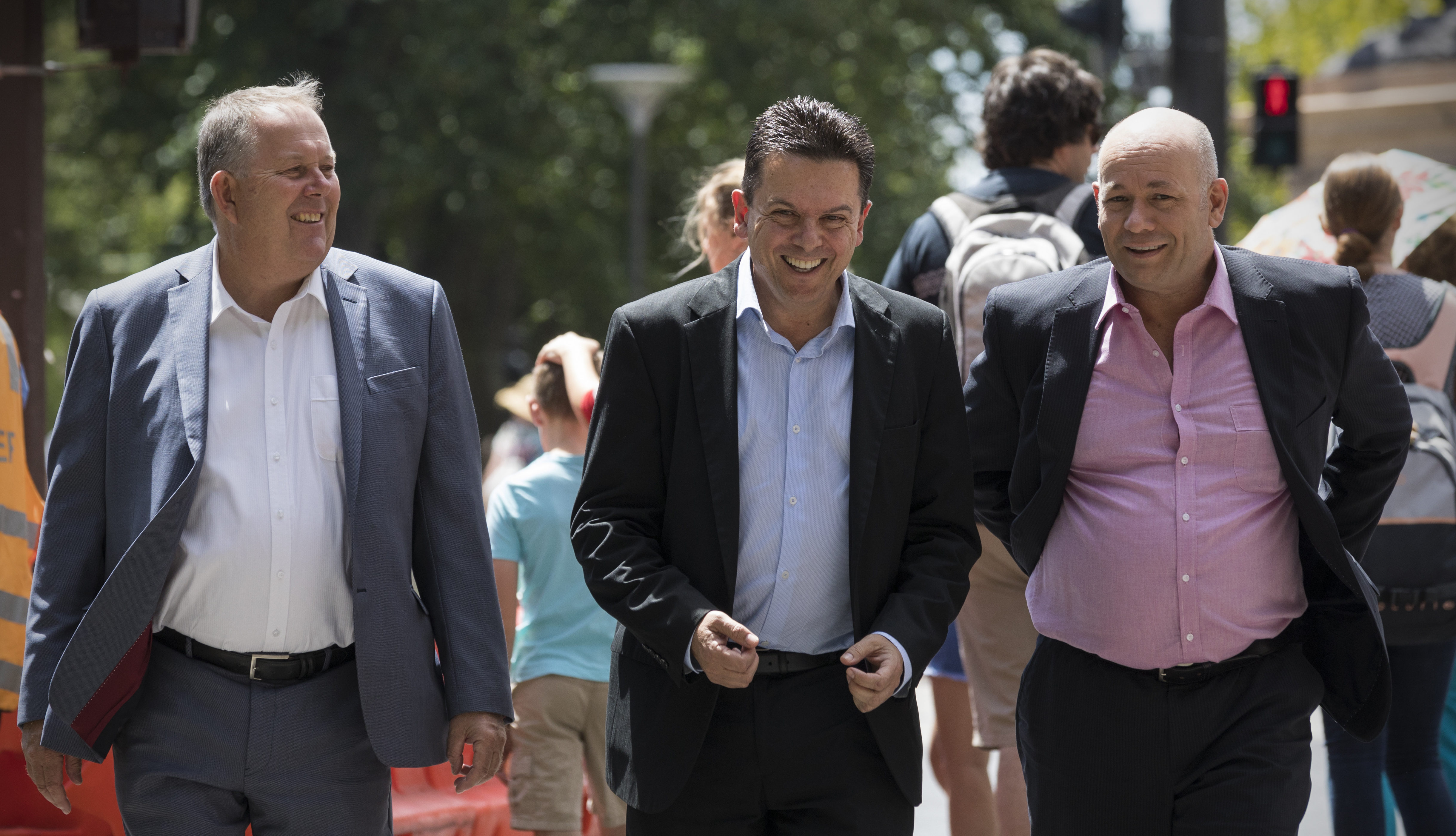 Nick Xenophon has gone on a candidate-announcing spree – but has neglected key battlegrounds so far. Photo: Ben Macmahon / AAP

Based on the 2016 HoR vote, Xenophon’s brand polled over 27 per cent in Morialta-based booths, easily beating Labor (19.75) into second place, which would see SA Best come over the top of the Liberal Party (39.83) on a two-candidate basis.

Mount Gambier is complicated by the candidacy of independent former Liberal Troy Bell, but the NXT’s 32.18 per cent showing there would put it well within calculations of snaring the seat.

Schubert and Stuart are tighter affairs, but with NXT candidates picking up 24.28 and 28.58 per cent of the primary vote in 2016 in the respective seats, they would be seen as squandered opportunities if no candidate emerges for either.

In only one nominal state seat did NXT outpoll both major parties in the 2016 federal election – Heysen, which sits at the epicentre of Rebekha Sharkie’s federal seat of Mayo.

It’s understood a Xenophon hopeful lined up for the Fleurieu seat of Finniss has since withdrawn for personal reasons – following SA Best’s initial candidate Rhys Adams being swiftly deselected over an indiscreet Facebook post.

“We don’t have a candidate for Finniss [but] we’re working on it,” Xenophon said today.

Also up in the air are the Liberal strongholds of Schubert and Stuart – held by frontbenchers and rising stars Stephan Knoll and Dan van Holst Pellekaan – with Xenophon insisting they were being “considered” but “it’s a question of priorities”.

“There are people with high calibre, potential candidates, coming forward,” he said, denying his approach to candidate selection was failing to consider the most winnable electoral battlegrounds.

“It’s not ad hoc – we need to have the right candidate for the seat,” he said.

“There’s nothing ad hoc about this – this is about getting a good candidate to give people a strong credible choice in the seats they’re running in.”

There are strong whispers that Mount Gambier is back in play, with prospective local campaigner Kate Amoroso posting various observations on her personal Facebook page over the weekend, as Xenophon confirmed 10 new candidates via media “drops” to the weekend News Corp papers – as predicted by InDaily last Thursday.

SA Best has now confirmed it will run candidates against Marshall and Premier Jay Weatherill, as InDaily also revealed last week, with one time Liberal hopeful Jassmine Wood and current Mitcham councillor Karen Hockley also among the new glut of candidates, with 26 now confirmed for the lower house.

Xenophon was coy about his dealings with Amoroso, who has refused to pay the upfront $20,000 campaign fee demanded of SA Best candidates.

“I’m still talking to candidates, I spoke to Kate recently… I have a lot of respect for Kate,” he said.

“There’s more work to do in Mount Gambier.” 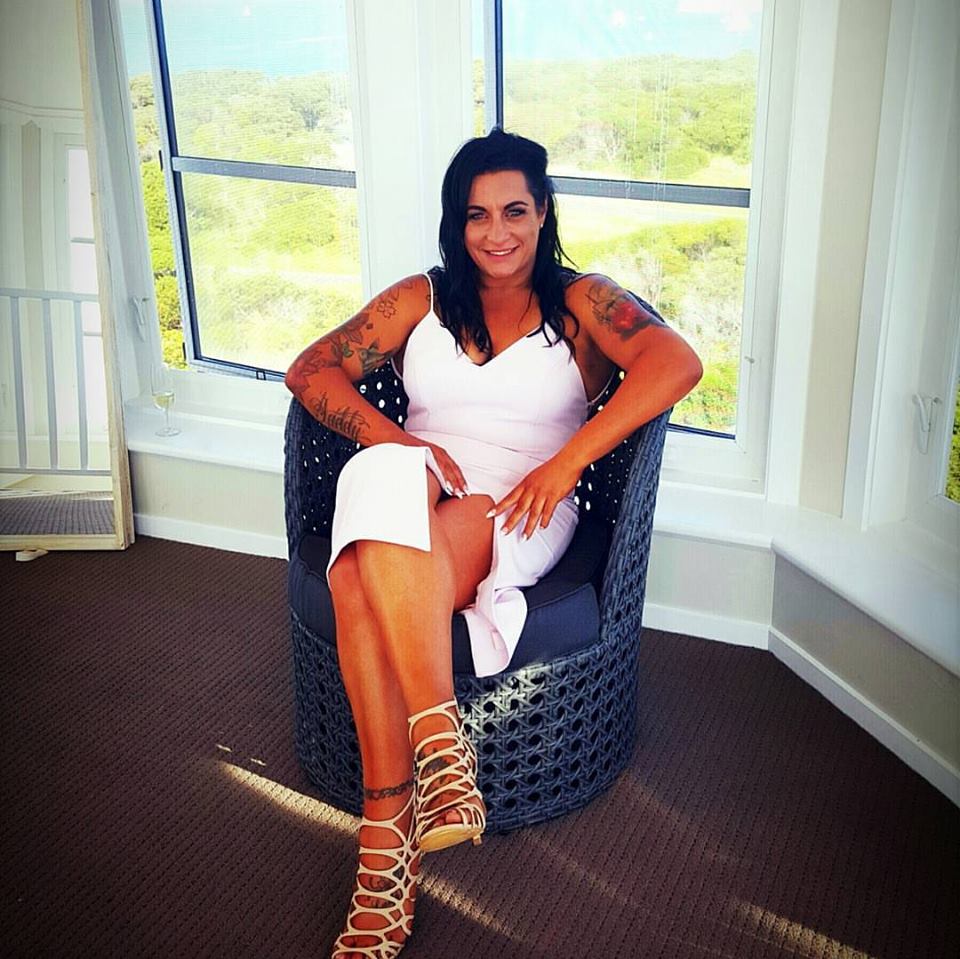 He said he would put out a statement shortly to “clarify” the situation with the candidate fee, with revelations “some candidates have paid upfront [while] others have received a loan” from Xenophon personally.

“I don’t have much more to say about that, other than it was known to candidates and people understand that some people needed some assistance,” he said.

“I’ve had to take our my own loans to help fund all this.”

He insisted he had not drawn on his parliamentary pension from his decade as a senator, saying “it didn’t even cross my mind”.

“I have no income – zero income… I’m living off savings and frozen spanakopita,” he said.

Xenophon today defended dodging scrutiny of his candidates with his News Corp-dominated media strategy, telling ABC Radio Adelaide: “I think that we have to do what’s best for the campaign, best for the candidates, best for SA Best.”

But asked by InDaily whether he was conceding his candidates were dodging scrutiny, he said: “No that’s not fair.”

“The candidates will be campaigning, they will be subject to the scrutiny that matters – of the voters.”