Controversial pollsters Crosby Textor – helmed by Kadina-born political guru Sir Lynton Crosby – have been singled out for criticism in the wake of May’s disastrous campaign, in which she sought a mandate for “strong and stable government” with an early election, only to see the Tories’ majority evaporate.

The company has had a hand in a long succession of Liberal Party campaigns in Australia, and there was rancour in the local party ranks after Steven Marshall’s failed 2014 campaign that the party had rejected a pitch from the firm.

Marshall confirmed to InDaily that the state Liberals had used the firm for “some of our polling”.

“They have done polling since the last election, which informs our strategy, [but] we use a range of sources for strategic advice,” he said.

Liberal state director Sascha Meldrum refused to comment on either their past or future involvement, saying: “As a general rule I don’t talk about internal campaign mechanics.”

While Crosby and Textor can’t be blamed for the policy blunders that helped swing the momentum of the British campaign, the Prime Minister’s “strong and stable” mantra – delivered ad nauseam, and often with no direct relevance to the question at hand – was reportedly the brainchild of Sir Lynton.

Britain’s The Times newspaper reported today that May herself despised the refrain, and wanted to abandon it.

The pollster’s political critics, both within and outside the Conservative Party, were quick to pile in with criticism after the election result.

The Independent newspaper’s political correspondent, Tom Peck, wrote that after “Sir Lynton’s latest triumph, of taking a British Prime Minister widely regarded as the safest pair of hands in politics, pushing her through the now immaculately tuned Crosby sausage machine, and watching her emerge at the other end with her reputation, majority, authority, party, country and dignity in tatters… they will surely need to find themselves a new strategist”.

Former Australian PM Kevin Rudd was among those who took to Twitter to revel in the moment.

It seems "Sir" Lynton Crosby, Australian conservative political hatchet man, may not have had such a brilliant British election after all.

The schadenfreude from the Australia Left is hardly surprising, given both the extent of their losses against Crosby-Textor-led campaigns, and the nature of those campaigns themselves.

Sir Lynton, controversially knighted for “services to British politics” after masterminding the Tory majority that has now been obliterated, as well as overseeing likely leader-in-waiting Boris Johnson’s bid to be London mayor, has helped pioneer a particular political tone, helpfully explained by Johnson himself in a 2013 article for the London Telegraph.

“Let us suppose you are losing an argument,” Johnson wrote.

“The facts are overwhelmingly against you, and the more people focus on the reality the worse it is for you and your case. Your best bet in these circumstances is to perform a manoeuvre that a great campaigner describes as ‘throwing a dead cat on the table, mate’.

“That is because there is one thing that is absolutely certain about throwing a dead cat on the dining room table – and I don’t mean that people will be outraged, alarmed, disgusted. That is true, but irrelevant. The key point, says my Australian friend, is that everyone will shout ‘Jeez, mate, there’s a dead cat on the table!’; in other words they will be talking about the dead cat, the thing you want them to talk about, and they will not be talking about the issue that has been causing you so much grief.”

Of course, any Crosby Textor involvement in the SA Libs’ bid to leave the political wilderness would not be at this level of strategy. For one thing, it’s understood the firm charges around $40,000 just for a preliminary benchmark poll, putting its ongoing services beyond the likely capacity of any state party branch, let alone one that has not been in office for 16 years.

But, while Fairfax reports today that May was warned some weeks out from the election that her majority was in peril, there are nonetheless red faces in the Tory camp after its high-priced pollsters – including Textor himself – publicly mocked a rival poll predicting a possible hung parliament little more than a week before polling day. 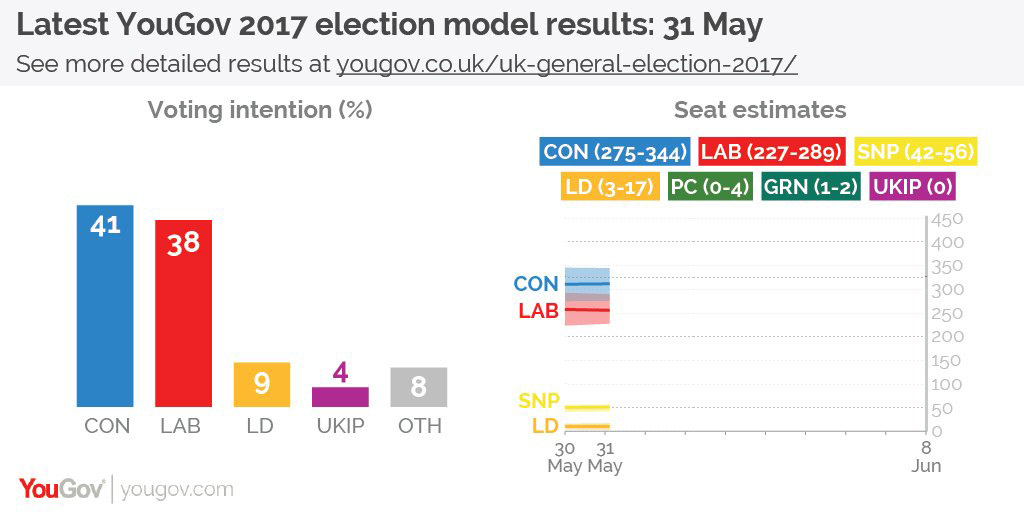 Former Barack Obama “fixer” Jim Messina, part of the Tories’ team of strategists, berated YouGov.co.uk and its director over a May 31 poll putting the Conservatives at 41 per cent ahead of Labour on 38. 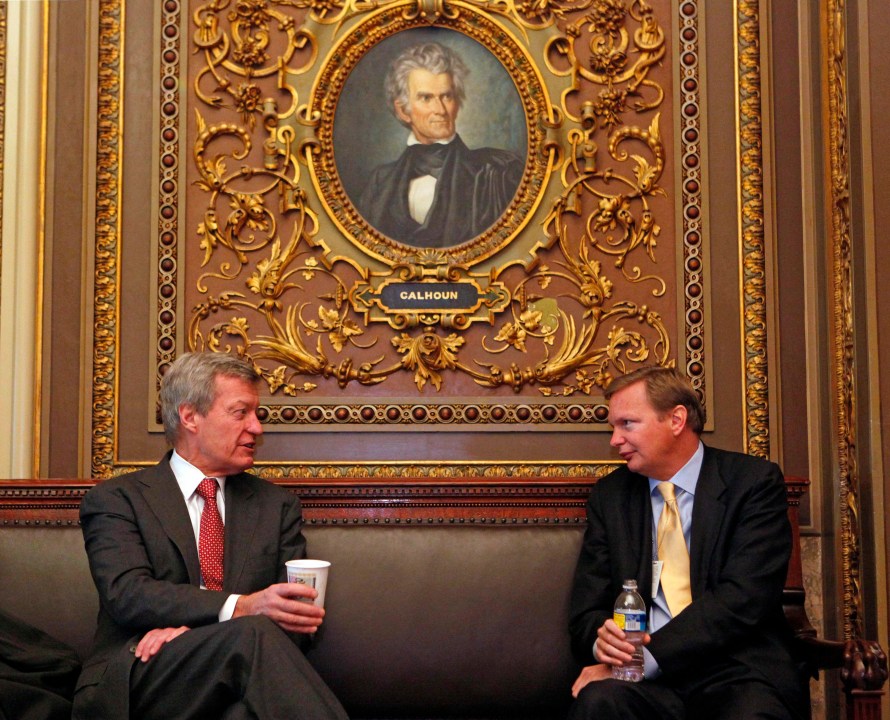 Messina tweeted that he had “Spent the day laughing at yet another stupid poll from @yougov”, before challenging director Ben Leet to a bet for charity.

Textor chimed in, agreeing the poll was “quite bizarre”.

Spent the day laughing at yet another stupid poll from .@yougov. Hey .@benleet do you want to bet for charity? I'll take the over.

It was quite bizarre. https://t.co/BEEEH9gZmg

I didn't take the bet, but watching the twitter backlash to it has been reward enough. I wonder if a charitable donation will follow anyway?

The tweet below reminds you that campaign strategists don't know much but overclaim hugely https://t.co/L06UXhuQi4

Where the Tory campaign went wrong. If only they'd spent more time understanding @yougov data not attacking it. https://t.co/H3cS06tYSr

For his part, Marshall appears to distance the state Liberals from any reliance on “dead cat” campaigns or endless repetitive soundbites of the “strong and stable” variety.

“This will be a completely different campaign from the one that was run in 2014,” he tells InDaily.

“The next campaign will not just be incrementally different, but a step change. People are very cynical about billboard slogans; what they want to see is what’s going to be important to them.

He argues that the Opposition’s much-derided “2036” directions statement was a part of that process, “pointing out our values, and saying ‘this is our long-term vision…our values as Liberals, our reform agenda’”.

Despite changes to the electoral boundaries the Liberals consider more representative of the statewide two-party vote, Marshall insists: “Statewide messaging didn’t resonate in 2014; there’s no chance it’s going to resonate in 2018.”

“I think that’s the old paradigm,” he says.

“I think now it’s about listening to the people… and we can demonstrate that’s what we’ve done.”

He says he’s “not an expert on what happened in the UK”.

“But I make the point that this concept of a statewide two-party-preferred vote informing strategy… those days are gone,” he says, arguing that celebrating a personal approving rating bounce of one point “doesn’t matter a jot”.

Rather, he insists, the campaign will be about appealing to the individual voter “and that’s the work we’ve been doing”.

“We made this decision in March 2014… to do that ground work, hearing what these [individual] aspirations are and addressing those issues one by one.”

The recriminations in the aftermath of May’s own-goal are echoed whenever a party widely assumed to be heading to a big victory falls short – or loses.

In the SA Liberals’ own case, in 2014, it was then-state director Geoff Greene who wore much of the opprobrium.

He concedes he made the choice not to invest in Crosby Textor’s services before the campaign, but thinks sheeting home the blame from the British Conservatives’ failure to the pollsters is unfair, albeit inevitable given the firm’s lofty reputation.

“I think it’s more a fact that they get too much credit for the good and too much blame for the bad,” he reflects. 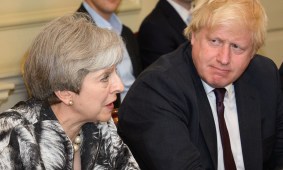 I'm here as long as you want me: May

“Ultimately, parliamentarians have to take responsibility for their campaigns.”

He noted that Sir Lynton, despite his SA pedigree, was ingrained in the UK political scene and wouldn’t in any case take a personal hand in helping Marshall’s campaign – although Textor has reportedly made personal presentations to senior local Liberals.

“I wouldn’t have thought in the Crosby Textor scheme of world politics that the SA campaign will be high on their agenda,” he says.