Sean Edwards, who lost his seat at this year’s election after being bumped down his party’s senate ticket, has launched a strident defence of a proposed high-level repository, lamenting that the debate has “been drawn into a prism of a March 2018 election cycle”, and declaring: “It’s only the politics that will destroy what could be a very prosperous future for SA.”

He also warned his state Liberal colleagues that Premier Jay Weatherill’s stance – which has wrong-footed many on the Labor left while pandering to the pro-nuclear business lobby – may help him ultimately emulate the appeal of US president-elect Donald Trump.

“Jay Weatherill may indeed between now and [the election] capture the hearts and minds of the Trumpites out there who want to be led from this very, very dark time in our state’s history,” Edwards told InDaily.

Marshall last week unilaterally shifted the Opposition’s position to reject any further discussion on the nuclear dump, ramping up his rhetoric with the warning the project “has got ‘State Bank’ written all over it”.

“Our own rigorous assessment of the proposal discovered that the economics of a high-level nuclear waste dump don’t stack up,” he said yesterday.

But Edwards flatly rejected that, insisting: “Nobody has tested the veracity of the people who claim it’s not economical.”

He alluded to former British PM Margaret Thatcher’s famous riposte to Australian journalist George Negus, who asked her why British people thought she was ‘pig-headed’ only for Thatcher to demand their names.

“In the words of Margaret Thatcher – ‘name them’… table the modelling,” Edwards said.

“All these people who are saying it’s not economic: show me. Because for every condemnation these people make, I have an alternative that would debunk that.

He lamented that “these people are not tested by the media or their political opponents as to how they assert that it’s not economic”.

“No higher authority than a royal commission has found it’s demonstrably of economic benefit to SA, and you get these fringe-dwellers saying it’s not,” he said.

“The project outlined in this submission could be scaled-up to a level that provides 25 per cent more electricity every year than SA currently uses, displacing five million tons of carbon dioxide in the process and give the power away,” he wrote at the time.

“With electricity given to the market at zero dollars per megawatt hour wholesale, the project still makes $17 billion in today’s money… my submission details a plausible and profoundly transformative industrial outcome for SA.”

The Weatherill Government yesterday officially responded to the Scarce report, opting to step up uranium exploration and mining but not to pursue policy or legislative change related to storage.

Edwards says now that while the commission’s report did not discuss generation of recycled fuel “because it wasn’t charged with that”, his dealings “with international governments while I was in the senate” had shown him there are willing partners.

“There’s an appetite for the people of SA to move into generation of carbon neutral, low or no cost energy for all South Australians,” he said.

“This debate is much broader than the politics [but] sadly it’s been drawn into a prism of a March 2018 election cycle.

“The issue is much bigger than that for SA… I say to any political party: outline your future for an economic policy which is more dramatically beneficial in the short term than this option.

“The science is in – it’s safe; it’s only the politics that will destroy what could be a very prosperous future for SA and I think it’s a grave risk for anybody to continue to detract from any kind of positive future for SA.”

Mocking political media stunts talking up job creation, Edwards asked “where are the fluoro vests going to come from” without the kind of large-scale job creation inherent in the nuclear option.

“It’s not OK to be a naysayer without an alternative plan as a political party,” he said.

“I’m not going to narrow it down to Labor, Liberal, Xenophon or any other party [but] I don’t want shallow, glib lines: I want to know, if this doesn’t go ahead, where they stand on how to reinvigorate SA’s economy?”

He said economic salvation could only come with low-cost energy, arguing “we’ve seen what high-cost energy is doing, it’s turning us into a rust-belt”.

“Someone come up with a plan for low-cost energy; don’t get lost in the minutiae of rants from interest groups – outline the vision!”

“When you look at counties like India, China and the Arab states, they’re all building nuclear power plants; they’re all going to be customers,” he said.

“And we’re sitting back here outsourcing democracy – which I’m very critical of Labor for doing – to citizens’ juries that get captured by minority groups who then write a ticket for all South Australians.”

As if to highlight the political nature of the debate, the state Liberals today released a report they say casts doubt on the economic modelling relied upon by the royal commission – the same report pro-nuclear Labor advocates used on Sunday to bolster their case for a waste dump.

The Opposition lamented “selective leaks to the media on the weekend” from the report – before distributing a selection of its own extracts, with relevant sections highlighted.

The report, commissioned from independent US-based advisory body Nuclear Economics Consulting Group by the joint parliamentary committee dissecting the Scarce report, broadly backed the commission’s view that “the project may be a viable and profitable investment for SA”.

But it also warned that the modelling was based on a “preliminary opportunity assessment” which required more investigation.

The commission report “is an acceptable starting point for further detailed, in-depth analysis,” the review found.

“At the same time, NECG considers it would be premature to decide on the commercial viability of this project based only on the [modelling provided to the commission by] Jacobs MCM.”

“A critical review at this stage will naturally identify a multitude of detailed assumptions that can be questioned in different ways or even suggest different assumptions,” it said.

Liberal committee member Rob Lucas said today there were “very significant questions and concerns being raised by these independent international experts about the assumptions that underpin the project”, which “justifies our position that the significant financial risk doesn’t justify proceeding with the project”.

Interestingly though, the report appears to debunk the Liberals’ fundamental reservation, that $600 million must be spent on set-up costs before a final decision to proceed is even taken. 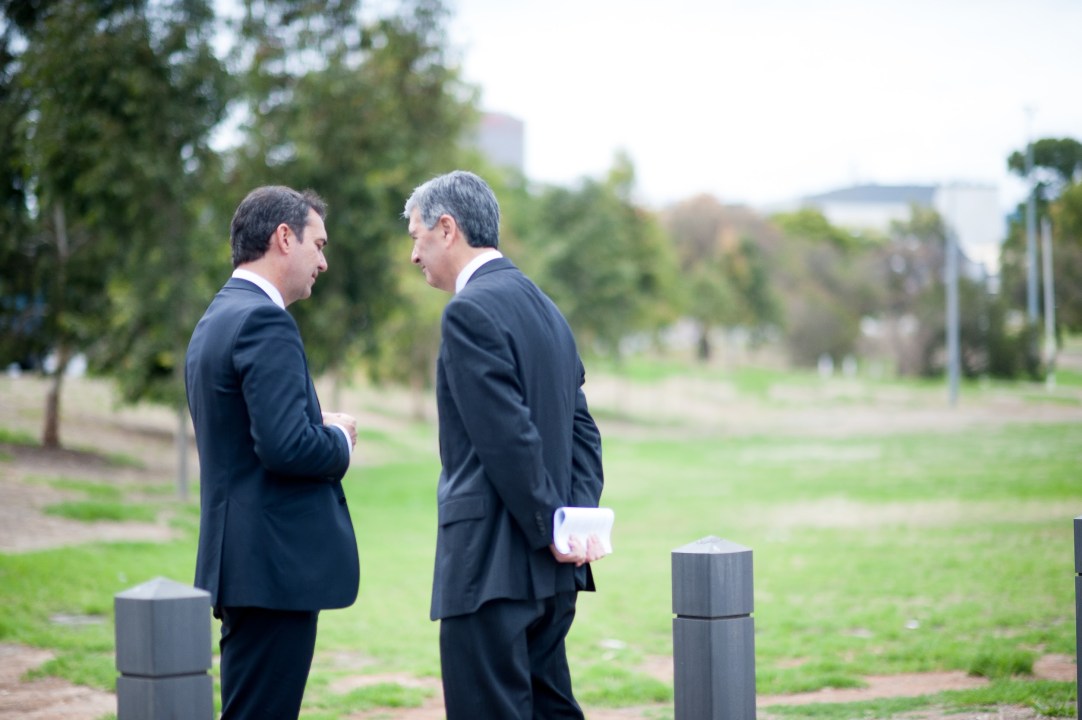 “NECG is concerned with a view of the project development process that [would] commit all the activities described in the Jacobs MCM Report for the first six years [at an estimated cost of $600 million] and decide at the end of the six years to invest in the project or not,” the report states. 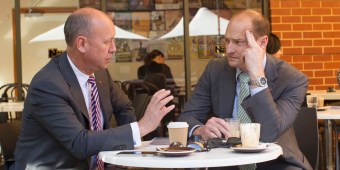 “NECG believes that a better approach is possible to advance the project from a potential opportunity to an implementable business plan… such an approach would involve a series of project ‘decision gates’ that must be passed before additional commitments are made. Focusing near-term activity and expenditures on resolving important issues early (i.e. successfully passing the decision gates for these issues) will allow better management of the project assessment and development process.

“A more nuanced, incremental and detailed approach to project initial activities should be developed, in line with established practice in comparable major undertakings internationally.”

A Government spokesman said the report “supports the veracity of the economic analysis and supports the Government’s position in urging further debate and inquiry”.