The state secretary of the shop workers union yesterday confirmed he would take up Jay Weatherill’s invitation to stand for the casual vacancy created by the resignation of disgraced former Labor MLC Bernard Finnigan.

With the implied support of Labor’s powerful Right faction and the Weatherill-led Left, he is a shoo-in to secure his party’s nomination when the state executive meets on Friday.

InDaily can reveal his position at the Shop, Distributive and Allied Employees’ Association will be filled by long-time assistant secretary Sonia Romeo, whose husband Dan is Weatherill’s chief of staff.

Romeo will be acting secretary once Malinauskas’s appointment is confirmed, and will stand for election to assume the role full-time. Current union organiser Josh Peak, considered another rising Labor star, will become assistant secretary. 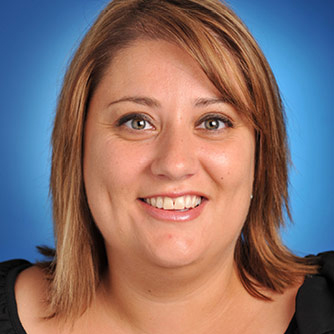 Romeo, who first joined the union more than 20 years ago as a 14-year-old Foodland employee, said in a statement to InDaily: “If Peter is successful in his nomination and is elected to State Parliament, I am pleased to have the support of the SDA Committee of Management to step up to the role of (Acting) Secretary.

“In the event that there is a vacancy for the role of Secretary, I look forward to putting my name forward and working hard to further gain the support of members.”

Malinauskas said whoever took his role if he entered parliament was “ultimately a decision of the members of the union”, but “there’s absolutely no doubt in my mind Sonia is best placed to lead the union at a significant time in the industry”.

He said she had worked in several different roles and “most importantly, her rapport with shop stewards and delegates is second to none”.

Her husband Dan joined Weatherill’s office after working as chief of staff to Right-aligned John Rau.

InDaily can also reveal Malinauskas will face at least one challenger in his preselection bid, with long-time Labor member Dr Quentin Black throwing his hat in the ring to provide a “choice”.

A clinical psychologist, Black has a long history in Labor politics, having run twice in Hartley – in 1997 as an unaligned candidate and in 2002 for the Right – before the seat’s preselection was traded to the Left in a factional deal. That enabled Grace Portolesi to enter parliament in 2006.

Nonetheless, Malinauskas will be virtually rubber-stamped for the vacancy, but sources are adamant he will likely seek a move to the House of Assembly when the Upper House term expires in 2018.

InDaily has been told Atkinson has long been willing to vacate his seat to Malinauskas “if he ever wanted it”. Having worked hard to fortify Croydon as the state’s biggest Labor stronghold, he is likely to want to pass the baton to someone regarded as a future party leader, sources say.

Asked whether he had ever discussed a transition with Malinauskas, Atkinson told InDaily: “There are as many candidates for my seat as there were runners in last month’s Cox Plate.”

Asked whether he intended to retire at the next election, the Speaker said: “I love my job…I’m campaigning harder than the average House of Assembly MP.”

It’s understood Peter Louca, former chief of staff to Jack Snelling and current executive director of Arts SA, had previously held designs on Croydon, but he told InDaily: “I’ve no understanding of the state of play in Croydon … I’m not involved in that side of things at the moment.”

But the latest machinations have put some noses out of joint in the party’s dominant Right faction, with Weatherill’s “captain’s pick” the latest in a series that have thwarted Labor Unity’s authority.

Finnigan’s seat was long-promised to former state secretary Michael Brown, who stood aside for the more senior Malinauskas after Weatherill’s intervention.

That followed similar assaults by the Premier on the faction’s authority, with Right-anointed minister Russell Wortley dumped from cabinet and long-time powerbroker Don Farrell forced to withdraw his candidacy for Napier after Weatherill sensationally threatened to quit.

Ironically, less than two years later it was Weatherill who hand-picked Farrell’s SDA successor for a parliamentary post.

He also thwarted a factional deal to separate the Treasurer’s role from the Deputy Leadership – designed to appease then-leadership aspirants Jack Snelling and John Rau – by appointing himself Treasurer in 2013.

One right-aligned Labor insider told InDaily there was a “general feeling” that “Weatherill seems to have taken that role (of choosing factional postings) upon himself”.

The source said by advertising his role in the Malinauskas appointment, Weatherill “gave the clear impression that he was calling the shots, rather than the Right”.

“He did it with Farrell as well – that was a position of the Right and up to the Right to determine who would fill that spot.

“I suppose it shows up the inherent weakness of the (faction) … people defer to the all powerful Right but it no longer seems to be in control of its own destiny.”

If Malinaukas is elevated to the ministry, Weatherill will face a dilemma – whether to maintain the factional balance by evicting a Right-winger, most likely Tony Piccolo.

Reshuffle looms as union boss says "I do"

All the current Upper House ministers hail from the party’s Left, but two – Gail Gago and Ian Hunter – would be considered extremely vulnerable.

If either were to be demoted, the “consolation prize” of the Legislative Council presidency could be delivered back to the Left as a sop, meaning Weatherill would effectively sack Russell Wortley twice in three years.