The moderate Liberal faction is on the charge.

Pratt, who recently moved into the electorate and took leave from Sanderson’s office in December to campaign, secured 39 of the more than 150 votes cast in the first round of the ballot, which saw the Right’s candidate, real estate agent Craig Honan, knocked out with just 17.

Pratt was backed by the moderate-dominated state executive, whose members have voting rights in preselection ballots.

Some in the party are also incensed that the conservative vote was split between two nominees, after chartered accountant and former party Treasurer Michael van Dissel threw his hat in ring, with endorsement from a range of centre-Right MPs as well as moderate powerbroker Anne Ruston.

In some ways, it’s symbolic of the damaging fallout of the Right faction’s recent split, which has already cost the conservatives their brief reign as the dominant political force in the state party.

But Pratt, whose father Michael was formerly the federal MP for Adelaide, can’t breathe easy just yet. 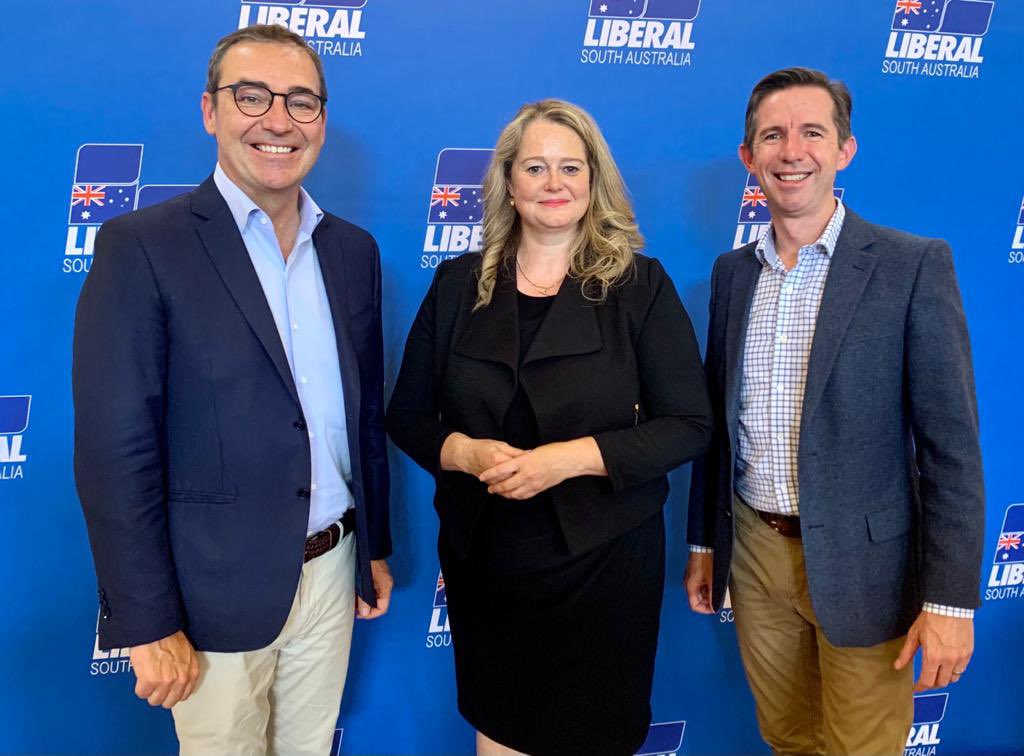 While, with Brock gone, the Libs have a nominal 16 per cent margin in Frome, the electorate has shown itself willing to back an independent candidate – should one emerge.

And party sources tell InDaily that could well be the case – with van Dissel’s uncle, local medico Max van Dissel, believed to be considering his options.

The elder van Dissel has run in Frome before – in the 2010 election under the ‘Save the RAH’ banner, which was covertly backed by the Liberals – although he only snared 328 votes.

The Kapunda GP also stood for the state Liberal presidency in September – narrowly losing out to veteran ex-MLC Legh Davis after key moderates switched their support.

Van Dissel told InDaily today he was currently focussed on contract negotiations for rural doctors, “and I’ll review my political ambitions in the middle of the year”.

The conservatives haven’t had a happy time during the recent spate of preselections, with just Tumby Bay mayor and former LGA president Sam Telfer snaring preselection as expected in Flinders, replacing the retiring Peter Treloar.

It’s been a busy few weeks on the preselection front, with Labor confirming their worst-kept secret that federal backbencher Nick Champion would replace noted Solitaire enthusiast Jon Gee in Taylor.

That’s left Tony Piccolo to stay in his happy hunting ground of Light, after abandoning his shortlived bid for Schubert.

Which at least means his famous collection of monogrammed ‘Member for Light’ shirts won’t need to be binned.

On top of all that, the Liberal Right’s highest – and somewhat dubious – claim to fame was in influencing the contest between two moderates for the winnable third spot on the Liberal senate ticket.

After all, Liddle insisted she “attended one ALP meeting some 15 years ago, in 2006 [and] when I heard the unionists pushing their agenda it was immediately clear their politics and policies were not relevant to me [so] I never went back”.

This mea culpa pricked up the ears of Labor veteran Michael Atkinson, the former Attorney-General and parliamentary Speaker.

Liddle says that’s correct, and that it was a mere “introductory meeting” at Labor HQ that cooled her enthusiasm from the get-go.

Happily for those ALP members ruing her departure, she evidently continues to fly the Labor flag – if only by accident.

Several attendees have told InDaily that during her speech to state council, she inadvertently enthused about encouraging people to elect a Labor Government.

She then turned to Premier Steven Marshall and, to much mirth, told him: “I’ve made your mistake!”

Liddle concedes the “half gaffe”, but it seemed to break the ice with the assembled delegates.

Marshall, of course, infamously exhorted South Australians to “vote Labor” on the eve of the 2014 state election – which they promptly did.

Talking of Atko, he’s kept up a keen interest in the Liberal preselections, punctuating each result with his commentary on Twitter.

He’s noted, for instance, that political staffers are now “closing in on a monopoly of pre-selections”.

He was also first out of the blocks in calling the Schubert result a “catastrophe for the Liberal conservative faction”, adding that “if they can lose Schubert, they can lose anything”.

Atko’s post-retirement Twitter activity might practically define what that ‘old man yells at cloud’ Simpsons meme was invented for, but he should know.

He’s long taken a keen interest in the Barossa seat, playing a lone hand manning polling booths for the ALP.

Moreover, given their moderate bent, he’s arguably to the Right of almost every Liberal member of state parliament.

While Penny Pratt is celebrating her preselection, her boss Rachel Sanderson has endured a torrid few days.

Last week’s review by former District Court Judge Paul Rice found her Department was “riddled with cultural issues”, in which serious sexual offending against children “could be thought to be a sign of failure which may reflect badly upon the executive”.

The minister herself came in for a serve, with the report finding she “failed” to inform the Department that she wanted to know about the serious sexual abuse of children under the guardianship.

Given her marginal Adelaide electorate is one of the Liberals’ most vulnerable, she’s no doubt hoping all the bad publicity goes away soon – but a prominent constituent is making sure it remains front of mind in the area.

North Adelaide businessman and former racing identity Brenton Griguol has adorned his Tynte St property – formerly the late-lamented Daniel O’Connell pub, now adorned simply as One Sixty Five – with a none-too-subtle dig [pictured above] at Sanderson’s handling of her portfolio.

Griguol and a bunch of fellow entrepreneurs first took against the Adelaide MP in 2019, when they fell out with the Liberal Party over the land tax aggregation saga.

They say any publicity is good publicity, but Sanderson – whose office did not respond to inquiries today – may disagree in this case.