A little bit too transparent

Transparency hasn’t been the Adelaide City Council’s strong point over its decision to buy the old Le Cornu site on O’Connell Street for millions of dollars above its commercial valuation.

The council has been feverishly debating the issue both in public and behind closed doors, the latter apparently to protect commercially sensitive information about the potential return to the council from different sorts of developments.

In official minutes of a committee meeting last week, published online, the council included four written submissions from locals in response to consultation on its plans for developing the site (most of the feedback was via a separate survey).

The names of the residents have been blacked out to ensure confidentiality. However, the censor’s pen isn’t quite dark enough, allowing anyone with the capacity to squint to discern the names and email addresses of those providing input.

Two correspondents, in particular, are forthright in their views, so may not wish their names to be made available to the world.

One says that “at least one councillor seems to be ‘politicking’ to a very narrow constituency that he represents in North Adelaide”. He goes on to say that the site is “once again being used as a play thing of the NIMBYs and others”.

Another correspondent sums up – one might suggest – the other side of the argument.

This writer argues the “continual commercialisation of the North Adelaide area is not conducive to the existing way of life as it now exists”.

He wants a height limit of three storeys on the site which, reading between the lines of the council’s discussions, is unlikely to be commercially viable.

The “long-term resident of Tynte Street” says he has been closely watching the council’s “shenanigans” around the Le Cornu site’s redevelopment.

The jury is out

The Liberals were scathing of the Weatherill Government’s experiments in “deliberative democracy”, but they’re having a little nibble at it themselves now they’re in government.

The future of the Repat Hospital, ostensibly shut down by Labor, has been thrown open for community discussion, with the Government hiring Adelaide company Democracy Co to run the process.

Democracy Co, readers will recall, was heavily involved in Labor’s citizens’ jury on the proposed high-level nuclear waste dump for South Australia. That jury gave the then-Government an answer they weren’t looking for – an outright “no”, which stopped the multi-million-dollar process in its tracks. Democracy Co helped run the jury, but didn’t design the process.

A State Government spokesperson said Democracy Co was the unanimous choice of an SA Health tender panel to run the consultation process about the future of the Repat health precinct.

That process has at least one element in common with the nuclear industry experiment – an “issues guide” – but it also includes a schedule of community and stakeholder meetings, the first of which was held last night, and even an online poll.

There aren’t any citizens’ juries, however.

As Opposition Leader, Steven Marshall had little time for citizens’ juries, describing the process as a failed model, an embarrassment and an abrogation of the role of government.

Not getting their bond back

Speaking of the Repat, Marshall has uploaded a slick video to his Facebook page – nicely lit, with a bed of “optimistic” music underlying it.

Producing such content requires good equipment, and this column noticed quite a bit of expenditure on the Premier’s official credit card over the past few months – $1226.95 on CameraHouse Online, $1281 on VideoDesk Australia, $66.81 from a royalty-free music service and even $104.70 from Adelaide music shop Harrison’s.

When asked about the spending, the Premier’s office said they had to buy some new equipment for content production – particularly Facebook Live – and replace equipment “that was either broken, misplaced, or removed by the previous Premier’s office”.

The spending included replacing a missing battery charger for an office camera and buying a new microphone and receiver, as the receiver for the office microphone was missing, therefore, rendering it useless.

The Premier’s office also pointed out that their digital content producer mostly uses his personal camera and that one of the two digital SLR cameras which were in the office when they came into office was damaged.

The allegations about the state of equipment were rejected by Labor, with a spokeswoman pointing out that under Weatherill, Facebook Live video streaming was performed using mobile devices.

The receiver mentioned was not “missing”, she said: it belonged to a staff member.

She also couldn’t resist pointing out the Premier and Deputy Premier’s abandoned attempt at a Facebook Live “chat” session in early July, which ended thus: 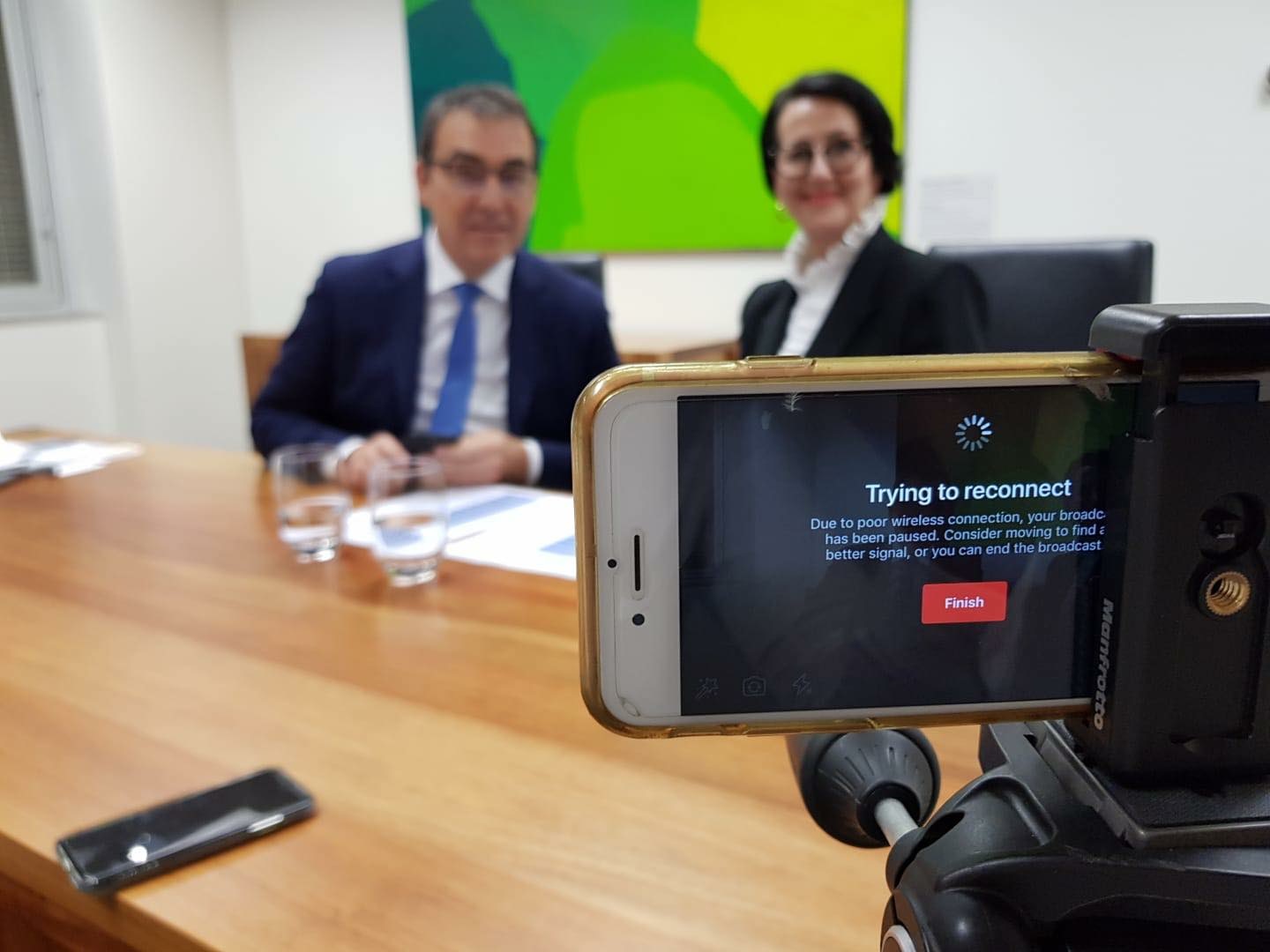 “After the Premier and Attorney-General’s disastrous attempt at Facebook Live earlier this year it’s unsurprising they are spending $3000 to try and make up for their embarrassing foray into social media,” she said.