Hazel Passmore and her lawyer refused to comment as they arrived at the police station around 1pm today.

Passmore, who arrived accompanied by her partner and a young child, spoke with officers. Her lawyer William Boucaut SC left the station shortly after his client arrived, making no comment.

She left after four hours of questioning, escorted to her northern suburbs home in an unmarked police car with no charges laid.

Several media outlets have linked Ms Passmore to Daniel James Holdom, 41, who was this week charged with murdering Ms Pearce-Stevenson, 20, in December 2008 and leaving her remains in Belanglo State Forest, south of Sydney, where they were discovered in 2010.

The bones of her daughter, Khandalyce Kiara Pearce, two, were found inside an old suitcase dumped on the side of a South Australian highway near Wynarka in July this year – more than 1000km from where her mother’s remains were found.

A publicly available Facebook page belonging to Ms Passmore, 33, which was disabled on Friday morning, revealed an album of photos dated August 2008 of a car show that included two new pictures of Khandalyce. 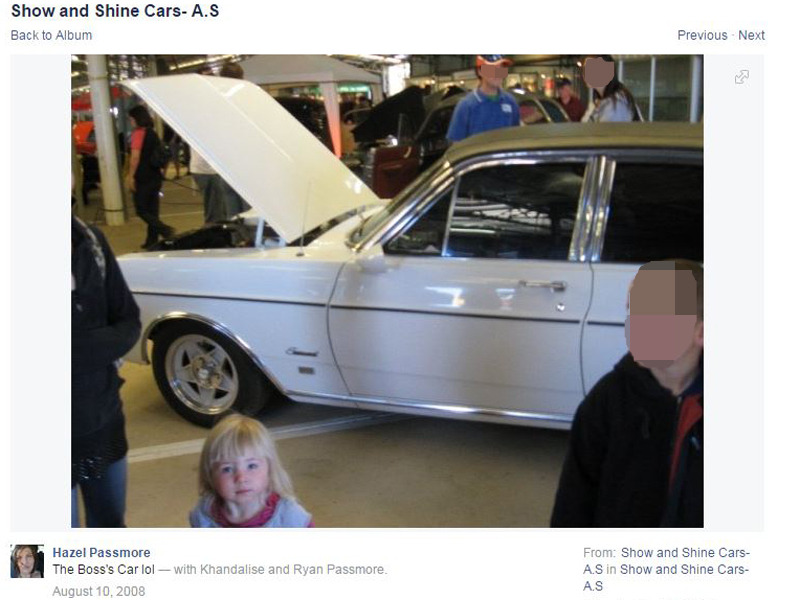 A screen-grab of the Facebook photo of murdered toddler Khandalyce Kiara Pearce.

SA Police also revealed a woman in a wheelchair had impersonated her at an interview with Centrelink in Adelaide in 2010.

In September 2008, Holdom, who was then aged 33, was reportedly behind the wheel of a car that rolled on SA’s Stuart Highway about 55km north of Marla, in the state’s far north. A seven-year-old boy and a nine-year-old girl died in the crash.

A 26-year-old woman, believed to be Ms Passmore, was also injured and was airlifted to Alice Springs Hospital by the Royal Flying Doctor service.

Holdom did not apply for bail when he appeared before a court in Maitland, NSW, yesterday and it was formally refused.

Police believe Ms Pearce-Stevenson died some time between December 14 and December 15, 2008, and that her child was killed at a later date by persons who have not yet been identified.

“Investigations are rapidly evolving into the death of Khandalyce,” a spokeswoman said before Passmore’s arrival.