Dymocks has been searching for a new home in the Adelaide CBD since their flagship store on the eastern end of Rundle Mall closed down in April last year, following the retirement of long-time franchisee Mandy Macky.

The national book retailer has been operating a much smaller pop-up store on level one of the Myer Centre in the interim.

But that shop will close on Sunday and its stock will be moved to a vacant 1000 square metre space on level one of Regent Arcade where the heritage Regent Theatre used to operate. 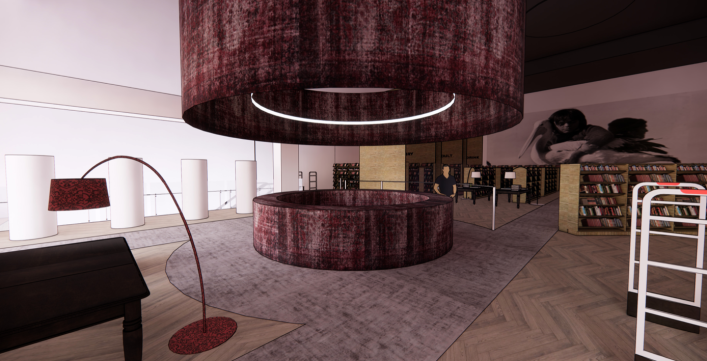 Dymocks says their new flagship store, set to be South Australia’s biggest bookshop, will occupy the entire first floor of the arcade and involves a $1.5 million heritage refit of the theatre space.

“Dymocks is honouring the theatre’s cultural prominence by maintaining the intricate wall and ceiling arabesque decorations and restoring 10 pieces of former theatre furniture found in the basement, including tub chairs, a club lounge and sofa,” the company said in a statement.

The new store will open at 9am on April 20 and will employ around 40 staff, the company said. 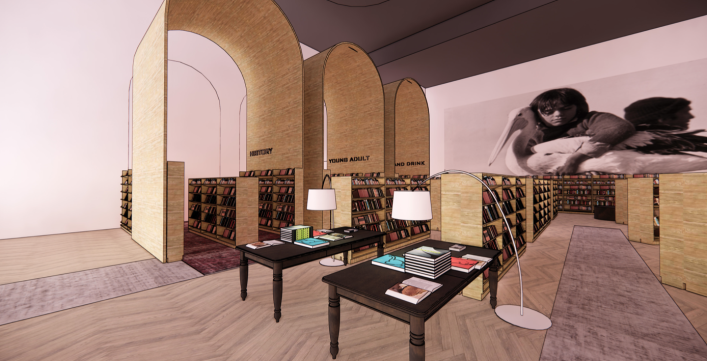 Dymocks managing director Mark Newman said the Regent Theatre store will be among the company’s top three in Australia by size when completed.

He said the site has the potential to host an in-house café, event space, special order department and a large giftware section.

“We were obviously looking for a space that was sufficiently large to house a flagship bookstore,” he told InDaily.

“We were also cognisant of the cost of a 1000 square metre store right on Rundle Mall, so we wanted to try and find something … where we were able to have the space but making sure we kept it at a manageable cost.

“We were looking for something that’s an iconic, interesting space that we could create a really interesting retail environment.”

The Regent Theatre opened in 1928 as a grand cinema with seats for more than 2200 patrons.

It was downsized in 1967 and partially transformed into a shopping arcade until the smaller cinema was completely shut down in 2004.

The building’s Rundle Mall façade was state heritage listed in 1986. 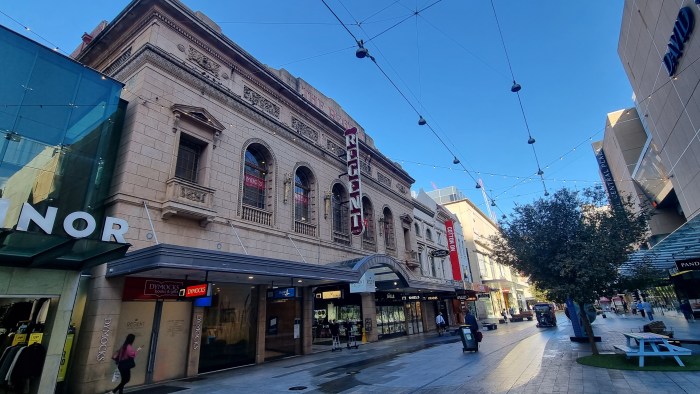 Newman said the new shop will have all the hallmarks of a Dymocks store with a few tributes to the theatre’s 1920s design.

“Even though we’re designing the shop in a way that is sympathetic to the architecture of that building … ultimately the bulk of the shop fixture fittings are Dymocks’ image and they’ll be the same as what you’ll find in many of our other bookshops,” he said.

“But there are a few unique features which celebrate that architecture and that’s one of the things we like to do when we open stores is try to take something from the local area … and celebrate that in some way whether that’s through colour or images or some quirky bits of furniture.”

The move represents the latest push to revitalise the Regent Arcade precinct which has struggled with high vacancy rates and low foot traffic during the pandemic.

Last year, InDaily detailed numerous concerns from traders about the management of the precinct and a proliferation of empty shopfronts within the arcade.

Asked whether he thought low foot traffic would be an issue at Regent Theatre, Newman said: “We’re pretty confident that we can trade well out of that space.”

“But having said that, we will have significant branding presence on Rundle Mall and it will be very clear that there’s a Dymocks store in there, all you’ve got to do is walk in and go up the escalators,” he said. 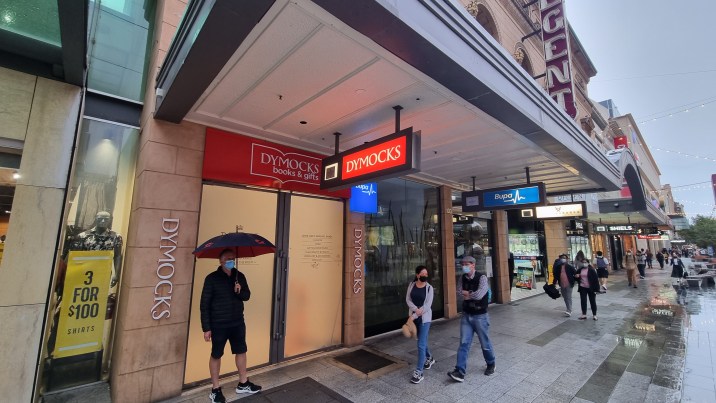 Access to the new Dymocks store will be via an escalator between clothing store Connor and health insurer Bupa, while there will also be an elevator to the store within Regent Arcade. 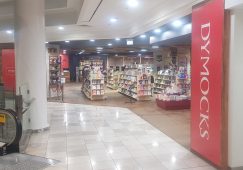 The shop, located at 138 Rundle Mall and directly opposite Dymocks’ old location, is 300 square metres in size and the company’s largest in Australia.

“We operate in many shopping centres around the country with QBD in locations very close by,” he said.

“The market here in Adelaide is very robust, the fact that the universities are coming back and face to face learning etc, also helps students bring traffic back into the city.

“We’ve seen from the way that we traded in that temporary store, which has been well above our expectations, that the market’s still pretty robust.

Dymocks’ old Rundle Mall store which closed in April has been replaced by a major 2650 square metre rebel sport development which will open tomorrow.