Australian Institute of Architects SA executive director Nicolette Di Lernia told InDaily approvals granted earlier this month – for the 21-storey Hyatt Regency Adelaide hotel at the former Bank of South Australia building on Pirie Street and a 17-storey motel involving the partial demolition of a set of bluestone row cottages on Wright Street – are a “demonstration of a poor process”.

Ahead of both approvals, the state’s chief government architect Kirsteen Mackay warned the State Commission Assessment Panel that the modern hotel designs did not warrant the demolition of local heritage-listed buildings, but her advice was overruled.

The $10.9 million Wright Street motel, to be built by Starfish Developments and operated by Punthill Apartment Group, was approved despite Mackay warning it was too tall and out of character with the heritage values of the surrounding neighbourhood.

Similarly, the $160 million Hyatt Regency Adelaide was given development plan consent despite Mackay claiming developer CEL Australia had “not yet demonstrated” a “high-quality design” to warrant the demolition of the circa-1920s heritage-listed façade of the bank building.

The former Bank of SA building will be demolished to make way for the Hyatt Regency hotel. Photo: Stephanie Richards/InDaily 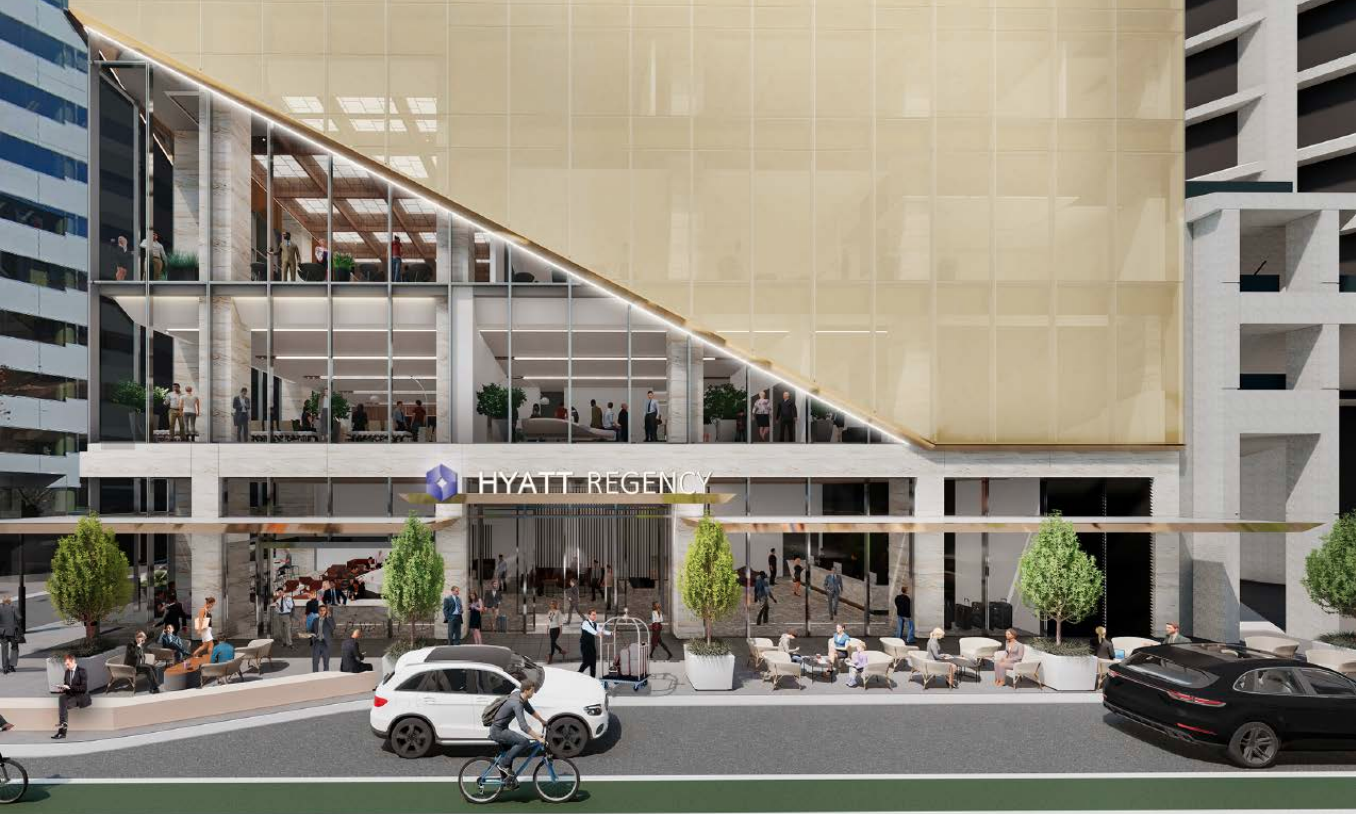 Under the current planning system, developers are able to get approval to demolish heritage buildings or exceed height restrictions if their designs are considered to be of sufficient merit.

But Di Lernia said that “leniency” had led the SCAP to “ignore” design advice provided to it by Mackay and other experts, rendering the design review stage of the approvals process “meaningless”.

“I would say that both developers for the Wright Street and the Pirie Street sites, they are not silly people – they would have known those properties were locally-heritage listed (and) it’s not as if it would have come as a surprise to them,” she said.

“To just say it’s locally-listed and therefore it doesn’t matter is not appropriate.”

Starfish Developments told InDaily previously that its hotel design would exceed development requirements by retaining all three row cottages at the site – despite only one of the cottages being heritage-listed.

It said the “virtually derelict and rundown houses” had been empty for approximately three years, with only the front façade and exterior walls required to be retained.

Meanwhile, CEL Australia executive director Robert Lee told InDaily last week that the company originally intended to incorporate the heritage façade of the former bank building into the Hyatt’s design but architects advised that it was not possible.

“There was a variety of reasons… different levels and it was hard just keeping the façade because that was the only part of the building that was heritage listed,” he said.

Future Australia managing director Chris Vounasis, whose company has partnered with CEL Australia to build the Hyatt, earlier criticised Mackay for “muddying the waters” by making “unnecessary and inappropriate” objections.

But Di Lernia said the SCAP should have given greater consideration to Mackay’s advice.

“If the body that’s charged with determining whether the merit condition has been met – whether the design quality is sufficient – is then ignored by the final people making the approval then the whole system falls apart,” she said.

“What we end up with over-height buildings that detract from the overall amenity of the city, or buildings that take away from existing character and existing qualities that we value in the city and they’re replaced by things of lesser value.

“Design review only works if it’s taken seriously and it’s well-managed and well-resourced and we have concerns that that’s not the case.”

The 1880 row cottages on Wright Street are set for partial demolishing to make way for a new 17-storey motel. Photo: Tony Lewis/InDaily 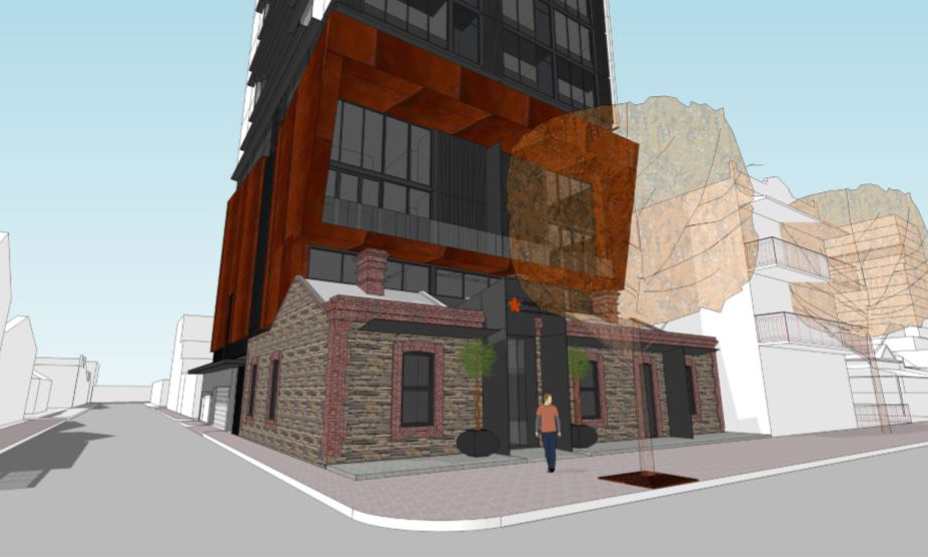 A render of the Wright Street hotel. Image: Starfish Developments

Di Lernia said ignoring design advice would result in buildings that were “of lesser quality, that often perform very poorly environmentally and which leave a big negative impact on our city”.

She said the Pirie and Wright street hotels were “not dreadful buildings”, but the developers “needed to provide something back to the community to prove the system is working”.

“I’m not party to the final discussions or the debate that’s happening, but it would appear on the Pirie Street site that the planner has been quite vocal about the relevance of the Government Architect’s comments.

“There does appear to be a perception that design is a voluntary add-on and that quality of design is only OK provided it doesn’t stop you making money.

“There’s clearly discontent amongst the community about the fact that some people are allowed to make significant profit at the expense of the general public interest because the system is not being applied properly.”

The SCAP is currently chaired by Ekistics Planning and Design senior associate Rebecca Thomas and its members include a natural resources and primary industries consultant, an architect, two lawyers and a commercial property advisor and consultant.

Chapman earlier this month put a pause on the roll-out of a new state planning system and pledged to go back to the drawing board on several areas of contention.

The overhaul was already delayed by three months to September, but Chapman said the launch date “was always dependent on a number of factors including the scale and complexity of submissions received”.

Di Lernia said the Architects Institute had for the past eight years asked for design reviews to be made mandatory in all planning decisions, but the Government’s draft framework still indicated that it would be voluntary.

“It will be a recommendation and there’s no mechanism to make that decision something that a planning authority has to consider,” she said.

“That opinion needs to be respected and given due weight in the approvals process.”

Construction on the Hyatt Regency Adelaide hotel is slated to start in the first half of next year, while the Wright Street hotel build could start at the end of this year.