Costings released to InDaily show the council has so far spent $703,000 on progressing the development of the O’Connell Street site, which the council purchased for $34 million in February 2018.

The sale, which InDaily revealed was up to $14 million above the site’s professionally assessed value, was assisted by a $10 million State Government grant.

Since 2018, the council has spent a further $396,000 on temporary activations at the site, including car parking, public art installations and events, while the plot has remained vacant.

The total spend tips over $1 million, with that cost expected to increase as council staffers propose to spend a further $150,000 on the site in the 2020-21 draft budget.

The site at 88 O’Connell Street has remained vacant for over 30 years after furniture retailer Le Cornu sold the property in 1989 and a string of subsequent development proposals failed to kick off.

After purchasing the property in 2018, the council promised to construct on an “iconic” mixed-use development that would boost investment and visitation to North Adelaide.

The council is currently in a non-binding heads of agreement with its chosen developer – understood to be Adelaide-based firm Commercial and General – and both parties have signed a non-disclosure agreement that prevents the release of information to the public.

However, the council is yet to lift confidentiality on its development plans.

In response to questions from InDaily, McCready this morning said that the council was still in a “commercially-sensitive” stage of discussions and plans would not be released to the public until a binding project development agreement was signed.

“The design outcome will be made public as soon as we’re in a position to do so,” he said.

“Negotiations with the preferred proponent are progressing very well and we hope to finalise the terms of the agreement in the coming months – along with the design outcome.”

McCready said the project had not been impacted by the COVID-19 pandemic, with the developer “well placed to progress and is working towards Council’s long-term development target”.

It comes after north ward councillor Phil Martin lodged a motion calling for a development contract to be presented to councillors for approval no later than December this year.

Martin’s motion also calls for the contract to stipulate that construction should start no later than December 2021.

The motion states that if the contract is unable to be delivered within those timeframes, the council should sub-divide the old Le Cornu site and sell off parcels of land to “local developers with proven experience in the timely completion of small to medium construction projects”.

Martin told InDaily this morning he was prevented from speaking about his motion due to confidentiality, but he described it as a “call to arms” to progress with development on the site.

“These secrecy provisions are frustrating to say the least but I think the motion speaks for itself,” he said. 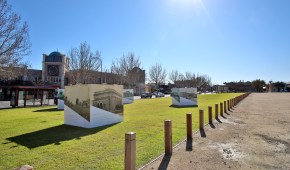 The council expects to start construction at the site next year.