InDaily reported in January that the apartment block on George Street in Parkside – one of Adelaide’s most desirable city-fringe suburbs – had been made progressively vacant and left in a dilapidated state since 2017.

The former State Government committed $4 million to renovate the 21 single and two-bedroom unit block and a neighbouring 45-unit building on the same site – known as “Rosslyn Court” – in February 2018, but only $600,000 had been spent fixing “non-structural problems” to the larger building.

InDaily asked the SA Housing Authority in January what had happened to the remaining $3.4 million set aside in the budget and why the 21-unit apartment block had not undergone renovations, but a spokesperson was unable to clarify.

Photos taken by InDaily this week show scaffolding erected on the outside of the 21-unit building and construction crews working at the site. 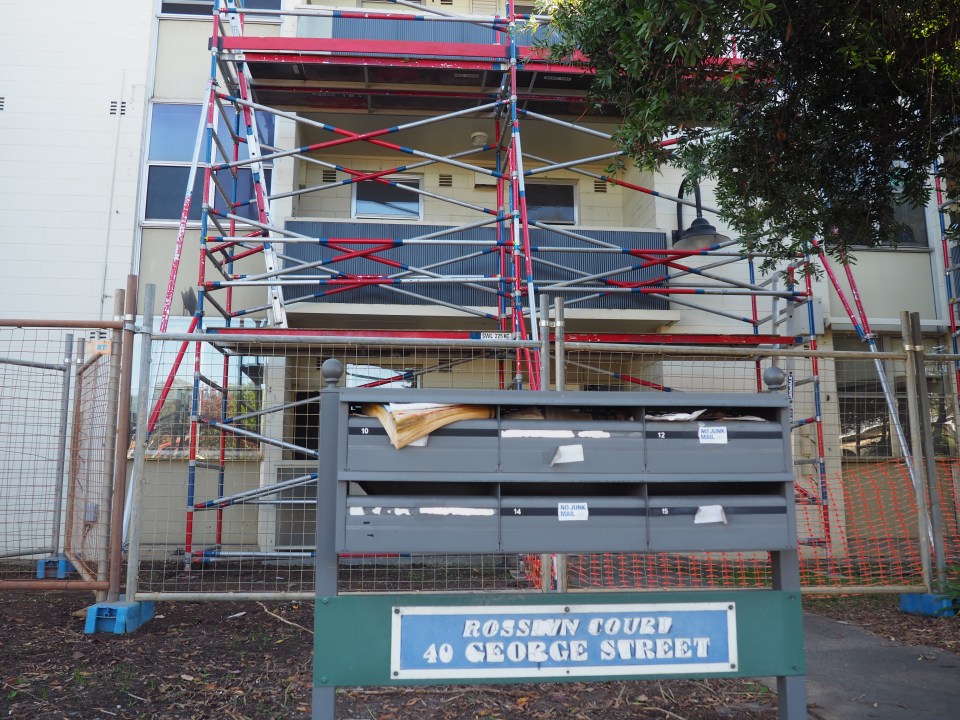 InDaily asked the SA Housing Authority on Tuesday to provide information on the scope of the work, how much it cost and when the work would be finished.

In a media release this morning, the State Government announced it would spend $10 million on a “maintenance blitz” of over 1400 public housing properties, including the 21-unit block at Rosslyn Court.

According to the release, the works planned for the Parkside property including replacing the asbestos roof, internalising laundries, resurfacing and rendering the exterior, painting and demolishing outbuildings.

The release did not specify how much of the $10 million would be spent on the Rosslyn Court upgrade or when the works would be completed.

A SA Housing Authority spokesperson later clarified that the upgrade would cost $1 million and is scheduled to be complete in July.

“This attempt to pass old money, which was committed by Labor in 2017 to Rosslyn Court, as economic stimulus is absolutely ridiculous and people can see through it,” she said. 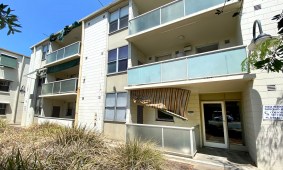 “There is a housing crisis in the state and the Liberal Government needs to invest more money, not re-announce already committed funds.”

The State Government said the $10 million stimulus brings forward spending under the $75 million committed for maintenance upgrades under its new housing strategy.

Two other 45-unit apartment blocks also located at Rosslyn Court were refurbished in 2011 in a separate upgrade funded by the former Federal Government.

The SA Housing Authority, which has owned the property since 1965 when the apartment blocks were first built, said in January that from the three 45-unit blocks that are currently tenanted, four units remain vacant.