Mark Duffy has been seconded to a tailor-made role reporting directly to Department of the Premier and Cabinet supremo Jim McDowell, with current executive director of innovation and science Adam Reid elevated as acting chief of Innovation and Skills.

The role is double-pronged: it is in part a response to the coronavirus pandemic, with Duffy to “support Mr McDowell in his role as Assistant State Co-ordinator responsible for leading the state’s economic rebuilding and recovery work in relation to COVID-19”, Premier Steven Marshall said.

However, Duffy will also oversee a separate audit of public sector performance that will drive ongoing reform.

“Mr Mark Duffy has been transferred to a newly-established executive role of Chief Executive, Performance and Reform Unit within the Department of the Premier and Cabinet,” a State Government spokesperson told InDaily.

“This is a key senior role in progressing the South Australian Public sector reform agenda and will report directly to the Chief Executive, Department of the Premier and Cabinet.” 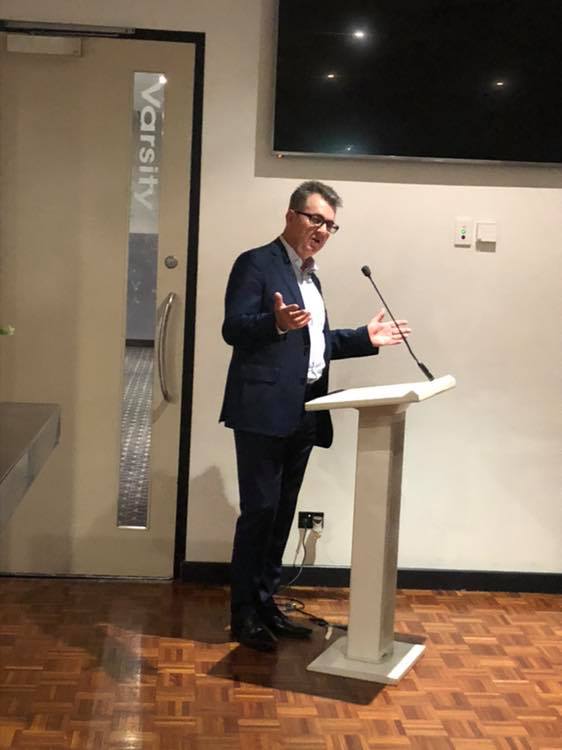 Duffy told InDaily the public sector reform role was designed “to see what’s working and not working [and] identify relative performers across agencies, over time building a database that will give the Premier and the cabinet much more capacity to properly allocate resources”.

He said it was not a prelude to broad sector cuts.

“No, I think it’s a prelude to making sure we understand where resources are best allocated,” he said.

“When you can identify relative groups of performance between one agency and another, you’ve got an opportunity to say ‘we need to tighten it up’… it’s about improving inefficiencies and allocating further resources where needed.”

Duffy said it was important to move quickly to establish a framework for rebuilding the economy after the COVID-19 health crisis is over.

“This is a frontier that none of us has ever been on before,” he said.

He said there were important questions about the impact on consumer behaviour, particularly for “a community that never been through a recession or depression, didn’t fight in Vietnam or World War Two and didn’t see the Spanish Influenza”.

“Their perceptions of the world and their security have been dramatically upturned, and you have to wonder whether a whole lot of assumptions about consumer patterns will change dramatically,” he said.

He said that could mean a fall back to “security” spending – “paying down the mortgage, focussing on fundamentals and a higher savings ratio”.

“It seems to me a possibility that consumption patterns will change dramatically – and for a long time,” he said, noting that in the 1990s, when unemployment reached 12 per cent, it took a decade to return to pre-recession levels of around 6 per cent.

“That gives you some idea of what the time frame could be to get back to October last year.”

Australia, he noted, was already facing industry challenges, saying coronavirus may be “the last straw for some small businesses that were on the edge… and SA has a small business economy”.

However, he added, the shock would also create opportunity, noting there would be “a legitimate argument for certain forms of manufacturing”, typified by food packaging company Detmold’s pivoting into personal protective equipment.

He said a burgeoning health industries sector and the prevalence of “larger housing stock… when there’s a premium on having space” would offer Adelaide competitive advantage.

Marshall said in a statement he looked forward to working with Duffy “to reform the operation of the public sector to reflect the evolving nature of work and deliver better outcomes for the people of SA”.

He also noted the significance of Reid’s elevation, noting “the Department for Innovation and Skills will be a key economic agency in driving the response and recovery of businesses and their workers in our state”.

Reid, who has previously worked with Westpac in retail banking, more recently held executive positions in the Department of State Development and Department of Trade and Economic Development, across areas such as manufacturing and small business, industry and innovation and case management.

Several agency bosses have been turned over since the Marshall Government’s election, with the chief executive role at the Department of Human Services – replacing recent departee Tony Harrison – only advertised two weeks ago.