Rundle Mall Management Authority general manager Johanna Williams confirmed to InDaily in a statement that the authority decided to “revise” its placement of bins in the lead-up to the Christmas trading period.

Comments on the Rundle Mall Facebook page from disgruntled patrons about the move date back to December 13.

“I spent 15 mins this afternoon walking around the mall looking for a recycling bin, to then be told by a bin maintenance person that they’ve apparently all been taken out,” one patron wrote.

“This is absolutely irresponsible and I am disgusted.

“In 2019 when the environment is at its most dire time of need why has the decision been made to remove recycling bins?”

Rundle Mall management responded to the post, stating it was “aware of this and currently looking into this issue”.

Williams told InDaily the placement of bins was “regularly revised along the Mall to support the changing gathering points created by activities and activations held throughout the year”. 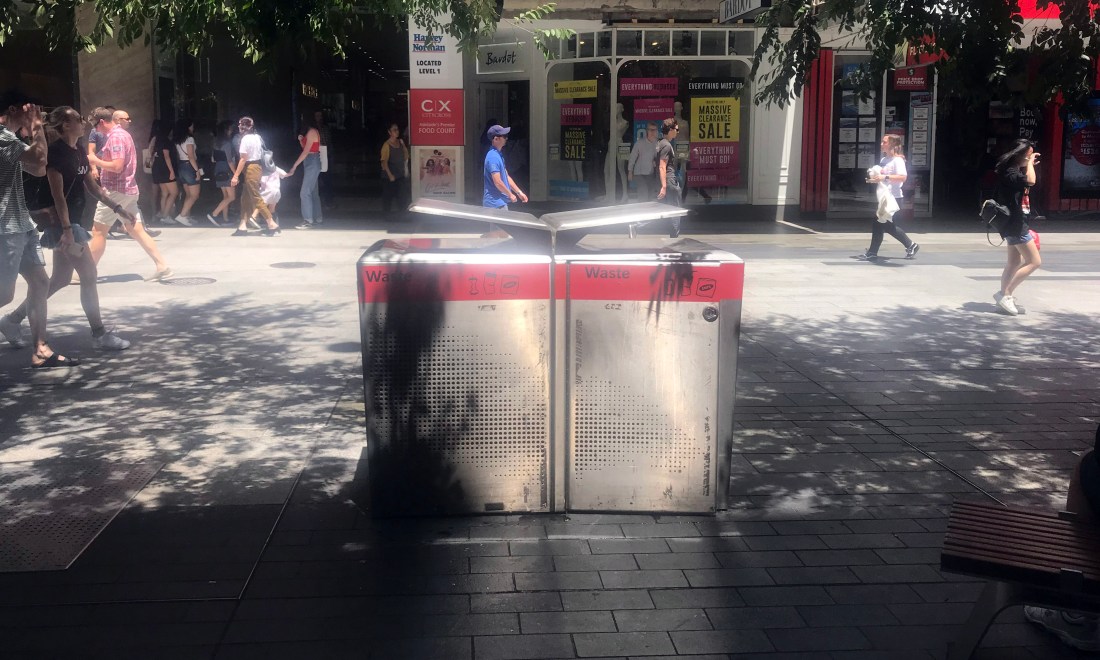 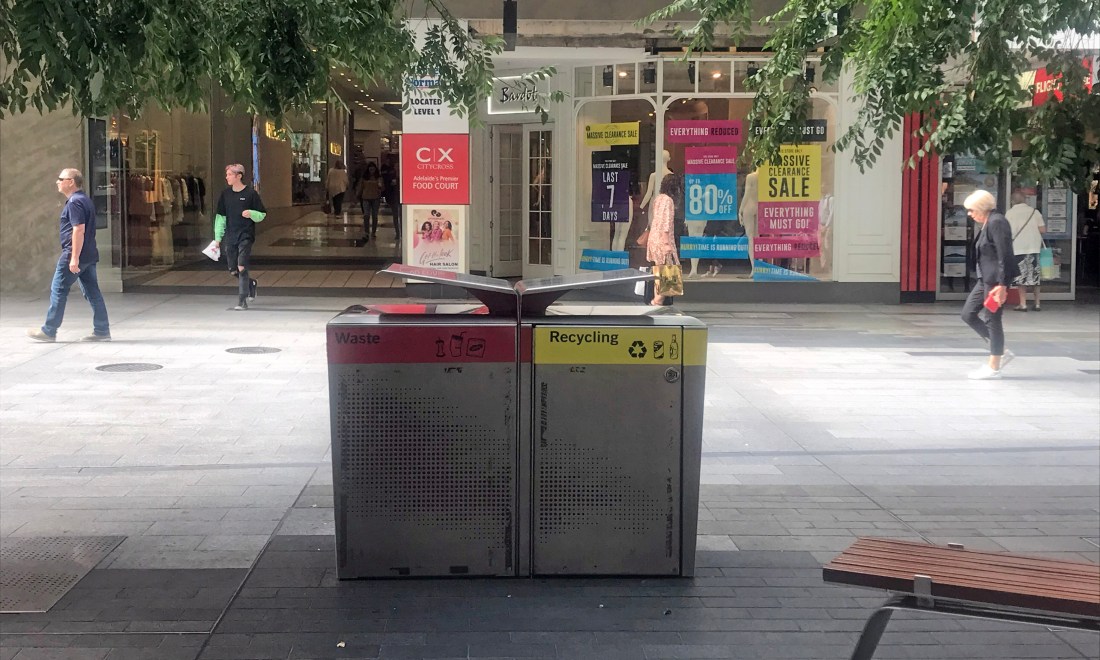 AFTER: The recycling labels have been returned. Photo: Stephanie Richards/InDaily

It comes as the council spends $200,000 on a new waste and recycling management strategy, to replace the latest plan that expired in 2015.

According to findings from a city waste audit presented to councillors last month, there are over 100 red waste bins located on public streets, compared to only 14 yellow recycling bins.

Area councillor Robert Simms described the Rundle Mall management’s decision to remove all recycling bins as “pure craziness”, adding he was “caught by surprise” as elected members were not consulted or advised of the move before action was taken.

“I know at this time of year it’s the silly season but this is really a silly decision,” he said.

“It’s a crazy move for a place where we have one of the highest levels of foot-traffic in the city.

“The fact that we are going to have thousands of people coming through the Mall really underscores the need to have more options for recycling, not less.”

Simms said he would do “what I can to make sure it’s (the removal of recycling bins) not replicated this year”.

“I think we also need to be looking at what we can do in terms of bigger-scale efforts to encourage recycling (such as) reverse-recycling vending machines for plastics, whether they’re placed somewhere in the mall or Central Market,” he said.

Fellow area councillor Franz Knoll, who sits on the Rundle Mall Management Authority board, said that until today he was unaware that the decision had been made.

“It’s not something that comes up at our level,” he said.

“It (improving recycling) is a focus for us going forwards because that is part of our role as leaders.

Knoll said bin infrastructure had been shifted during the Vogue Festival at Rundle Mall and it was likely an “oversight” from the authority’s administration that recycling bins were not retained.

“That won’t occur again,” he said.