City council staff have also identified former Housing SA properties in the city as potential social housing sites, but they stress no formal decisions have been made and councillors are yet to endorse a position.

It comes as the council will tonight vote to proceed with a social and affordable housing policy for the city, which would align with a State Government-led Housing and Homelessness Strategy due to be released by the end of the year.

Social housing is subsidised rental housing for people on low to very low incomes, with rent typically charged at 25 per cent of household income.

In a report published on Friday, council staff noted that five sites in the CBD and Keswick had been identified for social housing developments.

According to the report, Lord Mayor Sandy Verschoor advocated for Federal Government funding to support social housing developments “on one or more of these sites” during a Council of Capital City Lord Mayors (CCCLM) meeting in Canberra last month.

In response to questions from InDaily, the council’s manager of participation and inclusion, Caro Mader, said the Australia Post Building between Gouger and Grote Streets, the Army’s Keswick Barracks, the City Beach volleyball complex and former SA Housing Authority sites were identified as possibilities.

A council spokesperson was unable to specify which former SA Housing Authority sites were being considered, or why council staff had identified the Keswick Barracks as a potential site given the land is not council-owned and falls outside its boundary.

The 1569-square metre City Beach volleyball site at the corner of Pirie and Frome streets is council-owned, and has been leased to Volleyball SA on a subsidised arrangement for the past 18 years.

The council does not own the Australia Post “business hub”, which is located between Gouger and Grote Streets in the city’s west-end.

“Sites identified by staff as worthy of further exploration was offered as an indication to the Federal Government that the City of Adelaide (and other capital cities) would gladly receive infrastructure investment to prioritise delivery of social housing outcomes for our community,” Mader said in a statement.

“The Federal Government has indicated it is open to further discussion and CCCLM will continue their advocacy on housing & homelessness.”

A report released by the CCCLM following its September meeting states members had identified public land suitable for development or redevelopment as social and affordable housing in Brisbane, Hobart, Melbourne and Sydney.

Adelaide was not mentioned as one of the cities that were actively considering redeveloping land into social housing.

Mader said the CCCLM would continue to “collectively advocate” to the Federal Government for investment in social housing in all capital cities.

But area councilor Robert Simms, who moved in February for the council to consider options to increase the city’s social and affordable housing stock, told InDaily he would like council staff to “come to council with some options for consideration (in Adelaide) as soon as possible”.

“The benefit of some of the buildings mentioned is they are already linked to amenities like bathroom facilities and so on.

“I understand there will need to be discussions with organisations that work in the homelessness area too, to determine the suitability of locations and to make sure people are linked into the support they need.

“I’m also keen to see some temporary shelter made available as soon as possible, given we have another hot summer approaching.”

Lord Mayor Sandy Verschoor told a committee meeting last week that while the council did have a role to play in increasing social and affordable housing stock, it was primarily a Federal and State Government responsibility. 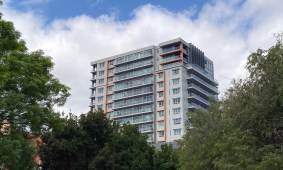 She said the council needed to develop a policy on housing and homelessness to align with other capital city councils in Australia.