Abiad told InDaily he would meet with the council’s administration tomorrow to discuss a motion calling for funding to be secured by 2022 to redevelop the southern end of Victoria Square/Tarndanyangga.

If the motion garners support from the chamber, Abiad said it would be possible for construction to begin during the next council term, which ends in 2026.

The council revealed its masterplan for the square – initially touted as a $100 million project – in 2012, with then Lord Mayor Stephen Yarwood forecasting a $20 million spend on stage one of the redevelopment.

Those works – completed in 2014 – eventually came in at almost $30 million, and included the redevelopment of the northern side of the square, the relocation of the Three Rivers fountain to the square’s southern half and infrastructure upgrades to the Grote Street intersection.

But the council has since struggled to secure funding to complete stage two works at the square’s southern end, which, according to the masterplan, includes building a “Kaurna and Aboriginal Centre of Culture”, a café, a bicycle hub and a public toilet block.

Yarwood had intended the project to be funded in part by the State Government, but he was ultimately unsuccessful at convincing former City of Adelaide Minister John Rau to dip into government coffers.

In 2016, Yarwood’s successor Martin Haese told InDaily he endorsed the Government’s position that the council was primarily responsible for redeveloping the southern half of Victoria Square, adding it was reasonable to expect that the council complete what it started.

With the redevelopment of the neighbouring Central Market Arcade due to begin next year, Abiad said now was an opportune time for the council to reignite a conversation with the State Government about using its $20 million park lands fund to progress works at Victoria Square. 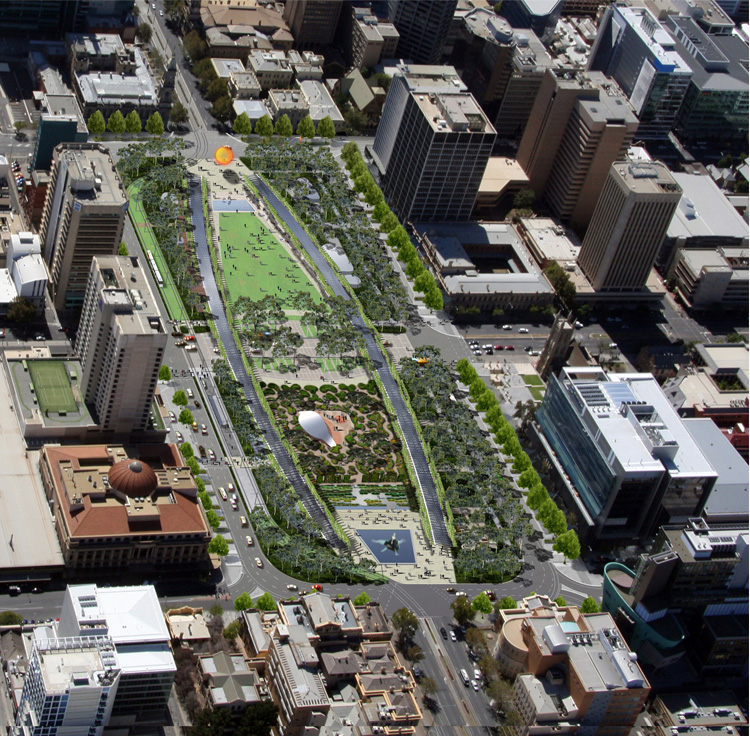 “It is very unfortunate at the moment where the square sits literally in a half – it’s got the square and it’s ugly cousin – so I think it’s important that it’s got some synergies and some connectivity in what is considered to be the heart of our city,” he said.

“We’ve got a half-baked square that’s been sitting there now for the last five or six years and I’m really concerned that by the time we embark on the redevelopment of Victoria Square stage two, stage one would already be old and we’d be having to invest significant amounts in capital renewals into stage one to get it up to shape to where it needs to be.

“Victoria Square has always had a significant history in the centre of our city as a civic centre and I think it’s one that needs to be celebrated, not treated the way it’s currently been treated.”

Abiad said ideally the stage two works would remain in keeping with the design flagged in the 2012 masterplan.

“We’ve done the conceptual design, we just need to do the detailed design, do the budget and hopefully be able to fund it on year four of this council so that the next council can come in and deliver it,” he said.

“I know it would be challenging, but at minimum we should be replicating or providing some type of a coordinated approach to the northern side of the square,” he said.

According to Abiad, redeveloping the southern half of Victoria Square would also be comparatively much cheaper than the stage one works.

“With stage one there was a significant amount of more work spent, including the movement of the fountain from the northern side to the southern side of the square,” he said.

“It also included the Grote Street interchange, so I genuinely don’t think we need to spend more than $15 million on there.

“But, in today’s money it might be a little bit more.” 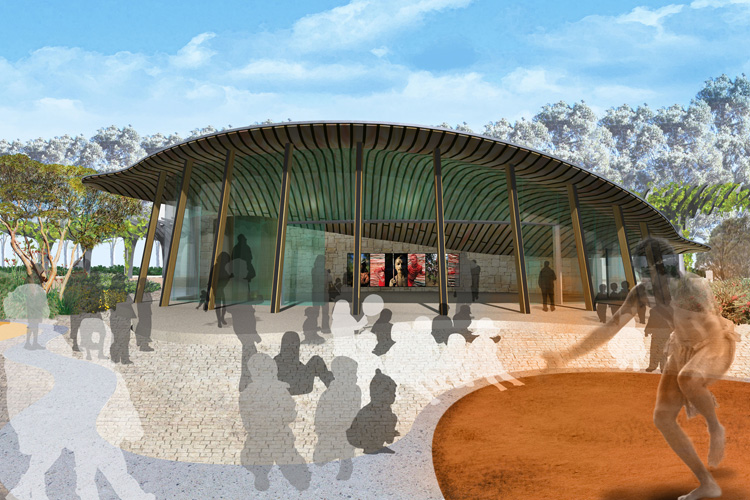 A render of the “Kaurna and Aboriginal Centre of Culture” in the Victoria Square masterplan. Image: Tonkin Zulaikha Architects

“It would be timely to relook at the original plans given the amount of growth in the CBD,” she said.

A State Government spokesperson said Planning Minister Stephan Knoll would consider a request to co-fund stage two of the Victoria Square redevelopment “though the usual processes”.

“But no request has been presented,” the spokesperson said.

“The State Government has already 100 per cent funded a number of projects within he Adelaide City Council area recently, including the city skate park and the Quentin Kenihan Playground.”