Earlier this week, the State Government confirmed it had written to the FFA to pull the pin on SA’s involvement with its hosting bid, with Marshall at the time saying “the offer that was on the table wasn’t attractive to us at this point in time”.

“We couldn’t even get an assurance for any of the major games to come to Adelaide, or even the Matildas,” he told media on Tuesday.

The Premier also cited an inability to shift Adelaide Oval’s contracted AFL games over the course of the world cup, saying: “They were not prepared to shift AFL games for six weeks.”

This prompted social media commentary from WWC broadcast rights holder Optus Sport, whose Twitter account lamented that “the Code Wars are back”.

Ironically, Optus this year became a principal partner and jumper sponsor of the Adelaide Crows.

The decision to pull out of Australia’s bid has prompted widespread criticism, but Marshall today suggested there was new hope for a resolution with FFA, with outgoing CEO David Gallop reopening a dialogue over the state’s hosting requirements.

“After we put our position to the FFA we’ve now had an approach from the FFA [and] I spoke to David Gallop yesterday,” he said this morning.

“We’ve always said we’d like to participate in the Women’s World Cup but what was on the table for us previously was just not a good deal, not a good deal for SA.”

Marshall said FFA had resolved “to come back to us by the middle to end of this month” with a revised proposal.

“We’d love to have it here, but Adelaide Oval is really not an option and we want to make sure we get the very best deal for SA, with better quality matches being played here in our state.”

Coopers Stadium’s 16,500 seating capacity is well below what the Government has been told it needs to provide.

While FIFA’s publicly-published seating requirements stipulate a stadium with “20,000 seats for group matches (except the opening match), round-of-16 matches, quarter-final matches and the third-place play-off”, the FFA had previously told the State Government it would require a minimum capacity of 22,065 seats, while Hindmarsh would also need an overhaul to various other existing facilities.

But the FFA’s newfound flexibility appears to hinge on FIFA’s decision this week to expand the 2023 Women’s World Cup to 32 nations, up from 24. 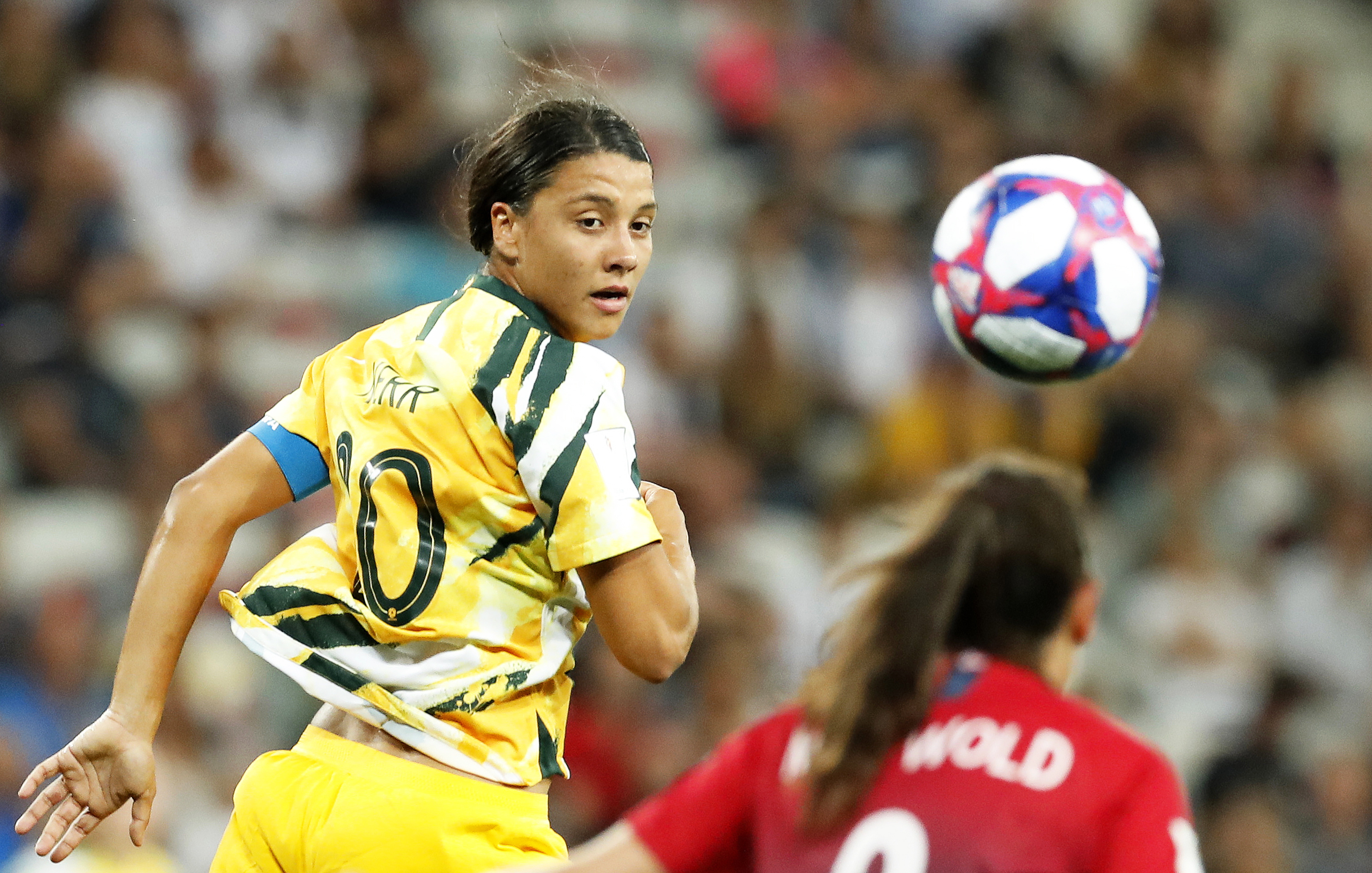 Australia didn’t progress from the round of 16 in this year’s World Cup after losing on penalties to Norway. Photo: SEBASTIEN NOGIER / EPA

The federation has released a statement saying it “remains in discussions with the South Australian Government regarding the bid for the 2023 FIFA Women’s World Cup”.

“FIFA wrote to all member associations on 1 August to advise of changes to the bidding requirements following expansion in the number of participating teams from 24 to 32 for the 2023 edition of the competition,” FFA said.

“The revised hosting requirements will be provided later this month at which time FFA will re-engage with the South Australian Government.”

Big-spending plans at Coopers Stadium seem unlikely in the short-term, given an evolving push for a dedicated multi-use CBD venue over the Adelaide railyards – which would prompt the sell-off of both Hindmarsh and the Entertainment Centre.

They’re both run by Adelaide Venue Management, whose CEO Anthony Kirchner told InDaily in March the corporation was undertaking “our own strategic planning in terms of the future venue requirements in SA” and was “looking at a whole range of options”.

The State Government is preparing a new “sporting and infrastructure plan” that Marshall says will help “attract some of the world’s biggest events to SA and “give us a clear indication of the type of sporting infrastructure we need in SA going forward”.