The area councillor will next week ask the council to support a campaign run by Shelter SA, which calls for the abolishment of “no cause” evictions, and requests that landlords and real estate agents welcome pets in all rental properties.

Simms will also propose that the council hold a public meeting to hear about the experiences of renters, and report to the State Government with its findings.

“I lived in another place where the toilet broke down and the landlord didn’t replace it, and so every time we needed to go to the bathroom we had to run down to the local pub.

“These are examples of some of the horror stories that are out there.”

Data from the Australian Bureau of Statistics shows just under 60 per cent of residents living in the Adelaide City Council area were renters in 2016.

A report released last week by the Australian Housing and Urban Research Institute also revealed private rental in South Australia has grown four times faster than the state’s population due to shortages of social and affordable housing.

Simms acknowledged that advocating for renters’ rights had not “traditionally been a focus for the (city) council”, but he said there was a growing need across Australia for local governments to advocate on behalf of their residents.

“This is moving into a new space for us, I think, in terms of advocating for the rights of residents directly, but I think this is a very important space for us to do so,” he said.

“It’s about making Adelaide a liveable city for everybody.” 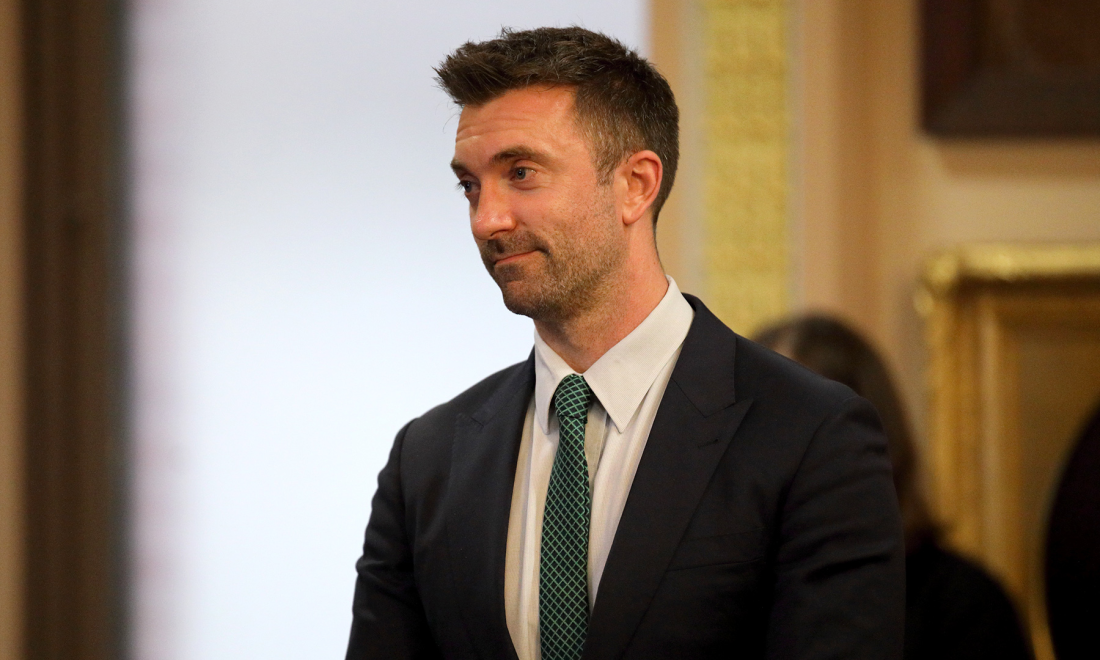 Shelter SA has long-called for landlords to welcome pets to reflect the growing number of families with pets who are forced into the private rental market.

According to an analysis by the organisation, in March this year only 16 of the 97 properties listed for rent in the suburb of Marion and surrounding suburbs were pet-friendly.

“We know that if you’ve got a pet it’s part of your family and if we want an inclusive city, a liveable city for everybody, then saying ‘You can move into a place but you can’t bring a member of the family with you’ seems pretty restrictive and unfair,” Simms said.

“A lot of elderly people in particular rely on pets as well in terms of forming a part of their community and I think the idea that we are making it more and more difficult, or the rental market makes it more difficult for people to accommodate them is unfair.”

Simms also called for the abolishment of “no cause” evictions in line with the Shelter SA campaign.

Under South Australian law, a landlord can end a periodic tenancy without reason, provided they notify the tenant at least 90 days in advance.

“I think that’s one of the big problems we have with our rental system at the moment, that the landlords have the power and the tenants are all too often at the mercy of their whim,” Simms said.

Deputy Lord Mayor Houssam Abiad, who owns rental properties in the city, said he supported “anything that improved the conditions for people living in the City of Adelaide”.

“As a landlord myself, they (landlords) should also honour the contract and respect the rights of tenants,” he said.

“It’s about making sure that people meet their obligations, and in essence we shouldn’t be ending people’s leases unless there is a real reason to.”

But Abiad questioned whether the council would have the ability to change state or federal legislation.

He also said it was important the council respected the rights of landlords to choose whether they wanted pets in their properties.

“For example I know in certain religions they prefer to not have pets in the home, so it’s important that we maintain the freedom of people to determine who lives in their properties,” he said.

North ward councillor Mary Couros, who also works in the rental industry, agreed that there were “two sides to every argument”.

“This is not a council issue and is part of a private sector which is not for us as a council to dictate,” she said.

“There are always two sides to every argument and it is not the responsibility of the council to interfere and there are government bodies that support tenants fairly to ensure that their rights are met.”

Lensink announced last week that the State Government had developed a “bold” new report that identified how the state could improve its affordable housing stock.

“Given we face a range of significant and complex housing challenges it’s the right time to hit the reset button on a broken system,” Lensink said.

“We need to focus on housing as being affordable, accessible, suitable for different types of households and in the right location.”