The Treasurer today outlined his proposed schedule of fees and charges for 2019-20 to be included in next month’s State Budget.

InDaily revealed in April that Treasury had directed public servants to model larger than usual increases to government fees and charges – with Lucas insisting he has “quarantined” increases in public transport fares to 2 per cent and fines for low-range speeding to “just 1.7 per cent”.

“It’s no secret the state faces a significant $517 million shortfall in GST revenue in 2019-20 and it’s imperative we seek to plug that hole in a responsible way,” he said in a statement.

“The Government will continue to cut waste and reduce spending in lower priority areas and increase revenue, especially from people who are breaking the law.”

That includes motorists using their mobile phone behind the wheel, who will face a $534 fine – a $200 increase.

“Brainless idiots who blatantly thumb their nose at the law, risking the lives of others on our roads, ought to be whacked,” Lucas said.

“For far too long, thousands of them have been ripping off the system by asking their bosses not to identify them as a speeding motorist in a company vehicle, enabling them to avoid a loss of demerit points so they can stay on the road and keep their licence,” he said, adding that 15,000-odd people were caught in that manner in the last financial year.

“Quite frankly, the limp lettuce leaf of a fine structure we’ve had in the past has practically given these motorists a licence to speed,” Lucas said.

He said public transport increases had been capped, with rises adding “only 10 cents to a single trip ticket, 7 cents to a MetroCard single fare and $2 to a regular 28 Day pass”. 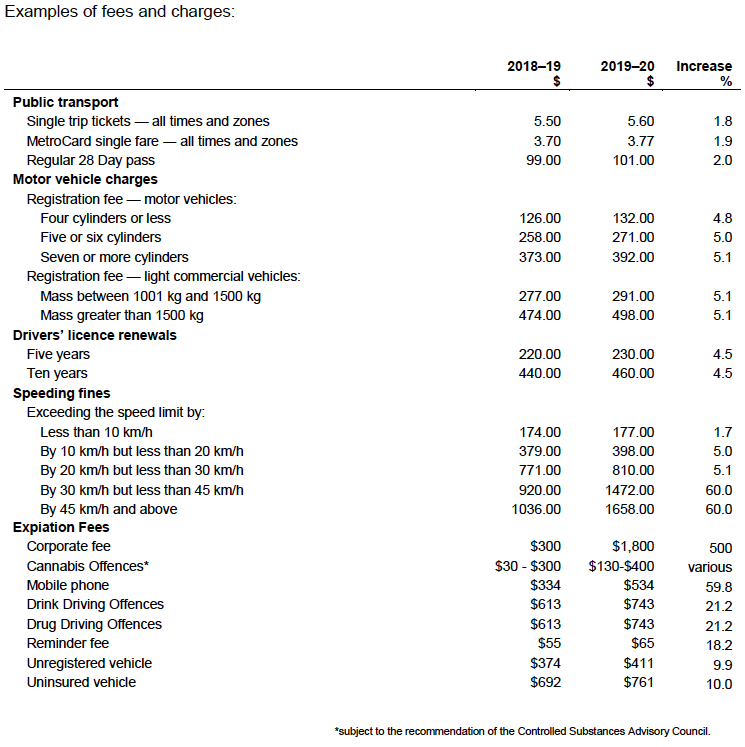 With the introduction of a new liquor licensing structure after the recent review by retired Supreme Court Judge Tim Anderson, late-night venues will see thousands of dollars added to the cost of renewing their licences.

Lucas said that was because of a “risk-based annual liquor licensing fee structure and thorough analysis of the current fees being paid at all levels of licences”.

The new fees are set to come into effect for new licences from November this year, while existing licences transitioning to the new system won’t be affected until they’re up for renewal in mid-2020. 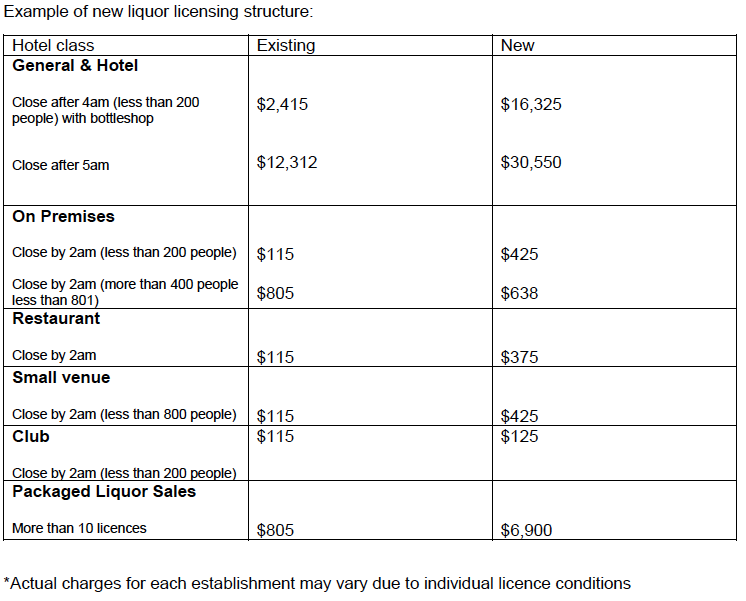