An inquiry into SA’s migration settings has also been told the State Government must aggressively pursue interstate migrants, targeting explicit marketing campaigns at “people from Melbourne and Sydney… who don’t want to live in megacities”.

The Morrison Government last month unveiled an immigration platform that reduced the cap on permanent migration from 190,000 to 160,000 for the next four years, while introducing new Designated Area Migration Agreements [DAMAs] – a measure for which Premier Steven Marshall had explicitly lobbied.

The new measures would allow SA employers to sponsor skilled overseas workers for positions they are unable to fill locally, following an oft-spruiked Northern Territory template that Immigration Minister David Coleman said has shown “first-hand the benefits of using a DAMA to respond to unique workforce shortages”.

But an Economic and Finance Committee inquiry into the economic contribution of migrants in SA heard yesterday from members of the Committee for Adelaide, a broad alliance established to promote SA, which has been outspoken about the need to bolster the state’s stagnant population.

“Yes, the DAMA is great, but actually accessing that DAMA could be problematic, very costly and involve a lot of risk,” he said.

He suggested the threshold salary for participants was too high, noting the existing minimum salary level for temporary skilled migrants was $53,900, with the ACTU recently calling for it to be increased to $65,000.

“That is above what a lot of people get paid in regional areas and in different occupations,” he said.

“If we were to see [that] increase to a higher rate, then it effectively renders a lot of the occupations that are within the DAMA inaccessible.”

He said a “big issue” with the SA plan was the lack of a clear pathway to permanent residency, arguing the NT template had actually been “highly unsuccessful in terms of attracting numbers”.

“I believe that over the last two years only about 60 people accessed their DAMA, which is incredibly low,” he told parliament.

“That’s due to the policy settings, and that’s something that could potentially happen here in SA if we don’t have the right pathways through to permanent residency.

“It is not as if someone is going to migrate from the other side of the world to Adelaide if they don’t have an opportunity to lay down roots and stay here permanently… that’s really what we want; we want people from overseas coming here to address those long-term demands in the local labour market.” 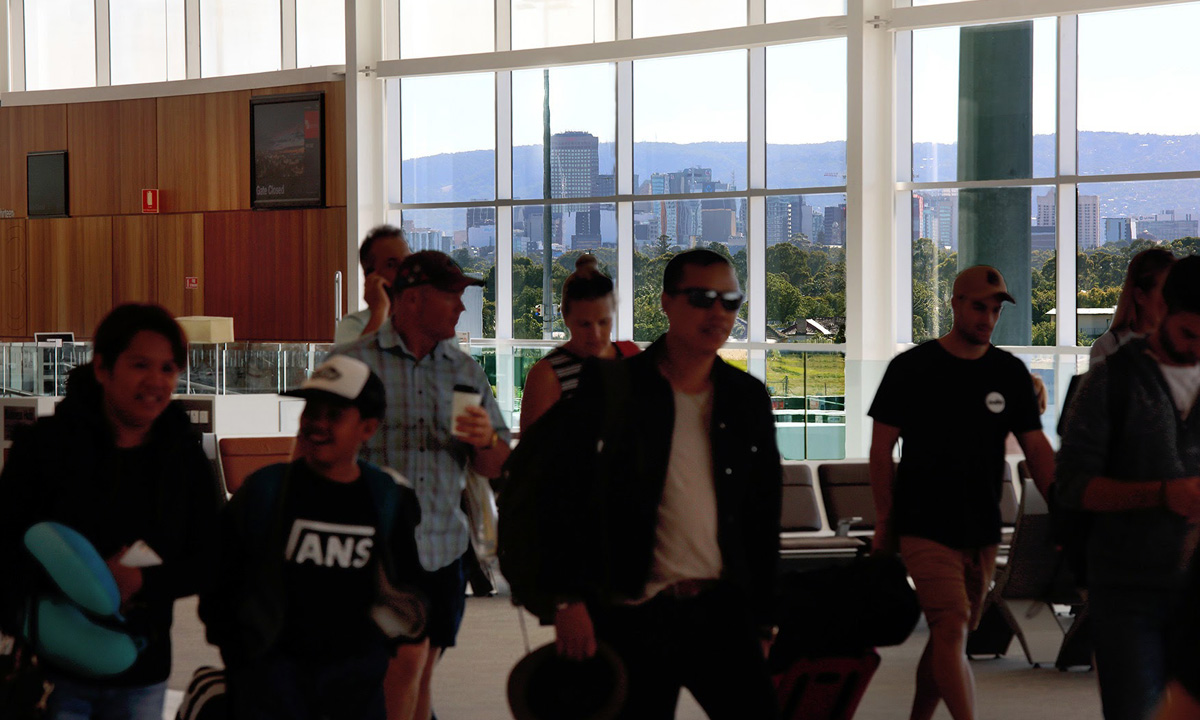 Another concern, Glazbrook said, is “identifying the right occupations”.

“On the one hand, you have the federal government saying, ‘We want to move people to our regions’ but on the other hand, if they’re not allowing sufficient occupations to be included in the DAMA, then it’s not allowing us to address our current workforce demand,” he said.

While the federal government “seems very willing to hand out DAMAs at the moment”, that represents only an “overarching agreement” – leaving local sponsors to navigate the drawn-out minutiae.

“The overall cost of a business accessing the DAMA, employing someone and paying the Skilling Australians Fund levy… could be anywhere between $20,000 and $30,000 to employ a mobile plant operator on a farm in regional SA.”

He warned a new work two-year experience requirement was also a major barrier to the migration plan’s success, as it would preclude international students who are already in SA.

“Because of the cost involved, which is quite high, it’s a significant risk now if employers have to look overseas to employ someone who they have never met, who has never worked in a regional area of SA, who has never met their staff – who might not get on with the employee – management or suppliers… that person could arrive here from overseas after 12 months and $20,000 to $30,000, potentially, and hate the regional area, not settle or have a workplace conflict with the employer.

“As a result of that, the relationship may break down, the person may move away and the employer is back to square one, where they have to try to fill that vacancy.

“The minimum salary level is definitely a barrier and the pathway to permanent residency is another barrier, but the two-year work experience requirement is a significant issue that’s going to have a big impact on the use and success of the South Australian DAMA.”

The Committee for Adelaide called for “a steadfast and public-facing strategy regarding population growth”.

They cited their own existing programs, Adelaide Abroad and the Boomerang Club – the first a forum designed to coax expats back to SA, while the latter is a support network for recently-returned South Australians.

“We also believe we need to address critical issues around SA’s narrative, which can lead young people to believe that the only way they can build successful careers is to move interstate or overseas, even when this is not the case,” Committee for Adelaide CEO Jodie van Deventer told the inquiry.

She urged the State Government to target marketing campaigns at “people from Melbourne and Sydney… who don’t want to live in megacities”, and to spruik SA overseas as a migration destination.

“The decision to emigrate begins with migrants, and when they think of Australia they often only know Sydney or Melbourne,” she said.

That would include taking migration and international student placement agents on familiarisation tours of SA “so that they can experience the benefits of living or studying here firsthand, ensuring they promote our state to clients”.

“People are looking at that and they are quite fearful – I think it’s important that obviously what we are talking about is sustainable population growth… it’s not going to lead to the sorts of problems that are happening elsewhere,” she said.

“I think there is a concern that people are looking at Sydney and Melbourne and hearing population growth and straight away jumping to something that really isn’t a reality for SA.”