It comes as the State Government confirms the sale of Leigh Creek’s former Alinta-owned residential property to private tenants won’t take place until at least 2021, with current lease agreements extended until the middle of that year.

Tourism operator ‘1834 Hotels’ was contracted by the former Labor government in December 2016 to run and market the 64-bedroom former Leigh Creek Tavern (rebadged as the Leigh Creek Outback Resort), after former owner and tenant Alinta Energy closed the coal mine around which the town was created.

But InDaily has confirmed that 1834 Hotels wrote to the State Government in November “to advise it would exit its lease arrangements” at the end of March.

Strangely, though, 1834 CEO Andrew Bullock told InDaily the hotel chain was part of a fresh consortium tender for the new lease, which the Government has once again put out to market.

The Leigh Creek Outback Resort was intended to become the centrepiece of a strategy to remodel the town as a tourism gateway, with hotel general manager Leigh Kentwell telling The Advertiser in January 2017, when the hotel re-opened, that “our aim is to re-establish the property as an iconic regional resort and Leigh Creek as a must-visit destination in the Flinders Ranges and outback”.

“Our intention is to market Leigh Creek and its iconic scenery to the world,” he said at the time.

“We are working to establish the resort as an outback conference venue.”

But a Marshall Government spokesman confirmed to InDaily that 1834 “wrote to the Leigh Creek Taskforce [the taskforce overseeing the transition of the township] on 12 November 2018 to advise it would exit its lease arrangements on 31 March 2019”.

It’s understood the original contract was until year’s end, which means the hotelier will break its lease agreement nine months early. 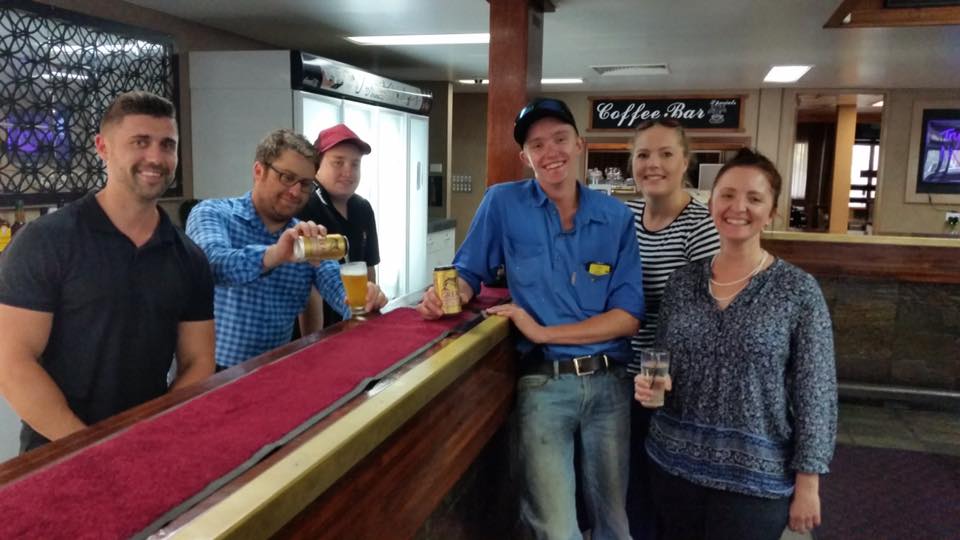 A photo posted on the re-opening of the hotel in 2017. Photo: Leigh Creek Outback Resort via Facebook

Last month, the Department of Industry and Skills sought expressions of interest “for the operations and management of the Leigh Creek Tavern until 30 June 2021”, with applications closing a fortnight ago.

It’s understood several bids – including the one involving 1834 – have been progressed for assessment “as a matter of priority”.

The Leigh Creek Taskforce was disbanded shortly before last year’s state election, but was re-established by the Marshall Government – according to a spokesman – “to determine, in part, the future use of the [town’s] housing in the context of what will deliver the best outcome for the town and the community”.

All commercial and residential leases were previously locked in until the end of last year, with a view to opening the town up to freehold ownership thereafter, but the Government says those leases have now “been extended (from an annual basis) to 30 June 2021”.

Bullock said he couldn’t discuss the reasons behind 1834 pulling the pin on its original lease.

“It’s a structural thing, and the terms of that are commercial-in-confidence [but] there’s a good rationale,” he said.

But he added: “We’re not re-bidding on the same terms that we’re currently operating under.”

“We’re not the primary party that will be part of it; we’ll be involved… at a lesser level,” he said, declining to name the other businesses involved in the bid.

“But we’ve certainly got some interest through some third parties to remain involved in some way… we would still plan on having a relationship [with Leigh Creek] but it depends on whether those parties are successful.”

Bullock said he remained “very positive that all the things we hoped with Leigh Creek are certainly heading in the right direction to make it a tourism destination”.