About half of its clients each year are not concession card-holders and will lose access to it from July 1.

Deputy Premier and Attorney-General Vickie Chapman said South Australia is one of the only jurisdictions where the Public Trustee provides will-making and enduring power of attorney services with no upfront cost.

“South Australia is one of the only jurisdictions in Australia that provides this service for free,” said Chapman.

“While this change is occurring, we do realise there are people in the community who simply can’t afford or otherwise access these services.

“This is why those on a concession can still access these services free of charge.”

However, the Public Trustee does extract a cost-recovery fee for service from a person’s estate when they die.

InDaily understands that while the change will garner small savings for the Public Trustee, lower returns to the Government when fewer estates are settled and managed by the Public Trustee in the future are expected to overtake these savings.

According to the Government, about 40 per cent of the wills prepared by the Public Trustee each year are eventually revoked or re-worked by an external legal service before a person’s death.

Chapman is using Independent Commissioner Against Corruption Bruce Lander’s 2017 evaluation of the Public Trustee to justify the change.

“In 2017 the Independent Commissioner Against Corruption evaluated the processes at the Public Trustee and made recommendations on how it could more effectively provide its core functions,” she said.

“This change is consistent with that ongoing approach to ensure the Public Trustee focuses on its core functions of providing services as a trustee, an executor, a guardian and administrator.”

However, reducing the will-making service is not among the recommendations of Lander’s September 2017 report.

Lander’s report also warns that a long-term decline in the number of wills held by the Public Trustee will have a negative impact on its income.

“The number of wills held by Public Trustee is also reducing,” the report reads.

“The decline in wills and estates under administration will have a negative impact on Public Trustee’s future income.”

However will preparation is also listed among the “core business” functions of the agency which have attracted the most complaints.

In a statement to InDaily this afternoon, a spokesperson for the ICAC told InDaily: “The Commissioner’s report is clear.”

“Any inferences drawn from its content is a matter for individual readers.”

Chapman also said the Public Trustee needed to get back to its “core business” as a trustee, an executor, a guardian and administrator.

The front page of the Public Trustee’s website is covered with advertisements for its will making service. 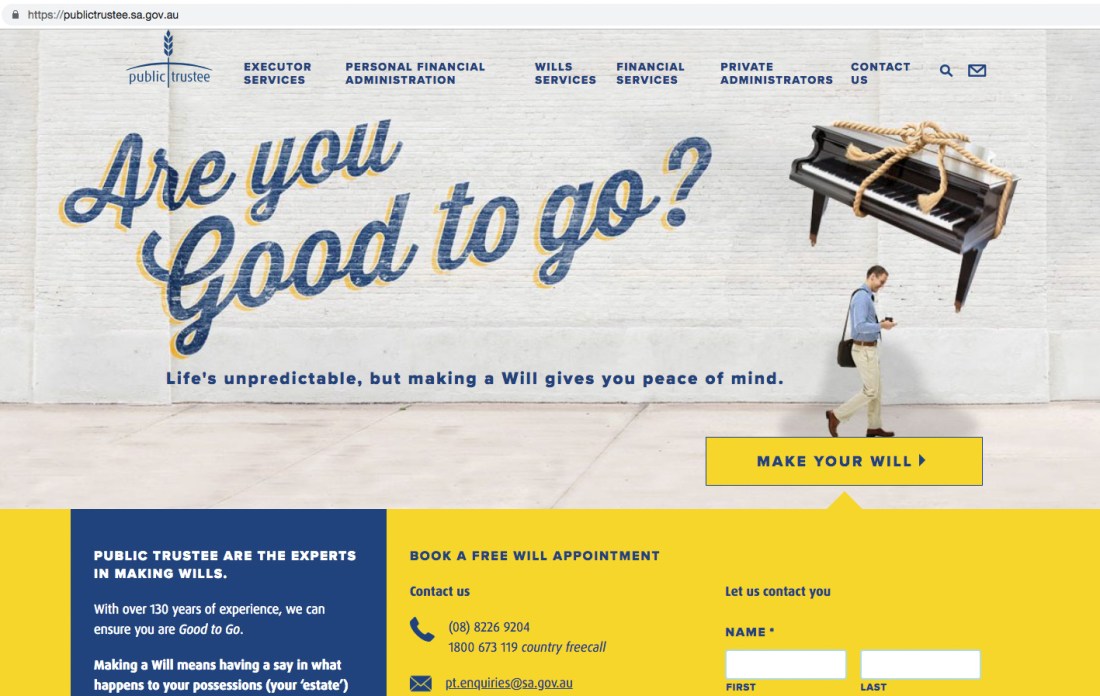 Chapman added that the Public Trustee is working with the Law Society of South Australia and other service providers to refer people affected to other services.

The Public Trustee will be contacting all clients who are affected by these changes over the next month.

The Legal Services Commission provides advice on wills, but does not prepare them.

However, current clients living in metropolitan Adelaide can contact the Public Trustee on 08 8226 7423.

Lander was not immediately available for comment, but his office directed InDaily to the recommendations of the report.