The 2.5ha Port Road site had been valued at almost $17 million in February last year when it was rezoned to allow for residential development of up to eight stories.

Anglicare SA CEO Peter Sandeman told InDaily this morning that his organisation had this week purchased a 9,500m2 portion of the site for an undisclosed sum to build its third housing and services hub in metropolitan Adelaide

The purchased site, approximately two-blocks in size immediately south of the bottling plant, will be developed into multi-storey affordable and social housing, an Anglicare services centre and a space for “back-room administration”. It will complement Anglicare’s two existing services hubs, located in Elizabeth and Noarlunga.

Coca-Cola Amatil had formerly used the site as a storage space and car park.

Sandeman said it was “enormously rare” to secure a plot of land so close to the city and he was “quite confident” that construction would begin in six months, with the build expected to be completed by about 2020-21.

“I suspect Anglicare will be the first to develop on the site so we will have to use due-care in making sure the design is appropriate and sets, I hope, a high standard of what will be developed along that stretch of Port Road in the future,” he said.

“It’s a great location because it’s right at the Thebarton tram stop and facing into the park lands, so we hope that will be regarded as an asset to the community once it’s been developed.

“We will also, of course, attempt to be as green as possible in the way in which the building operates.”

Sandeman said Anglicare’s proposed development was still subject to planning approval, but the block’s size allowed for “quite a large number” of houses to be built.

“The issue now is, what should be the balance between social and affordable housing that should go on the site,” Sandeman said.

“It would be an excellent site, for example, to accommodate nurses and doctors and others from the Royal Adelaide Hospital, which is just one tram stop from the site, but also there is a real need for social housing given the reduction in public housing over the last few years and the homelessness situation.

“We now need to do some extensive financial modelling to find out exactly how the development proceeds from here.” 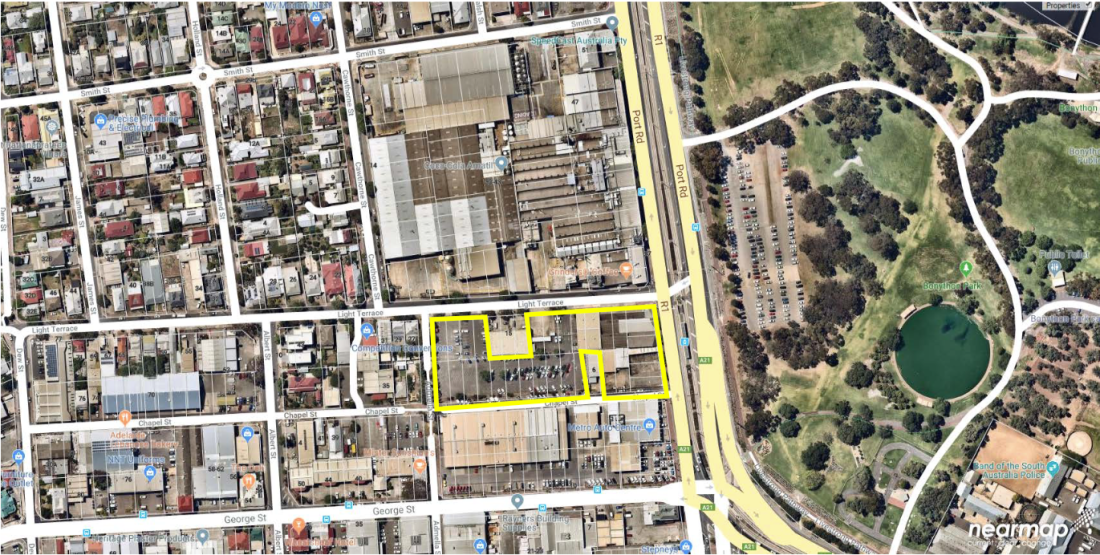 Social housing comprises both public and community housing and is used to accommodate people on low incomes or those who rely on income support payments. Affordable housing provides a reduced rental arrangement for people who are struggling to enter the private rental market.

Sandeman said there was currently an “acute need” for affordable housing in Adelaide, especially for people who are on low incomes and who need to live within reasonable commuting distance to the city.

He said there was an equally pressing need for social housing, with this year’s Anglicare Rental Affordability Snapshot revealing a single person on income support would be unable to afford a private rental in metropolitan Adelaide.

“This has knock-on effects in terms of family functioning so one of the things that we need to do in South Australia is to do more of this – investing in more social and affordable housing,” Sandeman said.

The services hub planned for the Anglicare site will include community aged care, homelessness and disability services.

Sandeman said the site also provided an opportunity for Anglicare to lease offices for commercial use to generate an alternative income stream.

Sandeman said the long-term tenure agreement would allow Anglicare to redevelop the site, which he said was currently “long-past its use-by date”.

“We are fortunate in that we are credit-worthy, so we are able to be supported by the financial institutions and can apply money that would otherwise be spent on rent into purchasing and developing new sites.

“This is not going to, in the long-term, add to the costs of Anglicare, but it will produce an asset which, over the life of the building, will reduce our costs.

“It will mean that we will be able to put more money into services and not spend so much on rent.”