The Crime and Public Integrity Policy Committee yesterday resolved to request Lander’s presence to answer questions about his annual report tabled earlier this month, according to Liberal chair Dennis Hood.

Such an appearance is routine following the report’s publication, but it’s also likely Lander will canvass issues around the secrecy provisions of the ICAC Act, which were thrown into the spotlight amid a bizarre estimates hearing during which Planning Minister Stephan Knoll refused to answer a series of questions regarding the whereabouts of senior government staff.

Lander told InDaily earlier this month the application of the secrecy provisions “needs to be considered”.

However, the presence on the committee of Labor’s chief strategist, Leader of Opposition Business Tom Koutsantonis, makes it inevitable Lander will also field questions about what he discussed with Chapman before she released a public statement alluding to the ICAC in relation to questions about senior Renewal SA bureaucrats taking sudden leave.

I’ll be asking the obvious questions of the ICAC Commissioner

InDaily revealed last month that Lander believed the Attorney-General contravened an express agreement not to mention ICAC in her public statement, which he retrospectively authorised media to publish.

Days later, Chapman declared she had sought Crown Law advice on the matter and was “satisfied that no breach of the Act has occurred”.

Labor sought further answers in Question Time last week, after its own legal advice – from Victorian silk Ray Finkelstein – found that “the Commissioner cannot retrospectively authorise a disclosure or a publication”.

Koutsantonis did not confirm to InDaily that he would raise the matter directly with Lander, but said: “I’ll be asking the obvious questions of the ICAC Commissioner.” 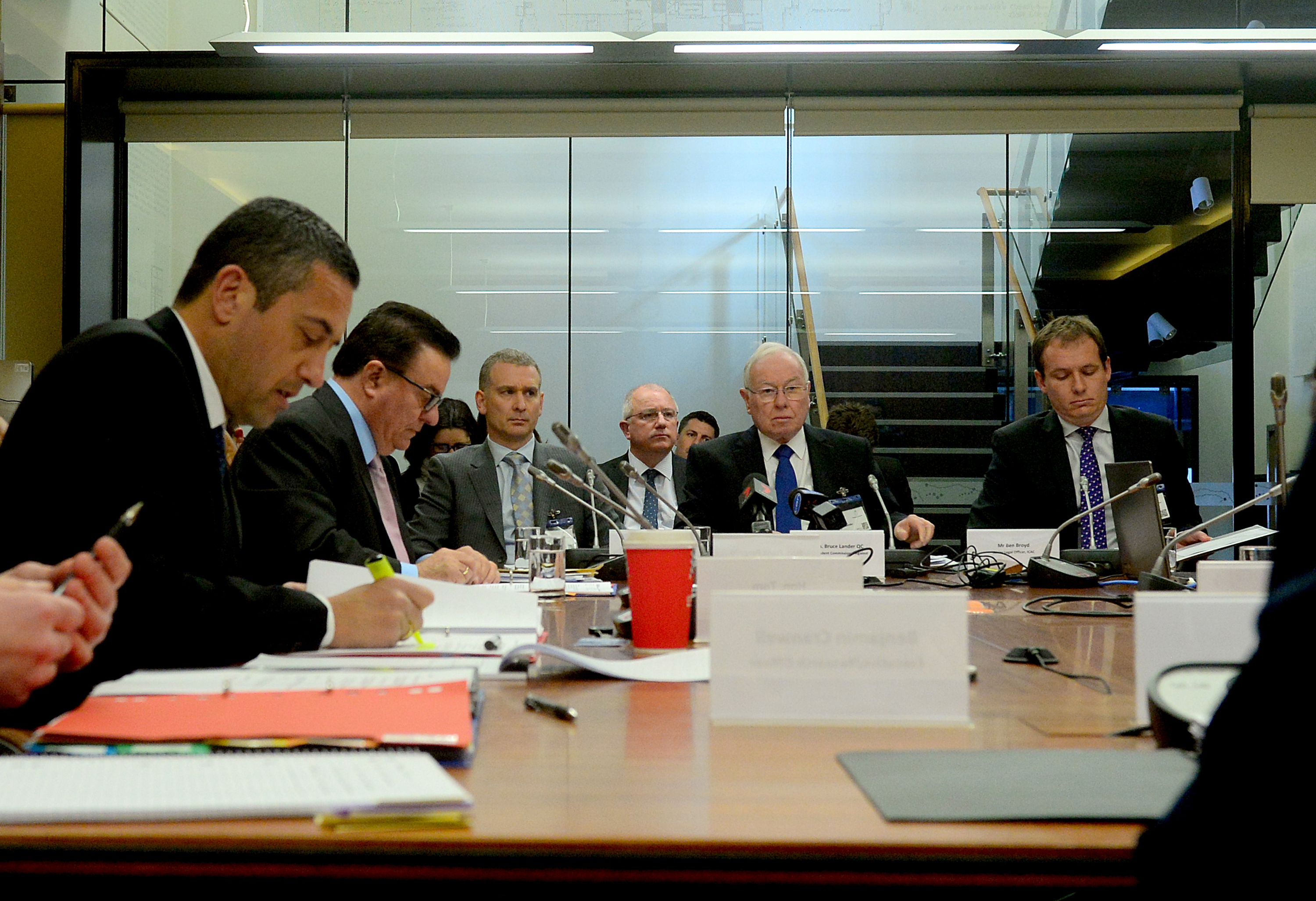 Koutsantonis (left) is expected to press Lander (centre) about his conversation with the Attorney-General. Photo: Sam Wundke / AAP

Koutsantonis has his own history with Lander, having been grilled by the Commissioner in 2015 over his dealing with bureaucrats in the Gillman land sale debacle.

Hood said he would not direct Koutsantonis away from questioning Lander over his conversations with the Attorney, or whether he believed she had been in breach of the ICAC Act.

“The purpose of the meeting is to examine the Commissioner’s annual report [but] there’s nothing preventing members asking any questions,” he said.

“Members are able to ask any questions that they see fit.”

Hood said the inquiry would canvass questions about the number of cases instigated by the ICAC “and how many resulted in prosecutions”.

“Public comments have suggested there’s scope for the matter to be reviewed, and if so the committee would have a look at that,” he said.

However, despite last month’s messy turn of events, Chapman herself has been publicly lukewarm about revising the secrecy provisions, saying the Government was giving “priority to public [maladministration] hearings”.

“But if [the Commissioner] has concerns otherwise in relation to matters that may need further amendment, we’ll add them to the list,” she said earlier this month.

Lander was unavailable for comment today and will be on leave for the next fortnight.

Hood said the committee was – and should be – “a free-ranging inquiry”.

“But its clear purpose is to examine the details and findings of the Commissioner’s annual report, and anything beyond that becomes a matter for the committee to determine,” he said.

Lander is scheduled to front the inquiry on November 20.