The ad told patrons to: “Grab a red tin and head down to the front smokers area at Dog’s, to grab yourself a free durry.” 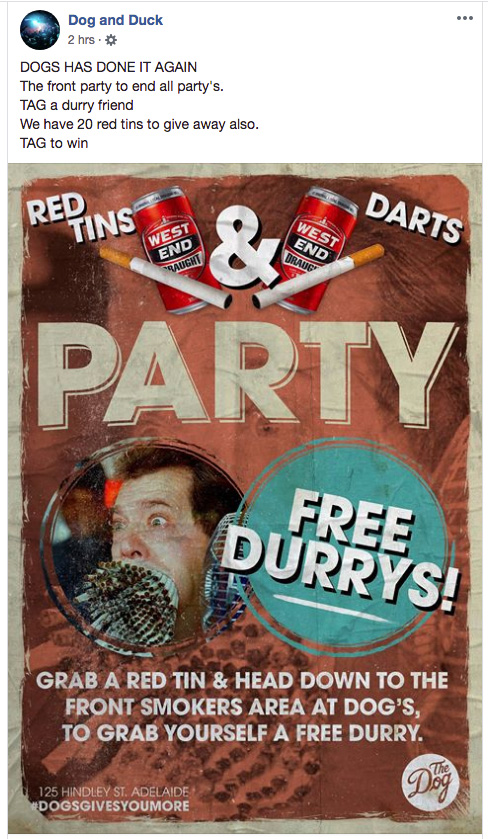 SA Police has confirmed it is investigating the advertisement.

Under the Tobacco Products Regulation Act, it is illegal to:

Each offence carries a maximum $5000 fine.

“This has included speaking with the licensee and liaising with the Liquor and Gambling Commissioner, Consumer and Business Affairs and SA Health.”

It claims the post was actually advertising a new cigarette-themed “shot”. 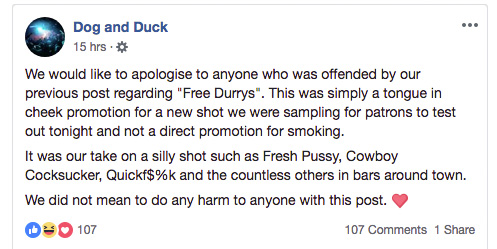 The club has also removed a separate Facebook post, which did advertise a black-coloured shot that was meant to remind customers of an ashtray.

Dog and Duck declined to comment on the promotion or the police investigation.

Under the Late Night Trading code of practice, licenced venues must not offer free drinks after midnight, or supply “any alcoholic beverage that may encourage the rapid or excessive consumption or liquor” after 2am. 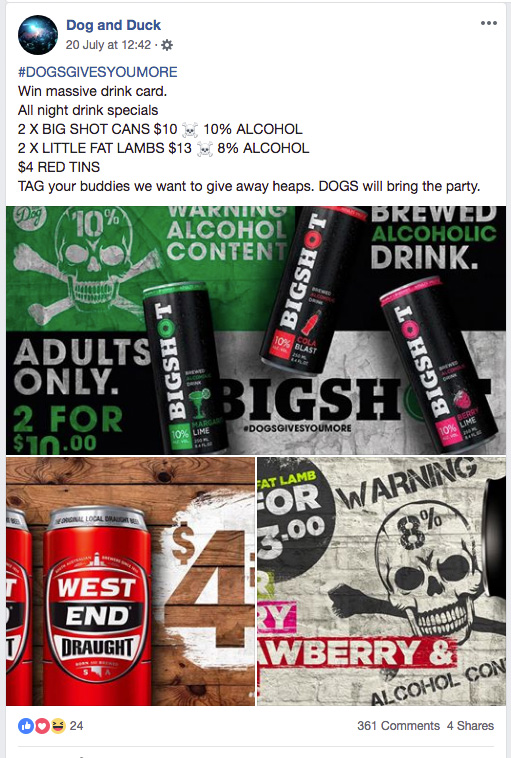 Another offers drink cards on entry. 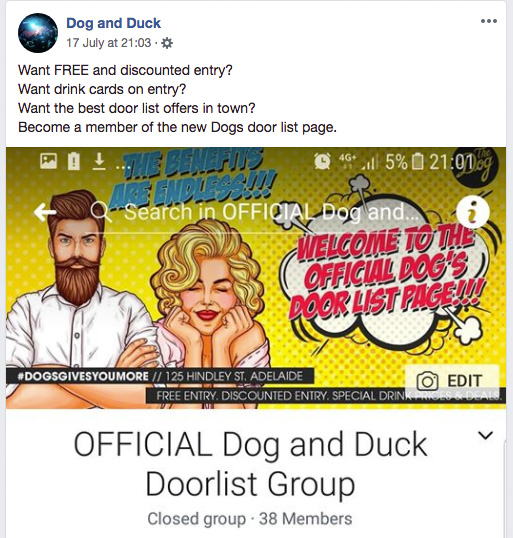 It’s not clear, however, that “all night” includes the hours after 2am, or that the club accepts the drink cards as payment after midnight.

Another trader in the West End, who spoke to InDaily on condition of anonymity, said a series of recent promotions by Dog and Duck had triggered competition among Hindley Street clubs to provide cheap drinks.

“They’re pressuring other venues into trying to compete with them … doing these drink specials, which just isn’t on,” the trader said.

The trader also expressed concern over radio transmitter wristbands which the Dog and Duck allegedly provides to patrons.

He said the wristbands, offered to patrons, flash and vibrate at any point in the night – indicating that drinks are being sold cheaply for a short time.

“(It) encourages the kids to run back to the venue,” he said.

“It’s only for a short period, so kids are going to get as many as they can, as quick as they can. It’s of grave concern.”

When approached by InDaily, Dog and Duck said it would not comment on the SA Police inquiry nor criticisms of its cheap drinks promotions.