Attorney-General Vickie Chapman told InDaily she had “already raised the question of a night court” in a meeting with Chief Magistrate Mary-Louise Hribal and was open to looking at “the rolling list and alternate shifts”.

The latter option was spruiked this week by prominent barrister Lindy Powell QC during her regular appearance on ABC Radio Adelaide and Chapman said she was “always happy to look at initiatives that might work”.

“I’ll add that to the list of things I’m going to speak to the Chief Judge about,” she said.

Chief Judge Michael Evans did not wish to make comment but figures provided to InDaily by the Courts Administration Authority suggested the number of matters not reached is improving, from 125 in 2015-16 to 66 last financial year and just 19 this financial year as of last month.

Chapman noted that “there’s obviously been a significant improvement and I think it will continue” when two new criminal courtrooms come online in the Sir Samuel Way Building, part of a $31 million sop to the legal fraternity in Labor’s last state budget.

However, court delays remain a hot topic among the legal profession, with Powell telling the ABC that “there must be something wrong with the listing system”.

“I thought it was getting better, but it seems to have gotten bad again,” she said.

You don’t leave an operating theatre empty and only operate between 10 in the morning and 4.30 in the afternoon

Chapman’s ‘night court’ proposal would involve a weeknight sitting with cases listed between 7pm and 9pm, giving defendants with employment commitments at other times, including shift workers, “a time much more convenient to their work commitments”.

But Chapman said the chief magistrate informed her that there was a previous trial of a night court in the 1990s and “it doesn’t work because nobody wanted it”.

A spokesperson for the Judge Mary-Louise Hribal told InDaily in a statement that “the Chief Magistrate believes there is at present no need for night courts, as Magistrates are on an after-hours phone roster which includes weekends and public holidays”.

“They deal with urgent matters as required by legislation, including bail applications, matters relating to extensions of time for forensic procedures and search warrants, to name but a few.

“Previous attempts at night courts showed the take-up rate was low, [while] night or after-hours courts would require significant extra resources and co-ordination across all associated justice agencies [including] prisons, police, DPP and victim support services.”

The spokesperson said since the last trial of night courts in the 1990s – which was believed to have utilised the courts in Adelaide, Port Adelaide and Elizabeth – “expiation notices have resolved the problem of working people finding time for court on minor matters during working hours”, while for adjournments and simple pleas, “changes with technology will further assist”.

“That said, the Chief Magistrate will continue to discuss the matter with the Attorney-General,” the statement said.

An increase in the prevalence of shift and part-time work in the intervening years since the last night court trial could see Chapman push the case further.

“I was left with the impression there would be a big extra cost because of after-hours work [but] it’s designed to help defendants, as distinct from counsel or court staff or magistrates,” she said.

She also noted that SA had previously used a Saturday morning court schedule, again around 20 years ago, generally as a clearing-house for Friday night arrests.

“It helped resolve things without having to wait till the following Monday,” she said.

“I think it’s worthy of inquiry – if there’s a shortage of courts and plenty of personnel, the logical thing to do is have two or three shifts, or night court.”

However, Chapman said she was “looking at bigger things in relation to restructuring of the courts”, including “revisiting rolling lists, which we consider has been successful in New South Wales”.

The NSW Rolling List trial involved a dedicated judge and two prosecution and defence teams; while one team was in court running a trial or sentence hearing, the other team would prepare future matters. The results suggested the scheme led to more open communication between prosecution and defence, higher levels of informed pre-trial disclosure, earlier resolution of issues and less frequent adjournments, with a “significantly higher proportion of matters finalised (65 per cent) compared with matters dealt with in the general court list (37 per cent)”.

More than half (58 per cent) of matters listed resolved in a guilty plea before the trial date, compared to 22 per cent of those randomised to the general court list.

Chapman said she had raised the NSW trial with the Director of Public Prosecutions and the Legal Services Commission and “both indicated that was worthy of looking at”. 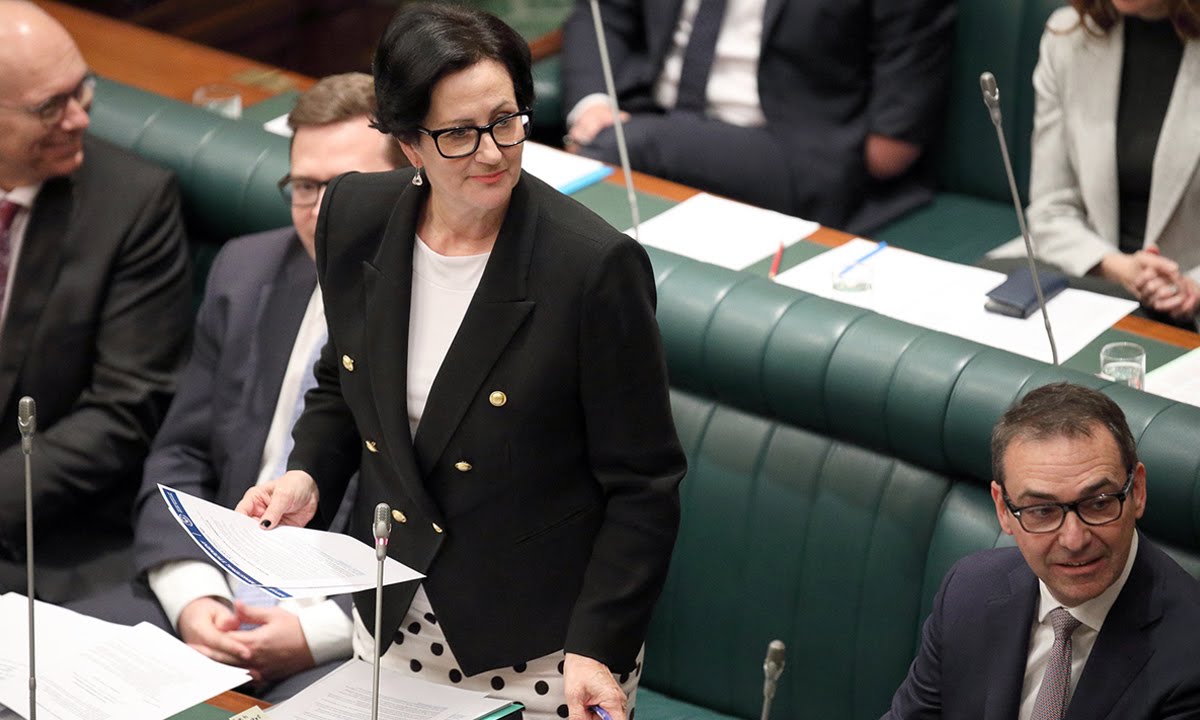 She forecast push-back from sections of the legal profession who would be concerned about a high turnover of cases, but added: “Welcome to the real world.”

“The real world is that private barristers realise they might have to finish one case one day and start a new case the next day,” she said.

“Rolling lists is an initiative which we’re certainly looking at, and consulting with all the relevant parties.”

She added that “I simply don’t know enough about what’s capable of being done”, but noted that successive annual reports from the Courts Administration Authority suggested there was an “adjournment of trials on an all-too-frequent basis because they don’t have a courtroom”.

“If you’ve got a judge who’s available, but no courtrooms, surely you’d have a multi-use to the courtrooms,” she said.

“I reckon they’ve got enough judges… the problem is courtrooms,” she said.

Powell’s own proposal would involve two court shifts a day.

“Instead of sitting from 10am till 4.30pm with a lunch break, you could do 9am to 1pm, then a half hour changeover and 1.30pm to 6pm… you’d double the use of the courtrooms,” she said.

“If you didn’t have these stupid breaks all the time for cups of tea and things, you’d probably get in almost as much in a morning as you do all day [presently].

“You don’t leave an operating theatre empty and only operate between 10 in the morning and 4.30 in the afternoon – if they’re so expensive to run, why not maximise their use?”

She also welcomed a focus on rolling lists.

“I reckon you could have at least two or three courts dedicated to legal aid matters and then the Legal Aid Commission could retain, say, four barristers for a month and the prosecution could use four prosecutors, and you’d just roll it,” she said.

“As soon as a jury goes out, you empanel the next one… and a single judge could handle that, like they do in circuit courts.”

“I reckon it would be worth trying.”