Semi-retired ad-man Andrew Killey, a fixture of the local industry for decades, will be on the board until at least April 2019, according to the Government Gazette.

The appointment, which pays $17,690 annually, has prompted strong criticism from the Labor Opposition, with Killey having made no secret of his strong Liberal allegiances, particularly in his colourful Twitter profile @KilleySA, which was deleted this week.

He has used the social media platform to endorse Liberal policy, hurl criticism and abuse at and about the former Labor Government and denigrate sections of the media with which he disagreed. 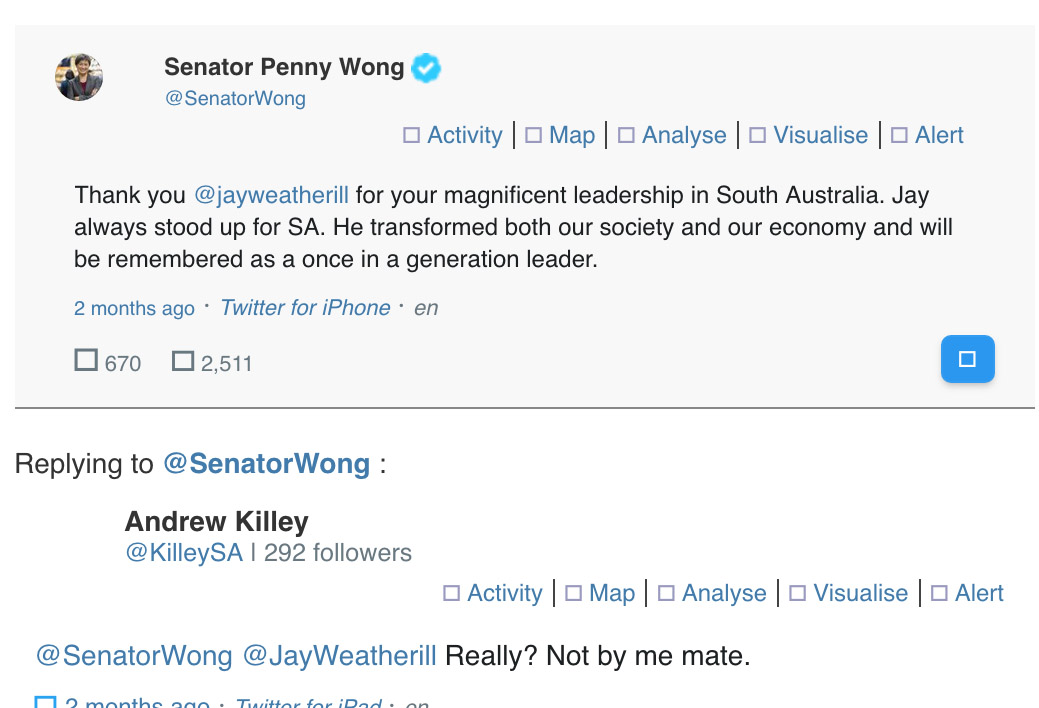 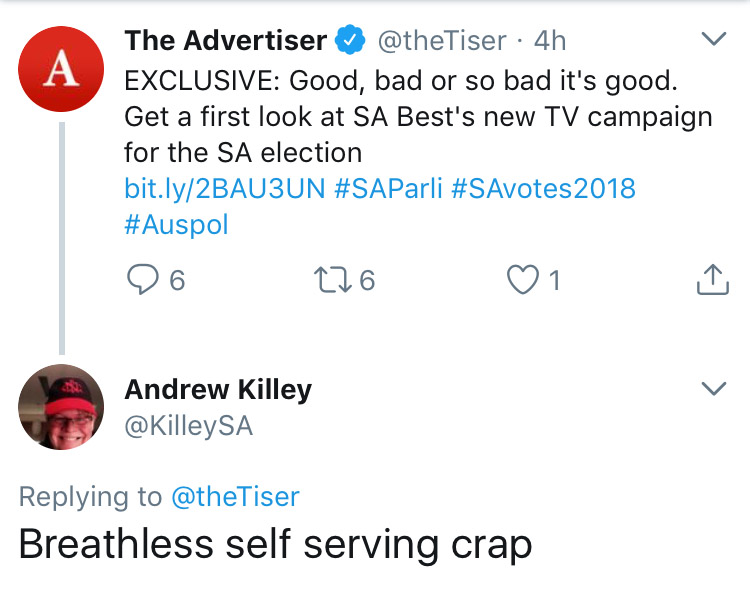 He was also the creator of the Liberal Party’s ubiquitous 2016 advertising campaign in which Marshall entertained dinner guests with his views on public policy, punctuated by his refrain that South Australia needs to “scrape off the rust and shine again”.

Killey told InDaily he was approached to take on the SATC director’s role.

“I’m guessing someone in government sees some value in having me in the room, given my experience,” he said.

“I guess I bring a marketing and communications skill set to the board, which is probably not a bad thing… I can’t think they’d need me for my financial acumen.”

Killey said he wrote the Marshall ads pro bono, although the Liberal Party paid local agency Blackbocks for the campaign and the company’s managing director Cameron Hockey insists Killey was paid as a “creative consultant” on an ongoing retainer.

“I personally did the writing pro bono… that was my personal choice,” Killey said.

He explained that the series was the last work he and Blackbocks did for the Liberal Party “because it became evident there could be a conflict”.

“I was handling the AHA (Australian Hotels Association), so it was seen as not being the right thing to do,” he said.

“I did all the work on the AHA [anti-Xenophon] campaign, which was quite successful… that was my work.”

The Liberals subsequently contracted KWP, Killey’s former firm which he co-founded with Peter Withy, for its election advertising.

Ironically, post-election the firm controversially lost its ongoing contract with the SATC, with the lucrative tender instead going to Melbourne-based company TBWA.

AHA SA general manager Ian Horne is also on the SATC board, but said he hadn’t heard about Killey’s appointment until today, after it appeared in the Government Gazette.

He described Killey as “an extraordinary creative talent” and “one of the leading creative minds in SA”, but distanced himself from the decision, saying it rested “with the minister and the cabinet”.

BELOW: Andrew Killey discusses the emphasis on “people with specific skills” for board appointments in a 2013 interview with InDaily.

Killey said while he and Withy helmed KWP “we had a policy put in place from day one [that] we’d never do any party political advertising – and we didn’t”.

“But when I retired from that I felt liberated enough to offer my services as an individual operator, because I was no longer involved with KWP financially or on a day to day basis.”

He said he was aware his appointment could be painted as a political one.

“Yeah, I’ve had that put to me,” he said, but dismissed the suggestion.

“If people think this is some sort of payback for services rendered, they’re going to think that anyway… I kind of think maybe the reason I’m there is that I bring to the table a wealth of knowledge in tourism, marketing and communications, including event marketing.

“I guess I should be judged on that.” 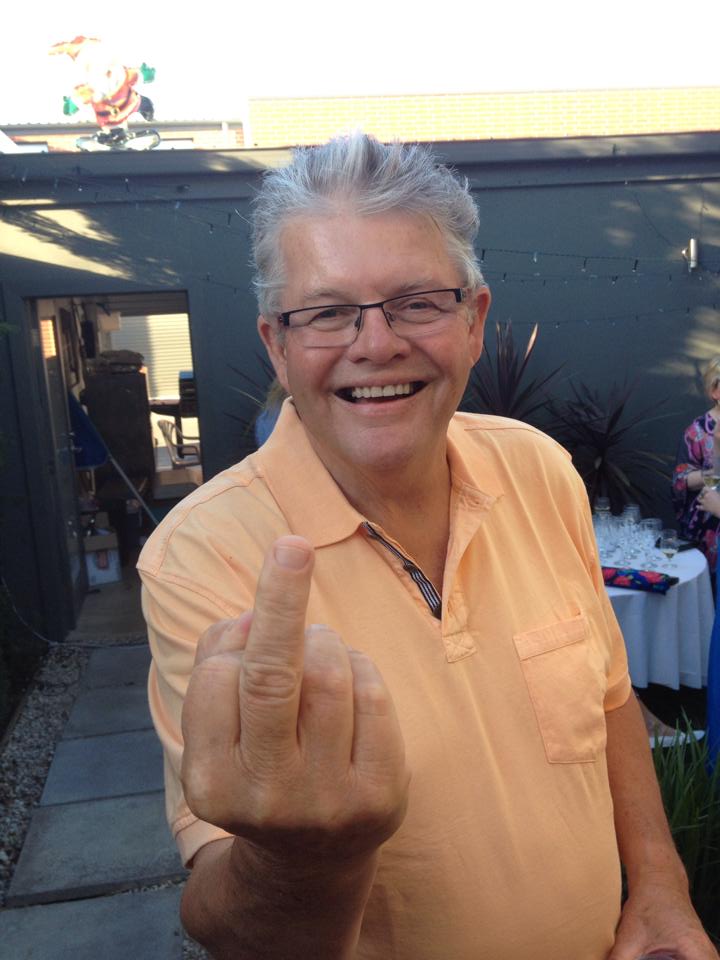 Killey is unapologetic about his online political barracking, insisting he only deleted his Twitter account because “I was getting some really weird crap sent to me [and] I was advised to do deactivate it”.

“I’m going to start it up again, under a different [handle],” he said.

Asked whether he would continue his outspoken persona, he replied: “Probably not.”

“But if there’s things that strike me, I’ll get on it – I’m not going to be silenced by anyone,” he said.

“I’m probably going to be less disappointed than I’ve been in the past,” he said of his political contributions under Labor, which he said he had only taken to posting since he retired from KWP.

“It was quite liberating for me to be able to do that, because I didn’t have to worry about reprisals on 50 staff – I was out by myself.

“There’s things you choose to do when you’re free to do them, and one was to add my support to the Liberal Party… at least I was overt about that – I don’t think anyone could say I wasn’t!”

Labor spokesman Tom Koutsantonis led the charge against the appointment, declaring it “political”.

“This man’s obviously the wrong appointment for the SATC board,” he said.

In a statement, Marshall said Killey had “enormous experience in promoting South Australia interstate and overseas through his previous roles in advertising”.

“He is a great appointment to the SATC board,” he said.