The conspicuous, main-street plot of dirt and grass at 88 O’Connell Street has been left undeveloped, changing hands from owner to owner, for decades.

Developer Con Makris has sold the property to the council for an undisclosed price, which he described as “significantly below its commercial value”.

Announcing the acquisition this morning, Lord Mayor Martin Haese told reporters the council would not “overdevelop” the land, but would build a “mixed-use” development to cater to community need.

He said the council had negotiated a fair price for the property and that its values – representing the community, not for profit – meant that the site would be redeveloped “appropriately”.

“Our motivation here is not to overdevelop.”

Premier Jay Weatherill said the State Government had chipped in $10 million to help secure the deal.

He said the site had acted as an icon of “things that can’t happen in South Australia” and that its purchase was a sign of Adelaide’s “maturity” – rather than an indication of poor economic circumstances failing to attract private sector investment. 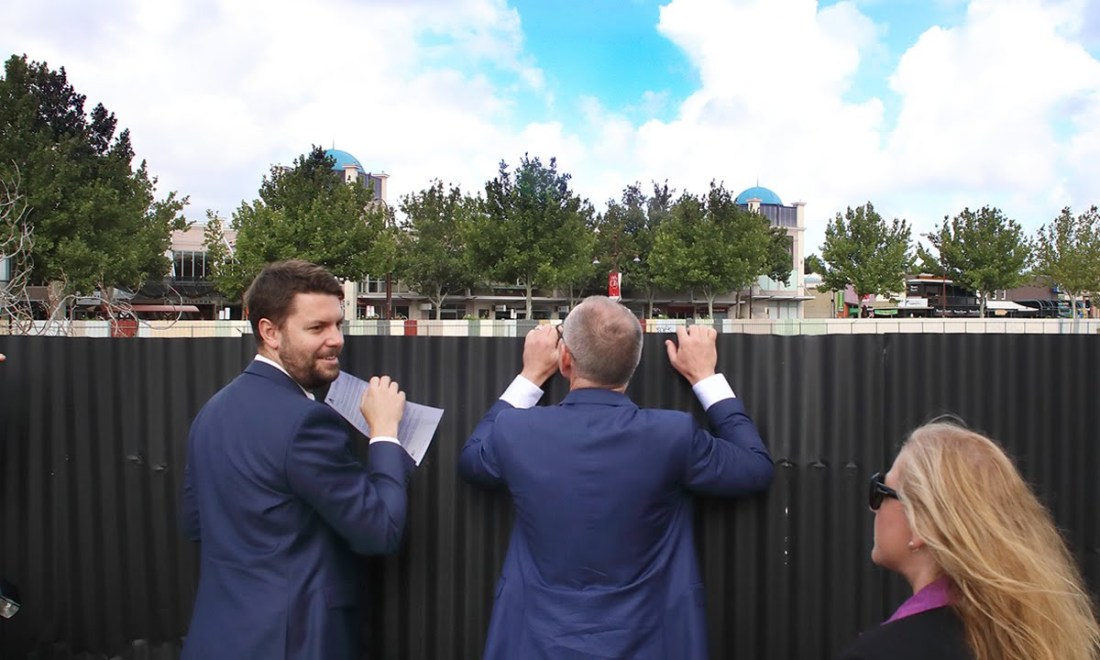 Asked whether the council or another level of government should have bought the site a decade-or-more ago, Haese said he couldn’t answer that question.

“I can’t answer that – what I can answer is we’re here today, just before Christmas, to really celebrate the signing of a contract to acquire this site.

“Many people would ask why it’s taken 30 years for this site to be unlocked, but I think the important thing to say is that we’re doing it.

“This is a can-do council.”

Haese described the Government’s $10 million grant as a “minor contribution, but nonetheless an incredibly important and welcomed contribution towards securing the site” – perhaps providing a hint about the scale of the council’s spend.

He added that his council was in “cash surplus”, in a strong financial position, and that it had frozen rates for residents and businesses over the past three years.

“I must say I suspect that (a rates freeze) will continue,” said Haese.

“The city council’s finances are in very good order … we’ve got a strong balance sheet.

Weatherill equated the prospect of the site’s redevelopment with the experience of Adelaide Oval.

“People now accept that we can develop sensitive important sites … which preserve everything that we love about Adelaide but add to it first class development,” said Weatherill.

“You saw that with Adelaide Oval, I think you’ll see that with the old Le Cornu site.”

Makris said the council would use the site “for open space and community use and to relieve the extreme parking issues and pressures in North Adelaide”.

“It has been my long-held dream to create a landmark project for North Adelaide and South Australia on the site,” Makris said in a statement.

In July, InDaily revealed Makris Group had abandoned a $200 million mixed use redevelopment it had gained development approval for on the site. 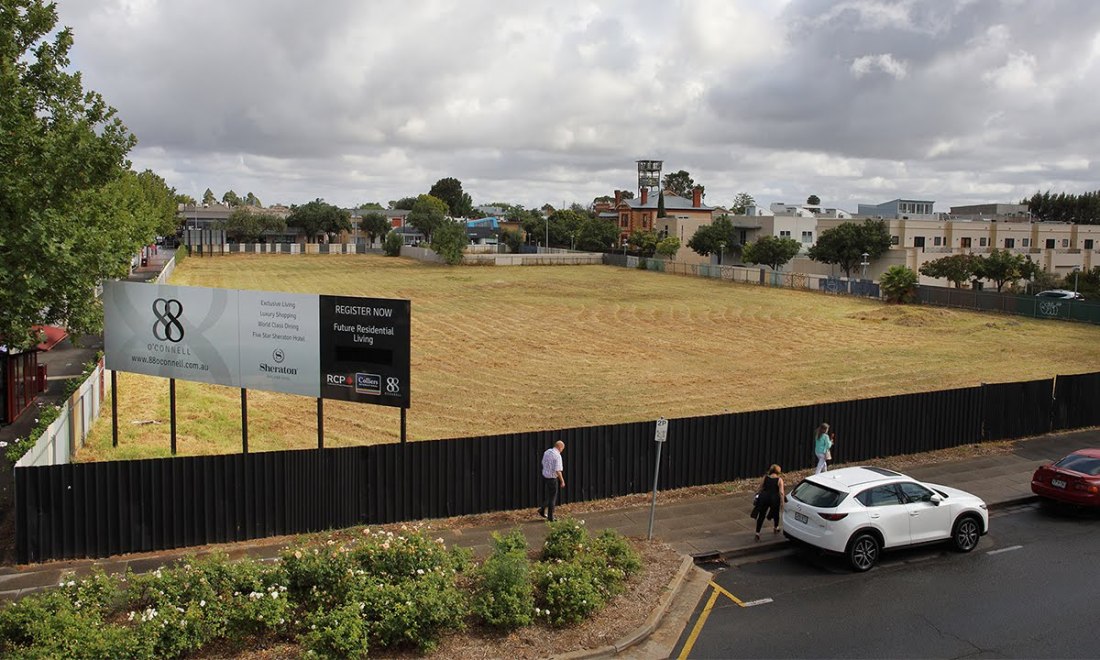 He added that: “while the price paid is below more recent offers to the Makris Group, I am pleased to be in a position to assist the site’s transfer to the community at a price the council can afford”.

Haese bordered on spinning the long-term vacancy of the site as a positive, describing the purchase as an “extraordinary outcome, which has been 30 years in the making”.

“This sends a very powerful message about progress in Adelaide and South Australia,” he said, adding that redeveloping 88 O’Connell Street would “unlock the potential of North Adelaide”.

He said the council had bought it at a fair price, which would be made public in February next year after “settlement”.

“I actually do look forward to disclosing the settlement price.”

Anything less, he said, would be a retrograde step for the state’s economy and local traders and property owners.

“Mixed use for this site is not just a no-brainer – it’s the only way to proceed,” he said.

Gannon said the site had been a “beacon of disappointment” for many years, sending the wrong signal to the business community. 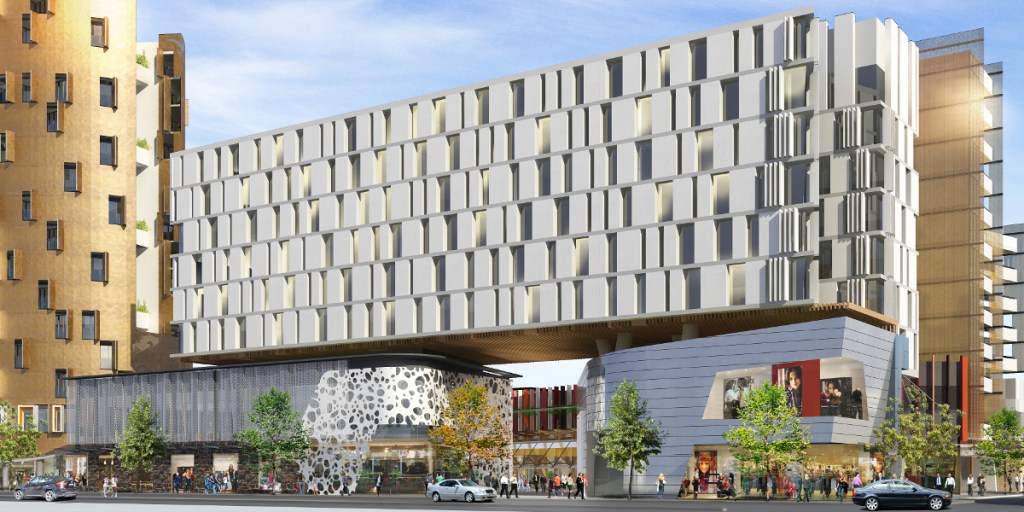 Urban Development Institute of Australia SA executive director Pat Gerace told InDaily that it was no developers’ fault that the former Le Cornu site had remained vacant for so long.

“The equation for developers is a fairly straightforward one,” he said.

“Developers proceed with development based upon the demand in the community.

He said that he understood, however, why people don’t want to see prominent sites left vacant for decades on end.

Area councillor Anne Moran told InDaily she supported the purchase of the site but that she was disappointed it had to come to this.

She said the State Government should have compulsorily acquired the site long ago.

“It isn’t something that fills me with joy, to have to buy (it),” she said, noting that the council had made an offer of just under $8 million for the site more than a decade ago – but failed to secure it.

She said the price was significantly higher now, but would not reveal it.

Moran said she was “relieved”, nonetheless, that the purchase had gone ahead.