Every year the Anzac Day March in Adelaide finishes at the Cross of Sacrifice opposite St Peter’s Cathedral in Pennington Gardens. Despite its prominent role in our national commemorations, many people in Adelaide would have trouble naming this tranquil memorial in the heart of our city.

The quiet corner was chosen deliberately in an attempt to create an atmosphere of “peace and reverence”. The memorial was first unveiled in 1922, after a subscription started in 1919 by the Women’s War Memorial Committee. Funds for the Cross were contributed entirely by “the women of South Australia”. It is a replica of the Cross of Sacrifice, designed by Sir Reginald Bloomfield, and erected in Commonwealth war cemeteries consisting of 40 graves or more.

The Cross of Sacrifice stands at one end of a long, avenue-like garden, with a Stone of Remembrance (added in 1923) positioned at the opposite end. Together with the Garden of Memory, also in the shape of a cross, they form what is referred to as the Women’s War Memorial. 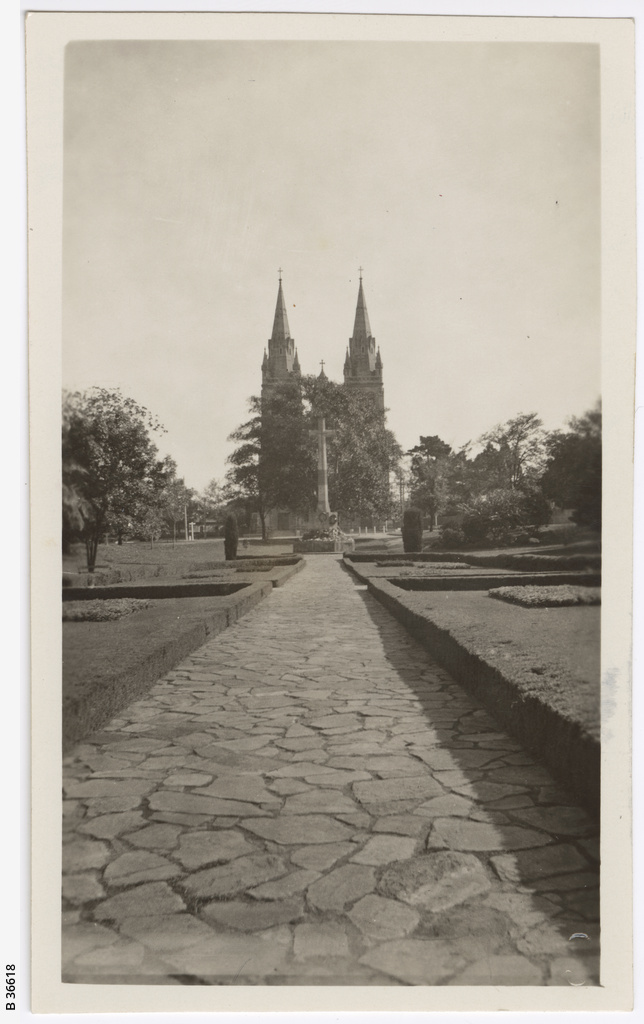 View along the pathway of the Women’s War Memorial toward the Cross of Sacrifice and St Peter’s Cathedral, 1922. Photo: State Library of South Australia 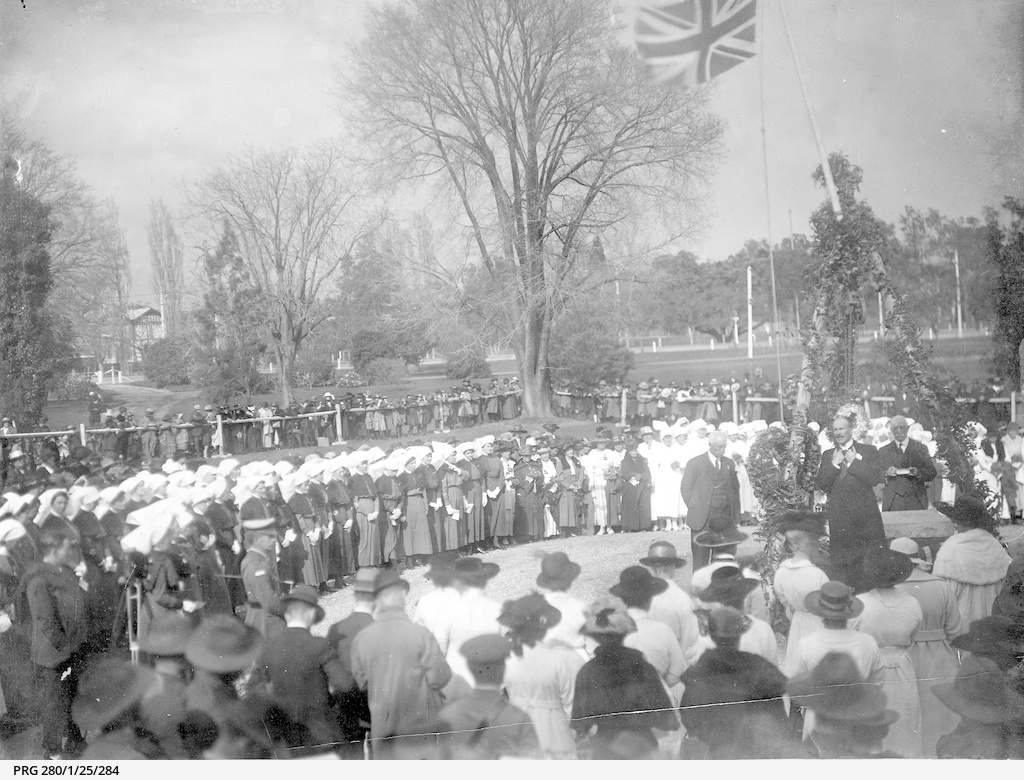 At the unveiling on Anzac Day 1922, hundreds of women gathered at the Soldiers’ War Memorial, now called the South African War Memorial, and marched from there to the ceremony at the Cross of Sacrifice. During this procession the Salvation Army Band played “inspiriting music”. The annual servicemen’s parade also finished at the new memorial for the first time. Thousands of people were reported to have attended the ceremony with the attending women laying flowers at the base of the memorial.

Today the memorial serves as a reminder not just of those who gave their lives during the First World War, but of the women of South Australia, their fundraising, and many efforts to “do their bit”.

Catherine Manning is curator of online programs at the History Trust of South Australia.