Chapley confirmed today she quit the board last month, just three days after InDaily revealed that a Return to Work claim against then-CEO Julian Roffe – which parliament heard involved allegations of “bullying behaviour” – had been “accepted”.

A separate claim against him was rejected.

Roffe has since parted ways with the service, with staff told he had “decided with the board not to renew his contract”.

Chapley – who ran against Steven Marshall in Dunstan in 2014 and has been preselected to contest the key seat of Adelaide at next year’s election – was one of two Labor hopefuls on the board, which is chaired by the ALP’s candidate for the southern suburbs seat of Badcoe, Jayne Stinson.

But she insisted her resignation was prompted because she “no longer has time to serve on the board”, adding that she also quit the board of her family’s Foodland chain in March.

“I’m leaving my boards sequentially,” she said, adding that she would have left the Victim Support Service earlier but for “two issues that were going through proper governance and due diligence”.

She insisted those issues had not influenced her decision.

“Absolutely not,” she said.

“They’ve been handled very professionally and with proper governance and due diligence.” 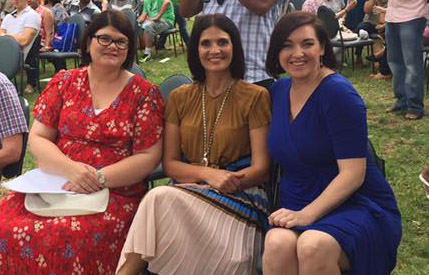 She said she remained on one other board and was “considering my options around that at the moment”.

However she declined to name the board, saying: “I’d rather not say at the moment [because of how] it gets portrayed.”

The website of the Adelaide Festival Centre, whose board is chaired by Michael Abbott QC, currently lists her as a trustee.