The name Elder is well known in South Australia, and landmarks around Adelaide memorialise the name of Sir Thomas: Elder Park, Elder Hall, the Elder Conservatorium and more.

Among the less known landmarks to bear the name is Elder House.

Construction of the Currie Street building began in 1937, replacing a much smaller Elder Smith and Co. Ltd office built in 1888. The architect for the new building was Walter Hervey Bagot and its façade echoed that of a Renaissance palazzo.

The new building, which will be one of the most modern business houses in the city, will have a frontage of 136 ft.—possibly the longest for any office premises in Adelaide. The ground floor section will be faced with South Australian red granite, and the three other stories will be of brown free stone.

At the opening of the building in April 1940 the crowd were entertained by wirelesses playing on every floor.

It was home for many years to Elder Smith and Co, which merged in 1962 with Goldsbrough Mort & Co. Ltd. A series of other mergers and changes saw the company transform into the agribusiness now known as Elders. 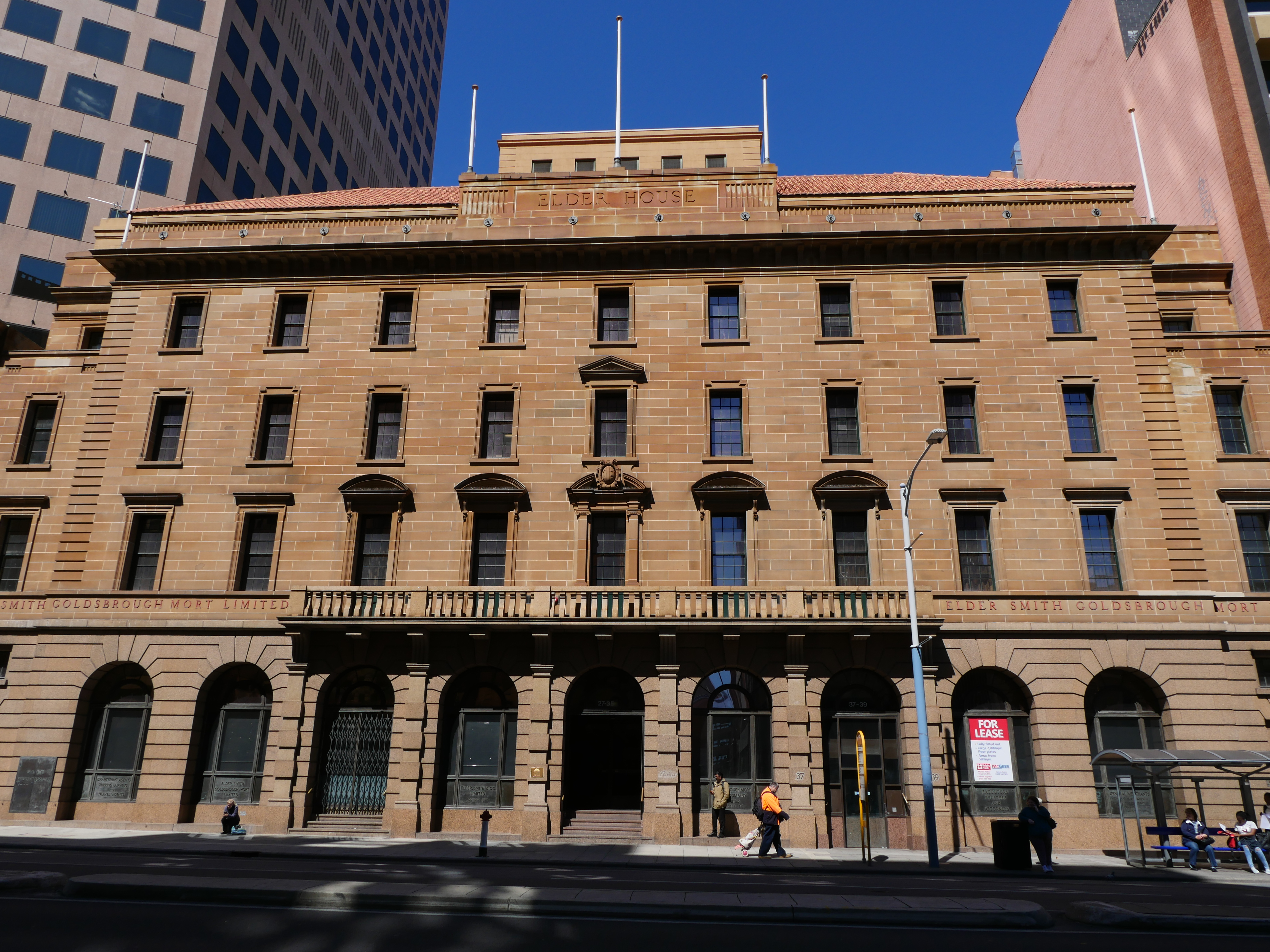 In the 1950s there were plans to add an extra storey to the top of the building. In 1999 a $30 million project saw the demolition of the rear half of the building which was replaced with seven levels of new office space. The restoration project was recognised in the Australian Institute of Building’s 2002 State and National Awards for Professional Excellence in Building. In 2015 the firm moved to premises in Grenfell Street but the building retains its name. 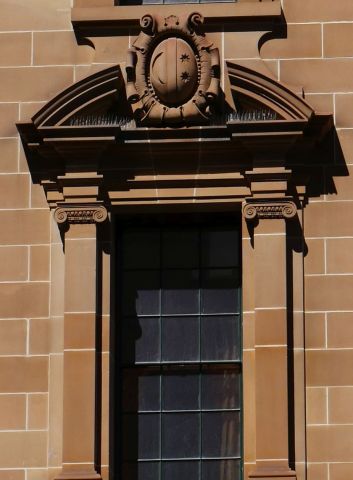 It bears a striking coat of arms on the front façade, but so far research has failed to reveal concrete information on its origins.

The History Trust of South Australia welcomes any information from the public on the history of Elder house via the SA History Hub website.

Catherine Manning and Pat Stretton are from the History Trust of South Australia.