But Radio Adelaide chairman Iain Evans – who has described the naming dispute as a “David and Goliath” fight – told InDaily this morning the community station’s board had accepted a settlement for “commercial reasons”.

Evans said the settlement would force the mostly volunteer-run community station to consider rebranding its promotional materials and changing its logo, though it would not be changing its name.

He said the Radio Adelaide board had decided the settlement was a better option than risking a loss in court: “If we lose the court case and have to [also] rebrand then we have a double cost”.

“We looked at our risk of proceeding [with legal action against the ABC] and decided that it would be in the commercial interest of Radio Adelaide to settle,” he said.

“Despite the strength of our case, the financial considerations of Radio Adelaide [meant] it was in our best interests to settle.”

Evans said Radio Adelaide’s financial situation was “stable and relatively solid”, but that it does not “have the budget that the ABC does”.

He said the community radio station’s resources were “better spent on growing [our] brand and growing the station” rather than fighting the ABC.

He added that the settlement involved a payout to Radio Adelaide of “a confidential sum”.

ABC Radio manager of strategic communications Louise Alley told InDaily in a statement this morning that “the ABC is pleased to have reached a commercial resolution of this matter so that it will not proceed to trial,” adding that “the ABC has never suggested that Radio Adelaide should change its brand”.

She said the ABC did not believe there would be confusion in the Adelaide market between the two entities.

“Our identity is led by the ABC brand in all locations and on all platforms.” said Alley.

“Our brand evolution to ABC Radio Adelaide ensures that at all times, ‘ABC’ or the ABC Wave logo will accompany the words ‘Radio Adelaide’, when used descriptively on-air, visually in promotional material or otherwise.

“As such, we do not feel there will be confusion in the marketplace between the two stations.”

The day after the ABC announced it would change all of its capital city radio station names along the same lines – “ABC Radio Adelaide”, “ABC Radio Melbourne”, and so on – Evans said the move was like “the principal’s son in the schoolyard picking on the small kid”.

“It’s breathtakingly arrogant of the ABC to think they can just walk in and stomp on a community radio station,” said Evans at the time, speaking on Radio Adelaide.

“Their budget is about 3000 times bigger than ours.

“This is the principal’s son in the schoolyard picking on the small kid.”

“They acknowledge that both broadcasters play an important part in the Adelaide radio industry, and look forward to working cooperatively together in the future.”

The settlement prevents a full trial between the broadcasters, which was due to be held in April.

In a statement to ABC News (which also described the settlement as the end of a “David and Goliath legal fight”), an ABC official said its legal and revised rebranding costs had been minimal.

“While we have had some assistance from external counsel on the ground in Adelaide, much of the work to date has been performed in-house by ABC Legal, meaning most of the legal costs have been absorbed internally,” the statement says.

“Similarly, rebrand costs have been minimal because the design was completed internally.”

The ABC had branded its local station – formerly known as “891 ABC” – as “ABC Adelaide” after the injunction. 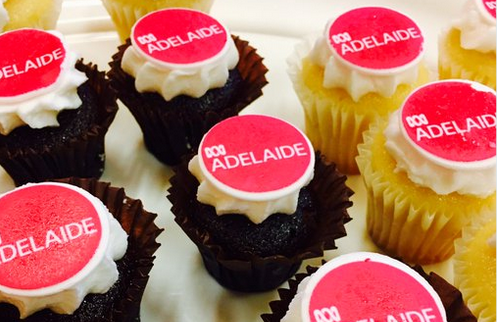