Clements told InDaily his “unsustainable” council does not have the “critical mass” of ratepayers needed to keep up with the escalating deterioration of the island’s roads.

“We just don’t have that critical mass of rates,” he said.

“Roads deteriorate to the point that they’re practically unusable.”

He lamented that “the Kangaroo Island Council and the Kangaroo Island community has been in an unsustainable position for decades” and needed short-term population growth to ensure there is enough revenue for the council to maintain public assets.

He stressed, though, that his council was not in “a perilous state with cash”.

“At the end of every year we end up with a cash surplus,” he said.

“It’s not about physical cash – it’s about the deterioration of our assets and our ability to restore those assets.”

Clements said that despite the council’s financial problems, it was “very, very reluctant to increase rates” because they were already above average, and increasing rates further would not be fair on the population of Kangaroo Island, which earned wages that were below the South Australian average.

“We could become instantly sustainable if we were to double our rates, but that’s just not fair,” he said.

“In the last two years we have been in a position, and decided deliberately, not to increase rates.”

He said besides attracting new residents, the council had to look for new sources of revenue, including becoming involved in energy generation on the island. 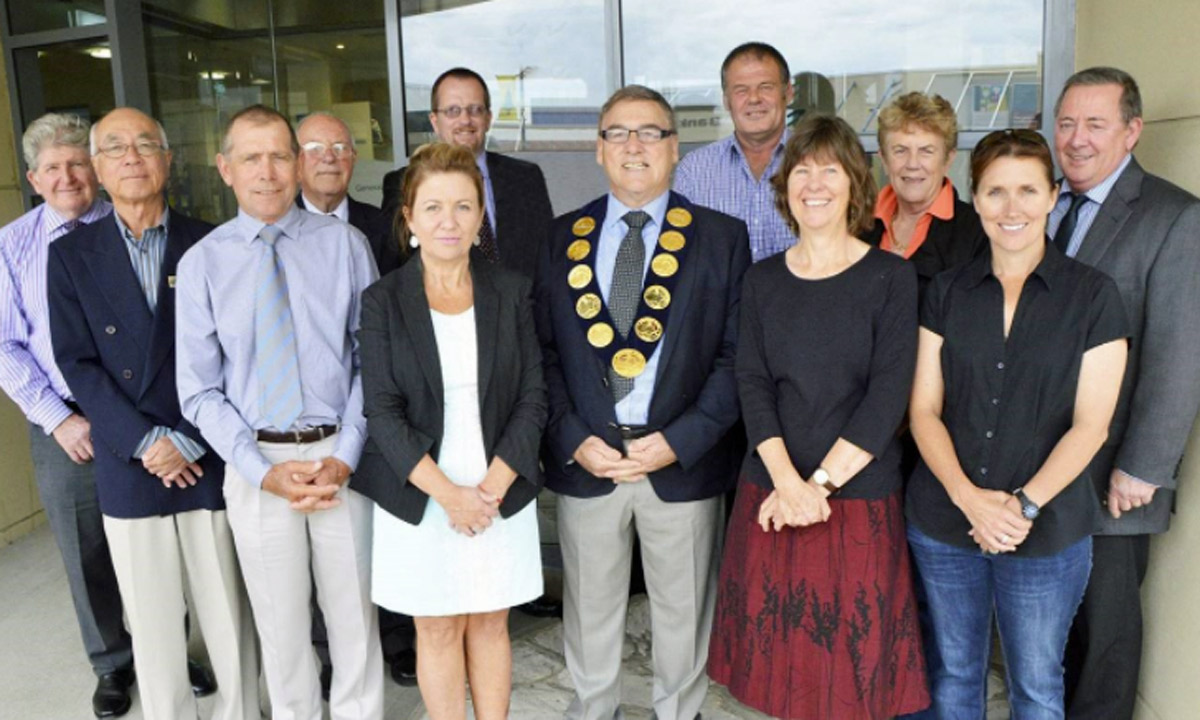 During his interview with InDaily, Clements accurately predicted that “our local member [Liberal MP Michael Pengilly] will argue that the council hasn’t been thrifty enough and it wastes money” – but added that “that’s not the case at all”.

Pengilly, who last year used parliamentary privilege to call for the council to be sacked, told InDaily yesterday that the reason for the council’s financial woes was that “they haven’t cut their cloth to match their suit”.

“The standard local government line is blaming the state and federal government,” he said, adding that the council had too many high-paid employees.

“[The council’s] administrative costs are far, far too high [with] all these people getting paid huge amounts of money.”

But Clements argued his council had always been careful with ratepayer money and that besides the island’s low population (about 4500 residents) “cost shifting from the state and federal government” was to blame for the council’s inability to keep up with infrastructure maintenance.

“The cost of financial compliance for local government has increased over the past two decades partly due to a risk averse first and second tier government, and an over-reaction to a minority of … councils experiencing financial difficulties.

“Once we were ordered to comply, and also [account for] the depreciation of our assets, that’s what made it very, very difficult for us – the cost of compliance on [the] council is absolutely enormous.”

The mayor, who was elected in 2014 after serving four years as deputy mayor, said councils made “no lesser level of errors than it did 20 years ago … it just costs us more to make them”.

He joked that “with every level of compliance, we get another opportunity to make mistakes”.

But a State Government spokesperson told InDaily in a statement this morning that the government was providing millions of dollars to support the island and its council.

“The State Government is committed to unlocking the economic development potential of Kangaroo Island,” the spokesperson said.

“$30 million over ten years has been committed to support councils to accelerate spending on local community infrastructure projects.

“The funding will make it easier for councils to bring forward $125 million in local government infrastructure projects foreshadowed in their long-term planning.”

“The State Government has an ongoing commitment to provide $2m annually to fund road maintenance activities on the Council maintained unsealed road network on Kangaroo Island,” the spokesperson said.

“Approximately $150,000 to $200,000 is provided to KI Council to undertake routine maintenance works on behalf of DPTI on DPTI roads each year.”

But Clements said it was time to get rid of state governments altogether.

“The removal of State Government and the formation of Regional Governments, incorporating the efficiencies and value for money [of] local government would be a brave but productive step,” he told InDaily.

“There are a number of retired politicians, including [former Prime Minister] Bob Hawke who believe this is credible.”

Clements added that though Kangaroo Island’s population and economy needed to grow in the short term, it would reach a point after which continued growth is unsustainable.

He said he was an advocate of an eventual “steady state economy” for the island, which he said involved assigning value to “every tree and every blade of grass”.

“In our current western style values we think only profit is valuable … [but] growth for the sake of growth … is a falsity.”

He said he wanted Kangaroo Island to “reach a point in time where the island has peaked as a single entity – economically, environmentally and socially”.

“We want to cap the growth of Kangaroo Island so that we can have an economy that works extremely well without many fluctuations,” he said.