South ward councillor Alex Antic told last night’s council meeting that the Frome Street bikeway debacle might have been prevented if councillors had been forced to reflect on Colonel Light’s vision in past meetings.

“I often wonder – no disrespect to anyone in the room – but if this acknowledgement had been made prior to the commissioning of Frome Street [bikeway] whether or not we’d have ended up in the debacle that is the planning mess on Frome Street,” he said.

The council voted unanimously to endorse Antic’s motion to acknowledge Light – the British surveyor-general who designed Adelaide’s grid-pattern CBD and surrounding parklands – once a week at the start of each council and committee meeting.

Antic said that “176 years of wrong can be righted tonight” by adding the reflection to the council’s current list of mandated pre-meeting acknowledgements. 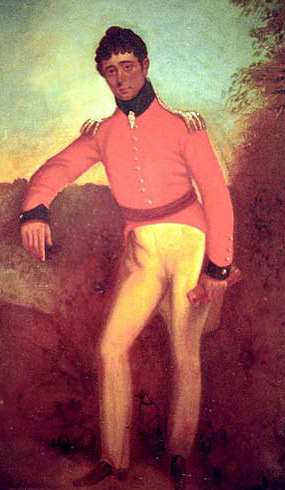 Under current rules, every council meeting begins with an acknowledgment of the traditional owners of the land, the Kaurna people, a silent reflection in memory of Australia’s fallen military personnel and a prayer asking for the blessing of “Almighty God”, to direct and prosper the council’s deliberations (notwithstanding the fact that at least one city councillor is an atheist).

Antic said Light had designed “one of the last great planned metropolises – it’s a matter which I think we overlook in this chamber”.

“Well, Lord Mayor, in terms of posterity, I give him (Colonel Light) the double thumbs up.

“We can dip our lid to history and the continuing importance of Light’s vision, over and above whatever the latest harebrained scheme [is] from a TED talk on the internet.”

The form of words to be used to revere Light’s vision is yet to be decided.

All councillors voted to endorse the plan, including area councillor Anne Moran, who declined, “for the sake of brevity”, to speak to its merits.

Earlier in the night, councillors debated a proposal to limit their speaking time to three minutes on each issue, with a councillor to require permission from the chamber to speak longer.

That proposal succeeded, with the support of Moran, who complained that she was losing “the will to live half-way through these meetings”.

The 21-year veteran of the council said that its meetings were plagued by a “hideous volume of questions” and “time-wasting”, adding that debating “stupid things” would stop her from having dinner with her husband at 7:30pm.

“We’re going to be debating stupid things till 7:30 – like this, for instance,” she said.

Central ward councillor Houssam Abiad, who proposed the shortened speaking time, said 36 minutes for all councillors to speak on a particular issue should be “plenty” of time.

She remarked, sarcastically: “We wouldn’t want our democracy to get in the way” of councillors’ dinner plans.

“If you aren’t prepared to put in the time, the question is ‘what are you doing here?’” she added.

Along with the shorter speaking times, the council passed changes to governance arrangements that will, from next year, allow Lord Mayor Martin Haese to enter the debate during council meetings.

Previously, Lord Mayors have had to remain neutral while chairing the meetings.

All changes will be trialled for six months.

Last night was the Adelaide City Council’s final meeting for the year.