The $120 million sale of the Gillman “swamp” land to Adelaide Capital Partners collapsed this week, with the consortium failing to stump up the cash for the first tranche of the deal by the agreed November 1 deadline.

On the same day, the State Government released to InDaily details of its $20.63 million settlement with the Adelaide City Council after a long-running dispute over the 2010 compulsory acquisition of the Dean Rifle Range, which was onsold to ACP as part of the Gillman deal.

The Government had originally paid just $1.52 million for the land.

But InDaily can reveal settlement was actually reached two months earlier, with the Government requesting two monthly extensions from the council before making good on the payment – costing taxpayers an additional $70,000 in interest charges.

Both state and local governments insist the timing of the final settlement date – which fell on the same day as the long-awaited “drop dead date” for the Gillman deal and was overshadowed in most media reports by the Melbourne Cup – was “entirely coincidental”.

But the Opposition is unconvinced, with Shadow Attorney-General Vickie Chapman asking: “Is the State Government so broke that they needed an extension to pay its settlement with ACC for the Dean Rifle Range, or did it just want to keep the whole deal secret until Melbourne Cup day?”

The Gillman deal has been a thorn in the Government’s side since it was signed off in late 2013 – against the strong advice of the Renewal SA board and Treasury officials – with an adverse Supreme Court finding and an ICAC inquiry scathing of government “maladministration”.

Mike Philippou, the city council’s associate director of property, wrote to Lord Mayor Martin Haese and councillors on Tuesday enthusing: “It is with great pleasure that I can now confirm that after almost seven years of negotiation, the State Government settled today.”

However he also detailed that council first noted the settlement on September 13, with payment due on October 1.

“State Cabinet were unable to meet this timeframe and sought an extension of time to 1 November 2016,” Philippou wrote.

Philippou told InDaily the extension followed an earlier request from an original settlement date of September 1, which also incurred a $35,000 interest charge.

The office of Infrastructure Minister Stephen Mullighan said in a statement that “the extensive and complicated legal agreement required a range of Government approvals, which delayed payment”.

“The eventual payment date was entirely coincidental,” the Government said.

Philippou concurred, saying the November 1 settlement date was nominated by council after the request for an extension, and insisting the dispute was an entirely separate issue to the Gillman sale.

Nonetheless, Chapman maintains the Government could and should have publicly flagged the settlement when it was first agreed in early September, adding that it would not have influenced the sale to ACP either way, since the State Government was the registered owner of the whole site, including the rifle range.

“When the Government goes into court over the new Royal Adelaide Hospital they are ready to rush into parliament with a press release and tell us all about how important it is, but in this case when they had to pay out after seven years of dispute, they keep the whole thing under wraps,” she told InDaily.

“They don’t seem to care that they’re spending someone else’s money… I think it’s totally unacceptable that they didn’t make an announcement when they had settled two months ago, and instead seek an extension of time so it coincides with Melbourne Cup day.” 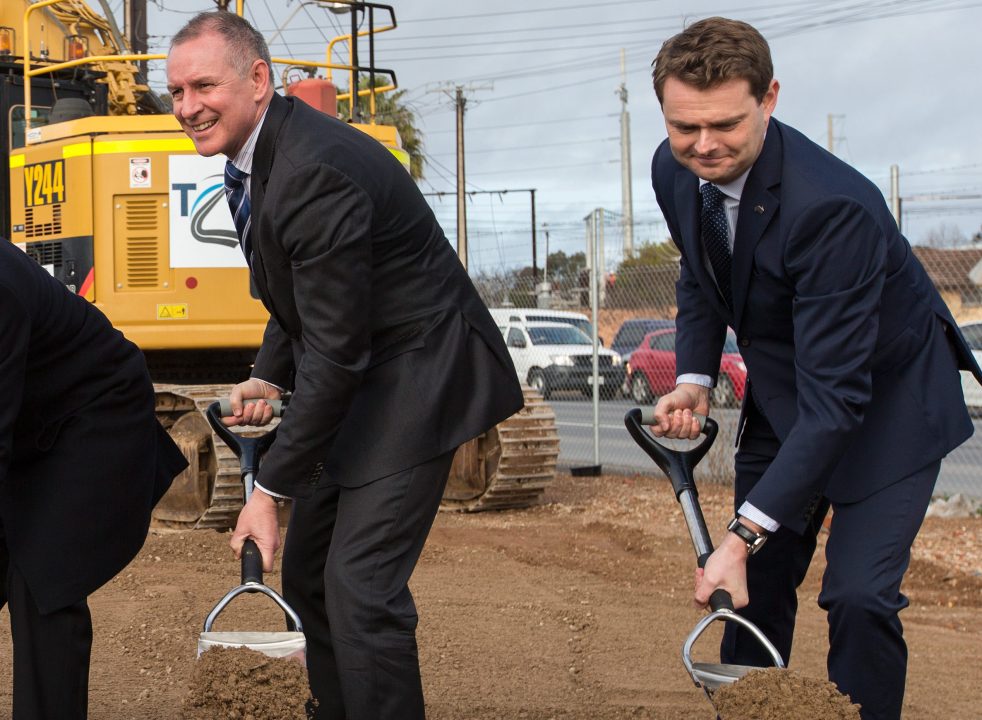 Despite the Premier and Infrastructure Minister being in good practice, there will be no sod-turning ceremony for a Gillman oil and gas hub any time soon. Photo: Ben Macmahon / AAP

Asked if she believed the November 1 settlement date for the Gillman sale – first announced by then-acting Premier John Rau in April – was always timed to coincide with ‘the race that stops a nation’, Chapman replied: “I don’t think there’s any doubt about that.”

Chapman had quizzed Mullighan about a prospective settlement with council during a July 29 estimates hearing, during which the minister said he was “not prepared to give any figures until settlement occurs”. 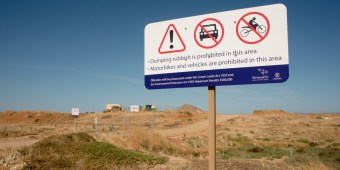 “In terms of where that claim sits, whether it is in the court or whether it is in arbitration or some other mediation process, I do not have that in front of me. All I can say is that it has not been settled yet,” he said at the time.

The Government kicked off the week with a ‘good news’ announcement about plans for the old RAH site on North Tce.