About 500 public servants are to be transferred into the building after construction is finished, expected in early 2018.

Minister for Infrastructure and Urban Development Stephen Mullighan announced this morning that the Government had awarded the tender for the construction to developer epc.Pacific.

“The State Government has prioritised the renewal of Port Adelaide to return this unique and historic precinct to its former glory, and these projects will help to further grow and regenerate the area,” Mullighan said.

“Port Adelaide is going well at the moment … we’re seeing the old pubs being refurbished and re-opened, we’re seeing new businesses start up.

“We’ll have a wide cross-section of government [employees] down here.”

The Government has yet to finalise which public servants will be transferred to the Port from the city and other locations.

But Mullighan said the Government was interested in transferring bureaucrats from the departments of Premier and Cabinet, Transport, Agriculture, Environment, Renewal SA and Service SA into the building. 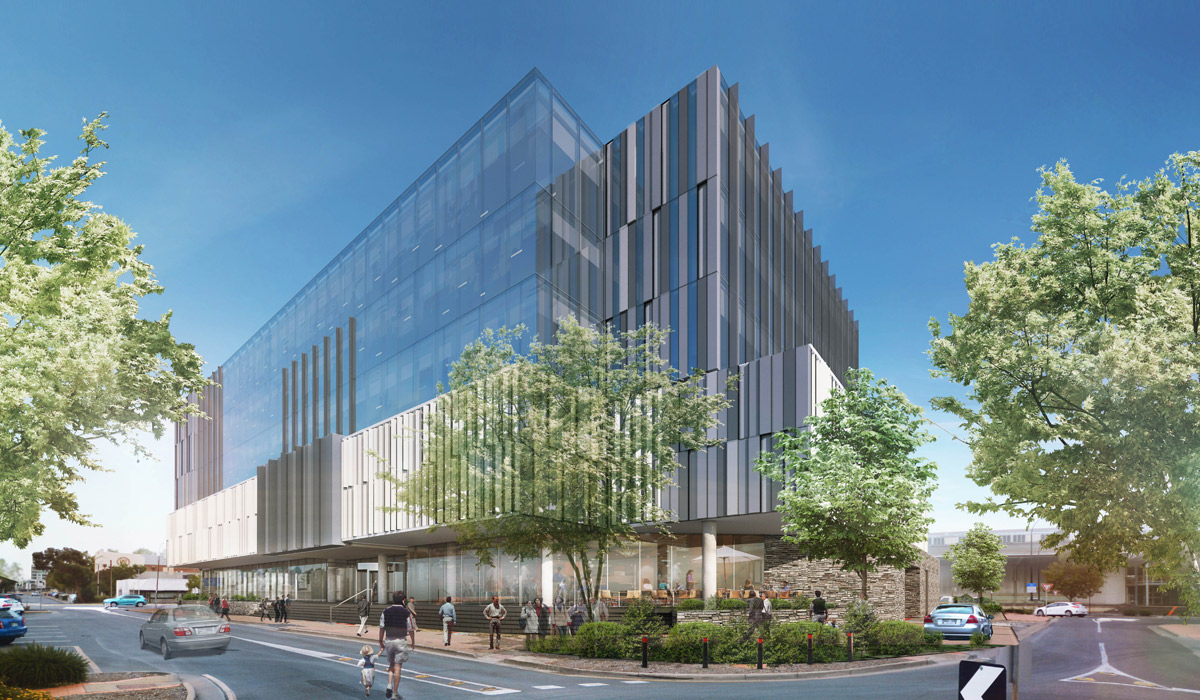 A rendering of the building. Supplied image.

Mullighan said construction – which would support about 275 jobs – was expected to begin within two to three months.

The building, planned for the corner of Nile and Robe Streets, is to be owned by epc.Pacific, and the Government will lease the office space.