So began a withering critique of South Australia’s iconic annual alternative arts festival by British comedian Alexis Dubus – a critique that garnered empathetic plaudits from a raft of visiting artists – bemoaning the mindset of local audiences and alleging the March mainstay has been compromised by “greed and complacency”.

“This is going to be my last time playing you,” Dubus posted on Facebook last week, lamenting he was “nine shows in and my total sales across my entire run are still 50 per cent of my OPENING NIGHT sales in Perth”.

The Perth Fringe ran from January 22 to February 21.

“When I first came here in 2009 it felt like a genuinely experimental and exciting creative hub, with audiences seeking out tucked-away venues and subversive shows.

It’s a bit of a kick in the dick, to say the least.

“Having visited Adelaide before, I was blown away by how much this sleepy town got behind the weird and the wonderful offerings that Fringe threw at them. Seven years on and those people seem to have vanished.”

He said throughout the “bustling” Perth festival, he watched his Adelaide pre-sales “remain at seven for most of the month, leaping up to a grand total of eight a month later”, with little improvement at the door.

“This weekend, at the second biggest arts festival in the world, I’m looking at bookings of 15 on Friday, five on Saturday and 0 on Sunday, for a show I’ve spent a year writing and am pretty proud of,” Dubus concludes. 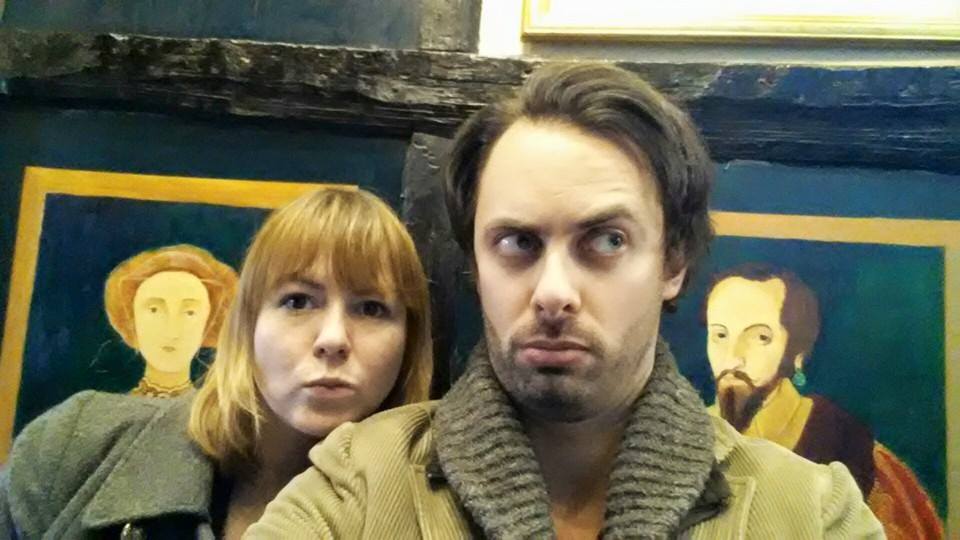 He argued it was not just him, with a “handful of crowds” gathering for award-winning comedian Brendon Burns, “phenomenal talent” Shirley Gnome being forced “to pull three shows in a row” and local funnyman Jason Pestell being “repaid by his home crowd with the sparsest amount of bookings he’s ever seen”.

“I’m not sure what can actually be changed at an open access festival that’s now seemingly allowed greed and complacency to dictate its direction, but part of the change has to be the attitude of Fringe-goers, who need to re-evaluate the meaning of ‘fringe’,” Dubus wrote.

“Audiences choosing soulless, mass-produced bollocks over thoughtful, innovative works in quirky spaces is what has now turned the Fringe into what it was initially rallying against.

“And when the enormous venues choose to throw out hundreds of free tickets (because they can), sometimes to people actually waiting in the box office queue to buy tickets for smaller shows that need their custom, this only creates an atmosphere of entitlement among Adelaide audiences, believing they should now get their entertainment for free.”

The social media post has been shared almost 250 times, including by a number of Fringe performers. Burns himself added his own feedback, remarking: “I’m afraid to say every word of this is true.”

I have lost count of the amount of times I bumped into world-class international acts, declaring they would never return. I certainly won’t.

“Never have I attended a supposed international festival with such a poor attitude,” wrote the Australian comedian, who launched his television career appearing alongside Sacha Baron Cohen and Ricky Gervais as a performer on Britain’s The 11 O’Clock Show.

“I have lost count of the amount of times I bumped into world-class international acts, declaring they would never return. I certainly won’t.”

Burns bemoans the “entitled” attitude of insistent hecklers in several artists’ shows, warning fellow performers: “Whatever you do, don’t do Adelaide – a tiny market with quite possibly the most unjustifiable chip on its shoulder you’ve ever witnessed… rude, arrogant and what they probably describe as ‘laid back’ is frankly just laziness.”

He says “countless touring acts” – citing Prince, Elvis Costello “and even Michael Jackson” – had historically cancelled SA shows because “the public seem to be under the impression that they are the one place on earth that doesn’t need to pre-book… and for some reason it’s a city that refuses to learn”.

“Terrible festival – the worst by a long shot… some lovely people but they really are being let down big time by some of the worst attending public I have encountered anywhere,” Burns concludes.

“And I truly feel for them. Because I guarantee they’ll fuck this up like they did the Grand Prix. And they shall remain clueless that it’s their own damn fault.”

Ominously, the impression appears widespread – and just how widespread could soon be quantified.

Artist Fee Plumley, who has been running Hammocktime at Gluttony, posted this on social media over the weekend: “Given multiple concerns about dwindling audiences & big budget pressures on small fringe productions, would anyone be interested in taking a look at [or] sharing a survey?”

She said she had drafted one and wanted feedback “before sharing publicly”.

“Not trying to cause trouble, just curious as to what we can do to improve things (rather than just whingeing and waiting for someone else to do something),” she wrote.

Dubus says despite career-best reviews he is facing the prospect of another career-first – cancelling his show in the final weekend.

He notes the “wonderful” efforts of the Fringe staff, who “I imagine have been hearing some pretty desperate tales over the course of the month from those on a small budget trying to provide something with artistic merit”.

His original post elicited feedback from a raft of current and prospective artists, with WA-based comedian Dez Pondent writing: “I was thinking about fringing in Adelaide next year but will give it a miss now considering this.”

One-time Dexys Midnight Runners keyboardist Pete Saunders – in town with his Blues and Burlesque show – weighed in: “Ultimately Adelaide doesn’t have the population itself or nearby to allow small genuinely fringe producers to compete with the marketing budgets of such large commercial ventures as the Garden of Unearthly Delights or the Croquet Club.”

“It’s not just about the money, it’s about audiences. I do fringe festivals to play to interested, attentive audiences… but those audiences are being hijacked by people who just interested in the money.”

Self-proclaimed “king of alt-cabaret” Tomás Ford said the Dubus “rant” has “inspired me to have one of my own”, concluding he “dodged a bullet in deciding not to go to the Adelaide Fringe this year”.

“There’s a lot that needs to be fixed before I’ll take it seriously as a place to present my work for a full season again,” he wrote.

“Which makes me sad; when it was good, that festival was really, really amazing. Now, I’m afraid it’s largely just a financial sinkhole for independent producers to throw their cash into.

“It needs super-radical change if it wants to be a Fringe and not just a beer garden with huge commercial works.” 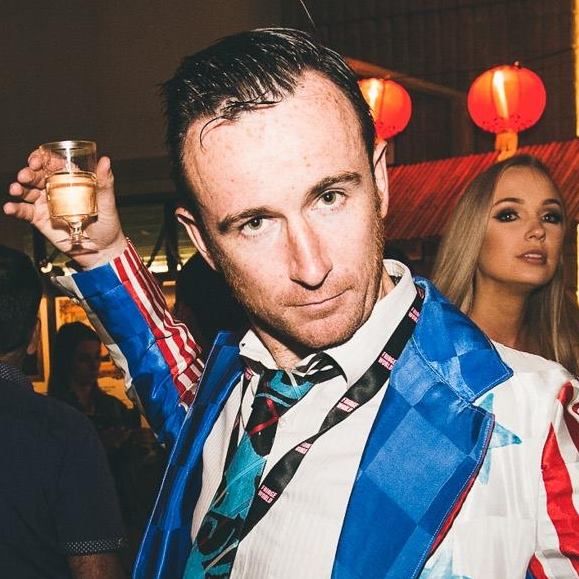 Ford continued: “Bizarrely proud as Adelaide is of putting its entire cultural calendar into Mad March, actual Fringe acts cannot compete with the marketing budgets being thrown around.”

“The Garden Of Unearthly Delights and Royal Croquet Club are their own festivals and have the marketing muscle to compete in March,” he said.

“They are actually wonderful places if you don’t take into account them fucking up the rest of the Fringe for everybody.”

Fringe director and CEO Heather Croall told InDaily organisers were “not taking this lightly” and “we really want to help the small artists cut through in their venues”.

Our staff are absolutely committed to the ‘Fringest of the Fringe’

However, she noted that Dubus’s complaint related to his “Versus the World” show at Tuxedo Cat, while his second show, featuring his well-known alter-ego Marcel Lucont, was selling well at Gluttony.

“So there’s definitely a range of different experiences going on right now in the Fringe, with a number of indie shows that are selling out.”

She pointed to Michael Burgos’ Tuxedo Cat show Eulogy – among others – as strong performers, saying it was “the first time the act had been in the Adelaide Fringe and he had no idea what to expect”.

“He sold out every single show… he worked really hard on the streets reaching out directly to his audience, he arrived a week early and promoted it for a whole week before it opened,” Croall said.

“With everything in the Fringe, it’s up to the artists and venues to do the marketing for their shows… some think the Fringe runs the venues – I’m not sure which venues they think we run, but we don’t promote any single show over another.”

She said Fringe organisers offer “a lot of opportunity through our artistic services” to support artists with their own publicity.

She also noted there was a time when the Garden of Unearthly Delights was responsible for 75 per cent of all Fringe tickets, whereas now the Garden, Croquet Club and Gluttony combined represent 60 per cent of ticket sales, with 40 per cent sold in independent venues such as Holden Street Theatres and Tuxedo Cat.

“Holden Street sold more tickets than ever before this year,” she argued.

“They’ve been building a subscriber base over many years so they can contact their audience directly.

“Some venues are not getting on top of the marketing they need to do [but] our staff are absolutely committed to the ‘Fringest of the Fringe’.”

According to Croall, “when you’re budgeting for a Fringe show you should set your budget based on 40 per cent of the house as a pretty good night”.

“What we’ve discovered in the last 24 hours of studying all our sales is a lot of smaller indie shows are doing way better than 40 per cent of the house,” she said.

“These are independent shows that are well outside the big hubs [so] if certain spaces aren’t doing well we have to work out how we can help them in the future.”

Croall says she’d “love to set the challenge for Adelaide”.

“We’ve got one week to go – try a different venue every night!” she urged.

But it may be too late for some of this year’s disgruntled visitors.