Premier Jay Weatherill said the new jobs would be created in the disability sector once the NDIS is fully operational from July 2018.

He said today that 1700 of these jobs would be located in Adelaide’s northern suburbs. About 1300 jobs will be created in the southern suburbs.

The total SA disability workforce would increase from about 5000 to more than 11,500 to support more than 32,000 South Australians covered by the scheme.

“Some people have already transitioned into disability care and the NDIS will provide many more opportunities for those who work in declining industries,” Weatherill said.

The Government also listed a breakdown of the categories of employment, which included:

SA’s involvement in the NDIS is government by a bilateral agreement between the state and federal governments.

United Communities chief executive Simon Schrapel said confirmation of the full roll-out of the NDIS meant the sector now had the confidence to undertake “significant workforce planning and training”.

Novita Children’s Service CEO Glenn Rappensburg said his organisation had already grown its staff numbers by 30 per cent since the start of the NDIS trial in SA.

He said Novita was preparing to recruit more allied health staff and disability support workers in the new year.

The Government released the following estimates of the geographic locations of new jobs, which includes hundreds of new positions in regional South Australia. 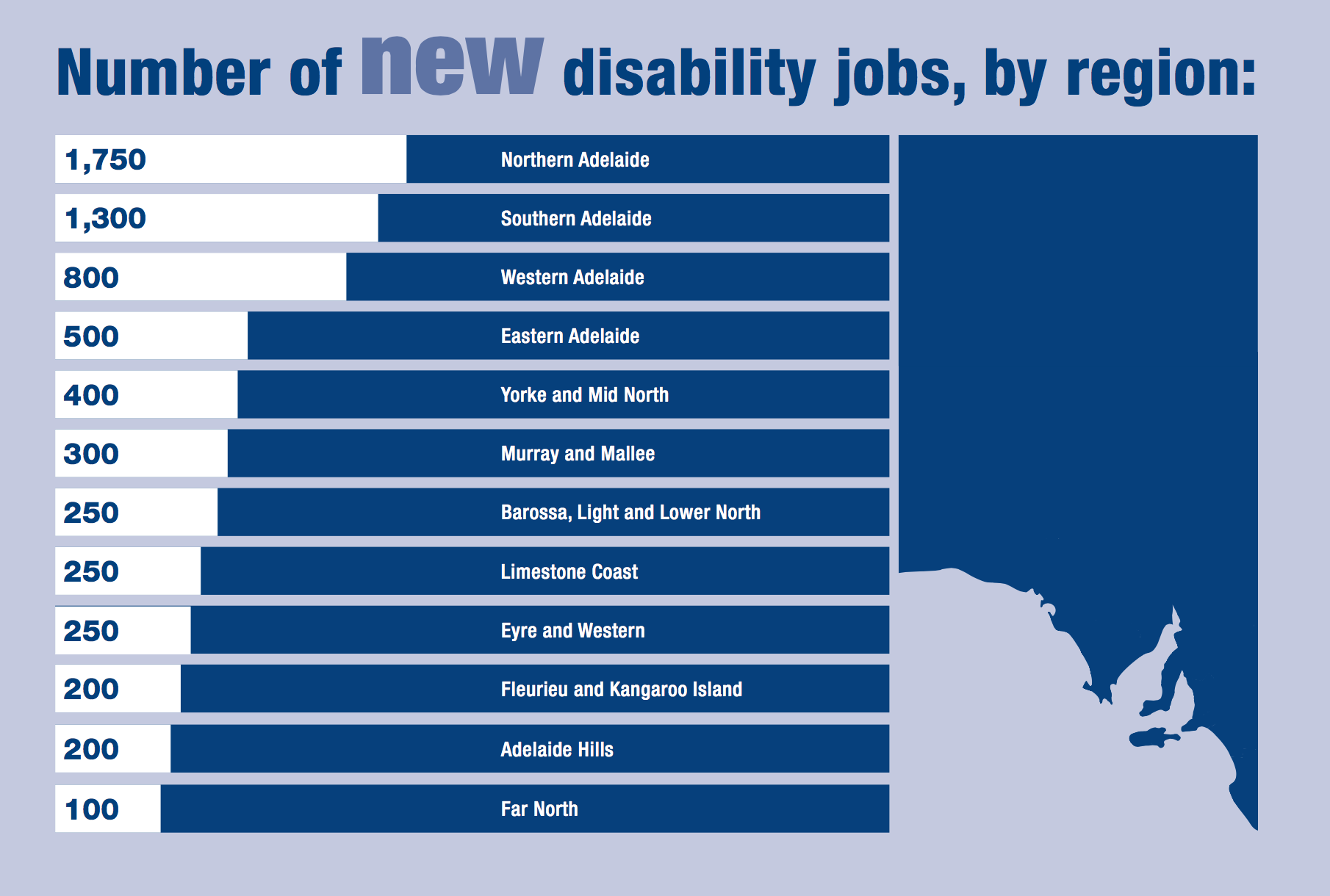