Digital Futures will include an introduction from Mumbrella founder Tim Burrowes, who will then chair an expert panel discussion and an audience Q&A. The event will end with a networking opportunity for attendees.

To be held in the city from 3pm to 7pm on March 31, it will canvas the latest developments in digital communications from those who are not only experts in the field, but also have skin in the game.

The expert panel will include Eric Beecher, chairman of Private Media, the publisher of Crikey (and also chair of InDaily publisher Solstice Media), and Pippa Leary, CEO of APEX Advertising.

More details will be available soon. To register your interest, send an email here.

From time to time, the bosses of mainstream media companies ask themselves: where are our women readers?

They ponder solutions such as publishing more human interest stories, providing easier-to-digest news, and other such strategies which seem based on stereotypes.

But have they ever considered lifting their coverage of women out of the prurient, school-boyish, nasty, and just plain old sexist mode that still endures?

While there is good journalism across the mainstream media (about domestic violence, for example), and smart opinion pieces about gender issues, there is also a default “news sense” – categories of stories, really – that are stuck in the 1950s.

Here are just a few regular news categories that could and should be scrapped. If nothing else, they’re just plain boring.

The Daily Mail showing why it’s one of the most widely reviled news outlets in the world – but nearly every news outlet engages in this tedious game.

Or just picking at a woman’s sense of style 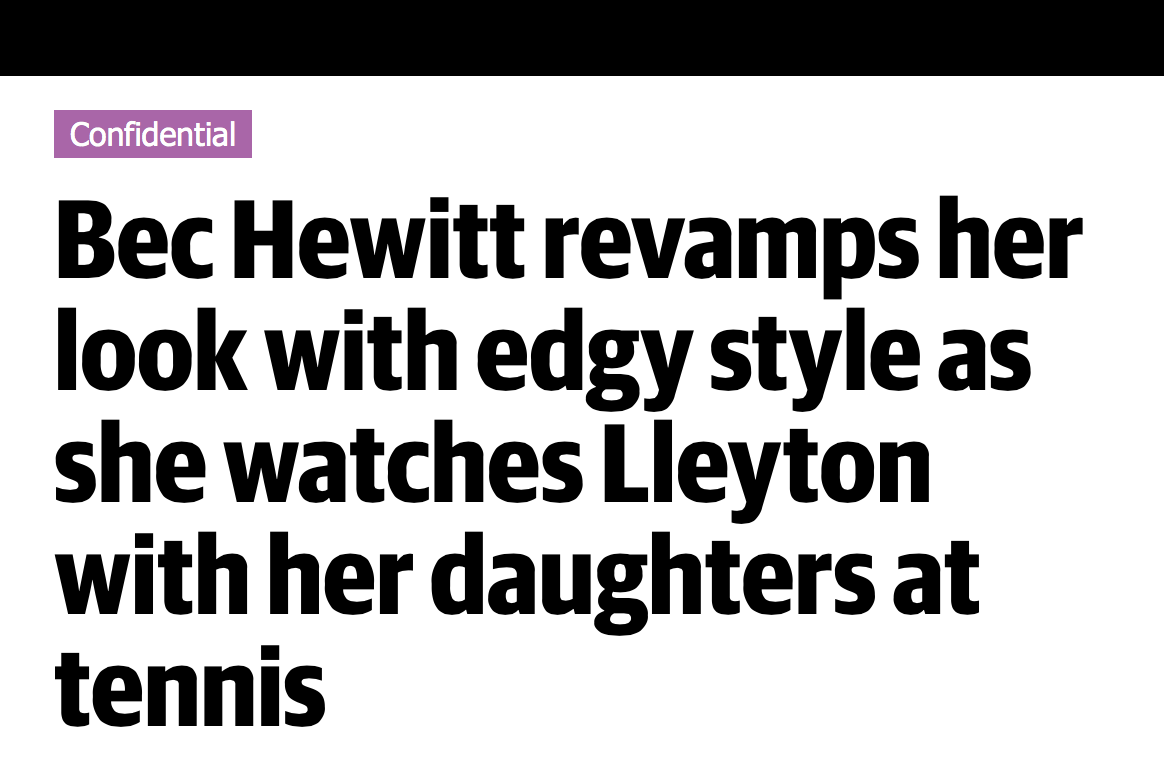 For the record, she was wearing a checked, sleeveless dress (a “grunge” look, according to News Corp’s “Confidential”).

Telling women how to live their lives (I mean, individual women) 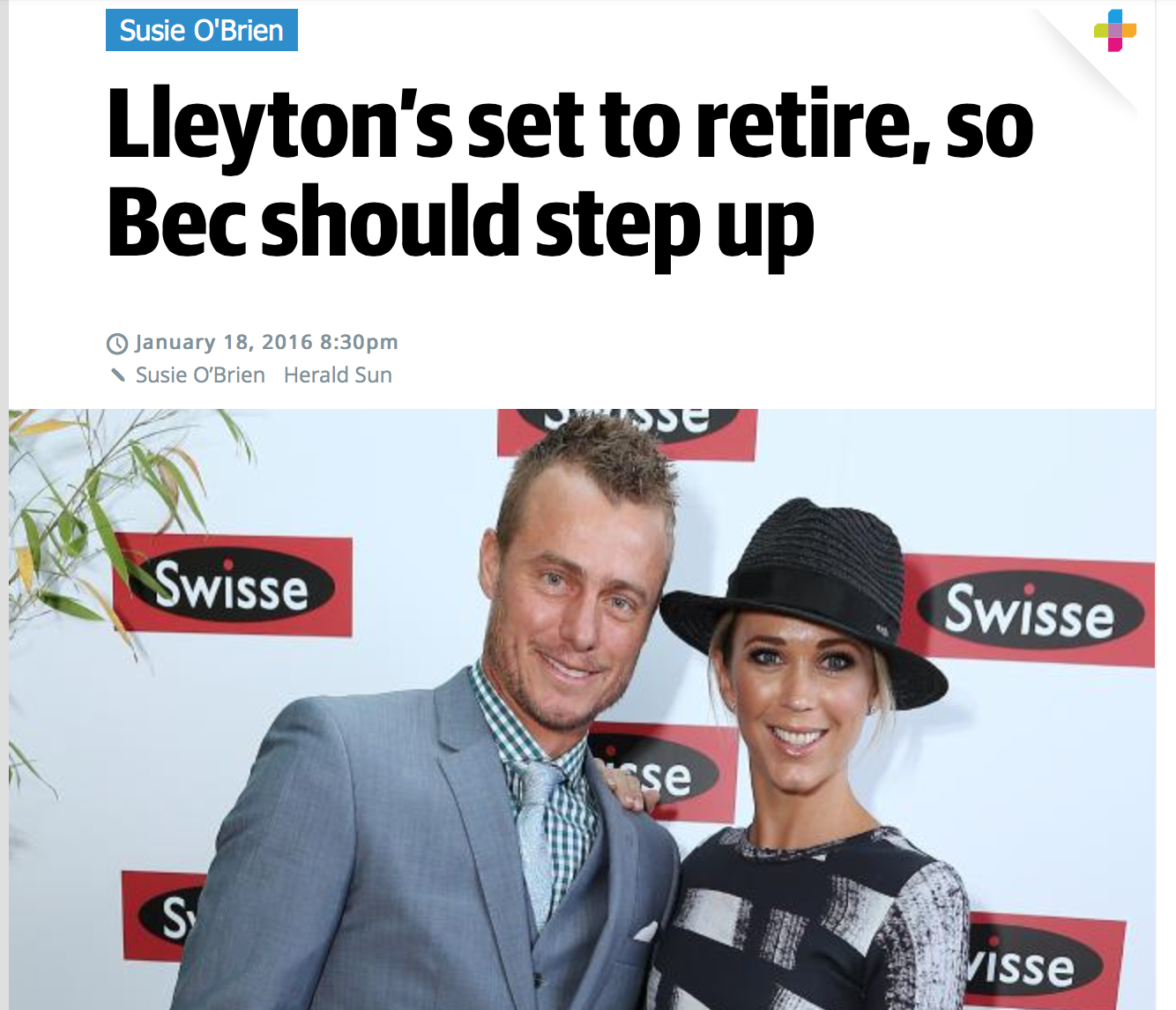 This was meant to be supportive in a “her time to shine” kind of way. I wonder if she appreciated the advice? 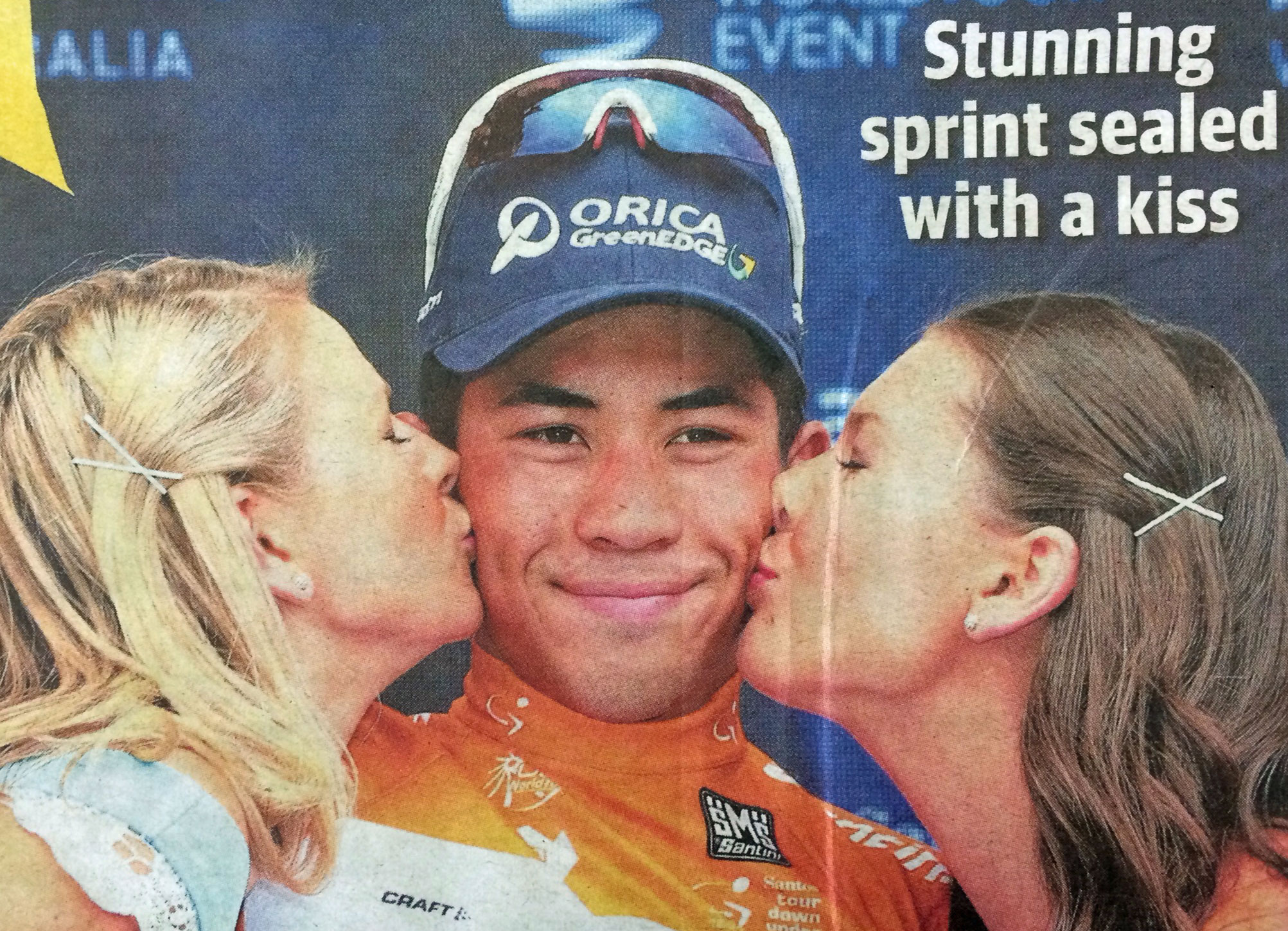 To be fair, not only the media, but the Tour Down Under organisers should be embarrassed by this archaic tradition, which is also a key part of motorsports. Give it up everyone!

… and being nasty about it 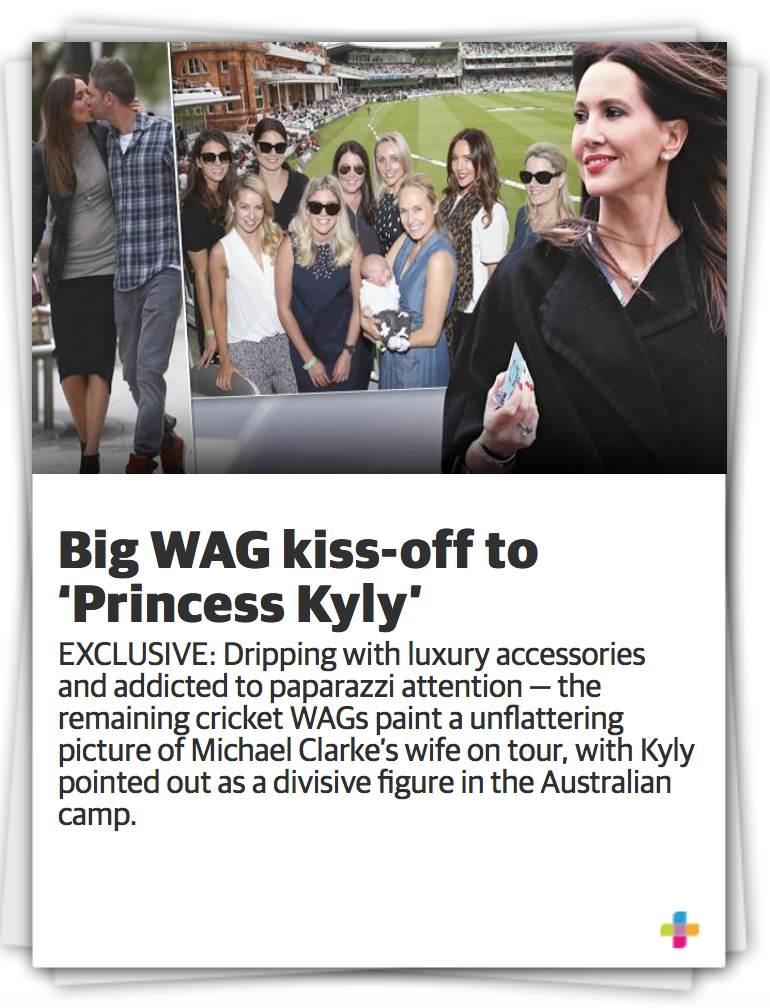 The media has invented an acronym for reducing women to a superficial sideshow.

Lleyton’s farewell no match for Strikers?

Lleyton Hewitt’s final match in his celebrated career pulled surprisingly low TV ratings in his hometown, with Adelaide  viewers preferring the Adelaide Strikers’ BBL semi-final – and by a huge margin.

According to the OzTAM figures, 74,000 Adelaideans tuned in to Seven’s Australian Open coverage last night, while the BBL match averaged more than 130,000 viewers.

The figures, however, could be hiding the Australian Open’s true audience.

Seven is getting huge numbers for its digital streaming of Australian Open matches this year, breaking the 800,000 mark yesterday for streams either on desktop or via its dedicated tennis app.

Overall, Hewitt’s farewell was a huge ratings success across the country, easily eclipsing the national five-city metro figures for the Strikers v Thunder match, and the second-most viewed program for the night behind the Nine News.

In keeping with one of this column’s themes of the week, the egregious tabloid website the Daily Mail is this week’s hands-down winner with a typically low-rent attack on Network Ten sports reporter Mel McLaughlin.

It’s taking a long time for the media industry to grasp that BuzzFeed is becoming a powerhouse in news coverage. The site, known for quirky lists and quizzes, has been expanding into serious news coverage for some time now.

This week BuzzFeed UK broke two stories that helped set the news agenda. First, its comprehensive joint investigation with the BBC into alleged match-fixing in world tennis turned the Australian Open on its head (and its work has predictably come under attack from some mainstream media outlets).

The site also broke the story about the UK honeymooner treated cruelly by South Australian authorities after his husband died while on holiday in Adelaide.