But former executive chairman Kevin Moriarty has managed to gain a spot back on the board as a director – the only one of his five motions to be supported by the majority of shareholders at yesterday’s meeting.

Moriarty, who stepped down as chair last year, used his position as the major shareholder to call for an extraordinary general meeting of the company to propose the removal of three directors, including chairman Tony Sacre, and the appointment of himself and Ian Burdon as company directors.

He had raised concerns about the “poor performance of the board and leadership over the 12 months since I retired from active management” and wanted to be involved in the appointment of a new CEO following the departure of Matthew Squire from the top job last month.

However, the motions to dismiss Sacre and fellow directors Dana Larson and Peter Gan all failed by less than one per cent while Burdon gained 49.73 per cent of the vote, just shy of the 50.01 per cent he needed to be appointed a director.

Moriarty will rejoin the board after securing 51.28 per cent of the votes, the most clear-cut of all five decisions.

The Melrose Park-based company’s technology stores energy generated from electricity or gas as thermal energy by heating and melting containers full of silicon. Energy can then be supplied as heat and electricity in the proportions required by consumers.

But several challenges with key staff and getting the technology to work effectively have hampered its progress.

In a statement after yesterday’s extraordinary general meeting, Sacre said the outcome showed the majority of shareholders supported the company’s directors “and most importantly is an endorsement of its achievements over the past 12 months, both operationally and with respect to governance”.

“The Board respects the result of the vote on the resolutions put at today’s meeting and will continue to work to deliver the best possible outcomes for all shareholders, our business partners and staff into the future,” he said.

The company had contacted shareholders in the lead-up to the vote, urging them not to support Moriarty’s proposals.

Moriarty said the three directors “scraped back in” after a “mudslinging campaign that is unhelpful to our company or our share price”.

“I am back on the board and will of course continue to try to put our company’s interests first,” he said in a statement.

“But the reality is that the investment market that drives share value looks for an entrepreneurial board with significant skin in the game.”

1414 Degrees took over the Aurora solar project near Port Augusta in 2019 and plans to build a solar farm and battery storage system there. 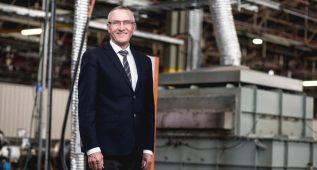 Former 1414 Degrees boss wants back in to guide embattled company

Last month it partnered with Vast Solar in a $2.5 million deal to potentially fast-track the project.

The company has a market capitalisation of $20.2 million with a share price of $0.105 at noon today – a rise of about 10 per cent since yesterday’s EGM result announcement.