Adelaide-based Andromeda Metals has moved to ease shareholder concerns about its proposed Eyre Peninsula kaolin mine after the release of its definitive feasibility study led to a sharp fall in its share price last week.

The company aims to start producing the rare clay materials kaolin and halloysite at its Great White Kaolin Project near Poochera on Eyre Peninsula next year.

Andromeda released its DFS on Wednesday morning. By Thursday’s close its shares had lost more than 45 per cent of their value, falling from 17.5 cents to 9.5 cents.

However, the company held a shareholder webinar to update its DFS on Friday, which led to a 24 per cent recovery in its share price for the day to close for the week at 11.7 cents.

The company’s pre-feasibility study in June 2020 suggested a maximum cash requirement of $28 million before revenues would begin flowing.

In last week’s DFS, that initial capital cost was listed at $93.8 million with a project payback time of 5.9 years compared with just 15 months in the PFS.

However, the earlier PFS suggested initial sales would come from the direct shipping of ore (DSO) to overseas processors and using the proceeds to pay for a processing plant to develop more value-added products.

The DFS bypasses the direct shipping option and suggests the significantly more expensive option of developing the value-add capability from the outset.

“This DFS varies from the June 2020 Prefeasibilty study (PFS) with the removal of direct shipping ore and focuses on higher quality products for direct to market customers,” the company said in a statement.

“The change was driven primarily by volatility in transport costs, the benefit of having in-house quality control and the improvised value of refined kaolin products, issues that have significantly moved since the pre-COVID PFS.”

However, the Great White project at Poochera, about 640km west of Adelaide by road, also contains significant amounts of halloysite, a rare derivative of kaolin where the mineral occurs as naturally formed nanotubes.”

Andromeda established Natural Nanotech in 2020 to investigate new technology applications for halloysite-kaolin nanoparticles in partnership with the University of Newcastle in NSW.

The program incorporates 18 research areas including batteries, carbon capture, the safe storage and transportation of hydrogen, air and water purification and using the nanotubes as controlled delivery mechanisms for medicines, fertilisers and herbicides.

Andromeda also has several offtake agreements in place with customers in the paints, coatings and ceramics industries.

BioCina has won a $3 million grant from the Federal Government to accelerate the movement of mRNA vaccines from laboratory to clinical trials.

The biologics contract development and manufacturing firm – which owns a 4600m2 manufacturing plant in Thebarton that was unsuccessful in winning a major federal government contract to produce COVID-19 jabs – received the new funding under the Cooperative Research Centres Projects Grants scheme.

The program supports short-term collaborative research ventures, with 13 ventures funded in the 12th round of grants.

The $3 million grant, which runs until January 2025, is earmarked for BioCina to strengthen its partnership with industry co-partner Cytiva and researchers at the University of Adelaide.

“mRNA vaccines will impact a huge number of diseases in future, and the key will be speeding translation of discoveries from bench to market. It’s about more than just COVID,” he said.

“Working with our industry partners, we aim to build a new expert capability to speed mRNA developments, and to make them more stable, accelerating progress to clinical trial, for future vaccines but also for other diseases including cancer.”

BioCina is a subsidiary of global investment firm Bridgewest Group and acquired the Thebarton plant from Pfizer in 2020. 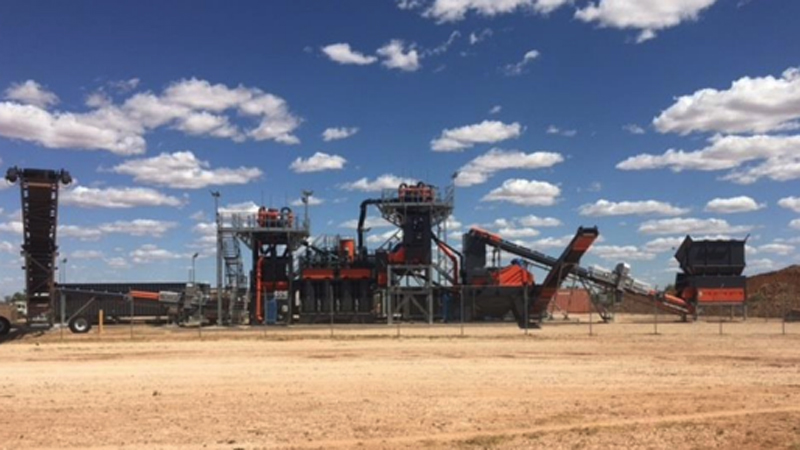 Resources company Centrex Limited will send a trial shipment of 5000 tonnes of its phosphate rock to a major New Zealand fertiliser producer in what it hopes will lead to a major deal.

It is a major step in Adelaide-based Centrex’s goal to increase production at its Ardmore project near Mount Isa in Queensland to 800,000 tonnes per year.

Under the agreement, the shipment will be loaded on Townsville in September and Ravensdown will then have first right to purchase 20 per cent of production for a three-year period.

“We hope this is the beginning of a mutually beneficial long-term relationship,” Centrex managing director Robert Mencel said.

“With the signing of this agreement, the Ardmore Project has 70 per cent of its first three years of production allocated to first-class customers.”

Last week Centrex also announced a plan to raise up to $16 million to continue to develop its Ardmore project in western Queensland and lift production levels at a time of globally high rock phosphate prices.

The centres – located at Virginia in Adelaide’s fast-growing northern suburbs and the regional New South Wales centre of Wagga Wagga – changed hands for more than $40 million.

Parkstone managing director Tim Wilkin said the purchases were an excellent strategic fit for the fund, which has concentrated its holdings in regional NSW and metropolitan Adelaide.

Last November, Parkstone settled on a shopping centre anchored by a Drakes supermarket with future development potential in the Adelaide beachside suburb of Semaphore.

Parkstone already has two properties in regional NSW – the Riverdale Shopping Centre in Dubbo anchored by Woolworths; and a standalone Woolworths supermarket in Orange.

Wilkin said the Virginia property was an asset the group had specifically targeted given the actual and projected growth occurring in the catchment, which is one of the fastest-growing localities in the state.

He said Parkstone planned to partner with existing key tenants in a major renovation and repositioning of the property over the next 12-18 months to take advantage of the future growth areas.

“The new acquisitions are a neat fit with our growth strategy of acquiring predominantly food-based retail properties which meet the needs of non-discretionary spenders and have the potential for income growth through physical improvement and innovative leasing strategies,” Wilkin said.

Both deals were introduced to Parkstone off-market by Savills – continuing a relationship that has seen the agency present Parkstone with about 80 per cent of its acquisitions over the past three years. 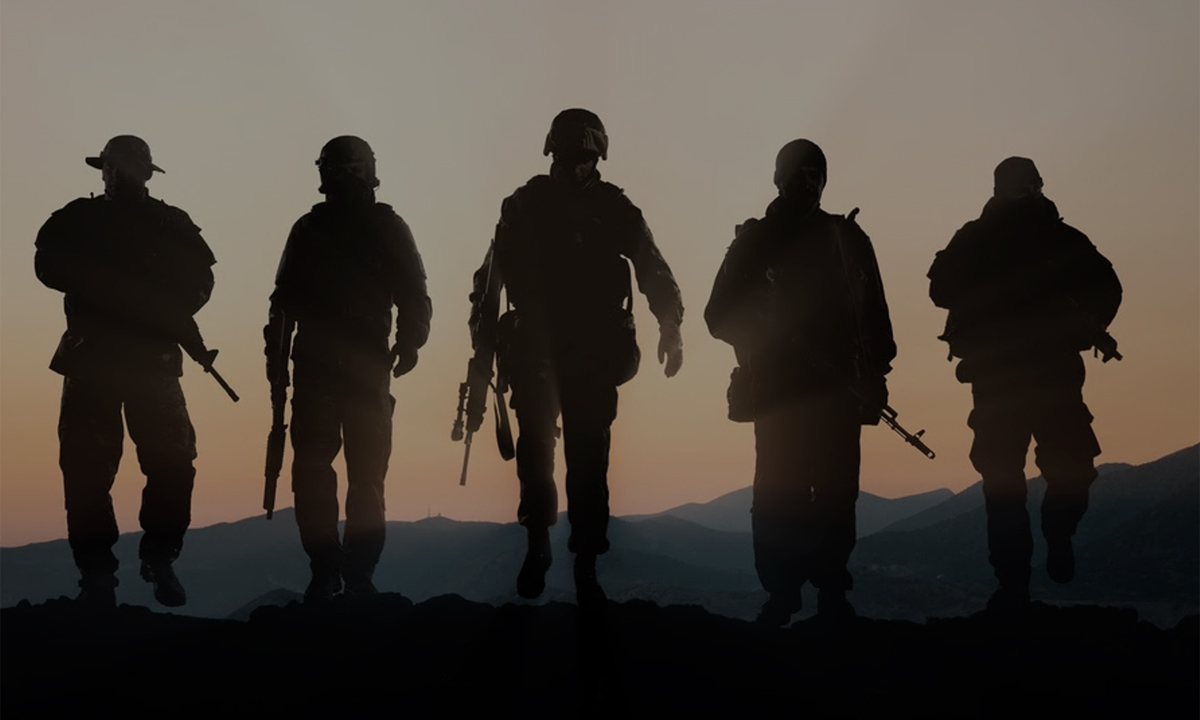 Lightweight armour manufacturer XTEK says it has received more than $8 million in orders for its ballistic products, which it largely manufactures in Adelaide’s north.

In a statement to the ASX last week, the listed company said three of the new orders, from undisclosed international customers, are for the supply of specialist ballistic armour products valued at $2.15m.

“These orders now take the total value of orders received over the last 30 days by XTEK’s Ballistics Division, to more than A$8.1m,” the company said.

“The Division continues to have significant inbound enquires for our armour products, reflecting the current heightened global security environment.”

It comes as a boost for the company tht last year faced ongoing commissioning and ramp-up delays at its Adelaide Manufacturing Centre that resulted in significant cost overruns.

XTEK launched its state-of-the-art fabrication centre in Adelaide’s northern suburbs in 2020. However, it announced a $3.97 million loss for the 2020-financial year in September.

“The high-performance ballistics products will be priority shipped to these international customers to meet their urgent operational needs, while the specialist software and hardware products, which have a longer production lead time, will be delivered to a separate client in Q4 FY22,” he said.

“The Group continues to develop additional large supply opportunities for our armour products in particular currently with other international customers, and we expect to make further announcements on the outcome of those projects in due course.” 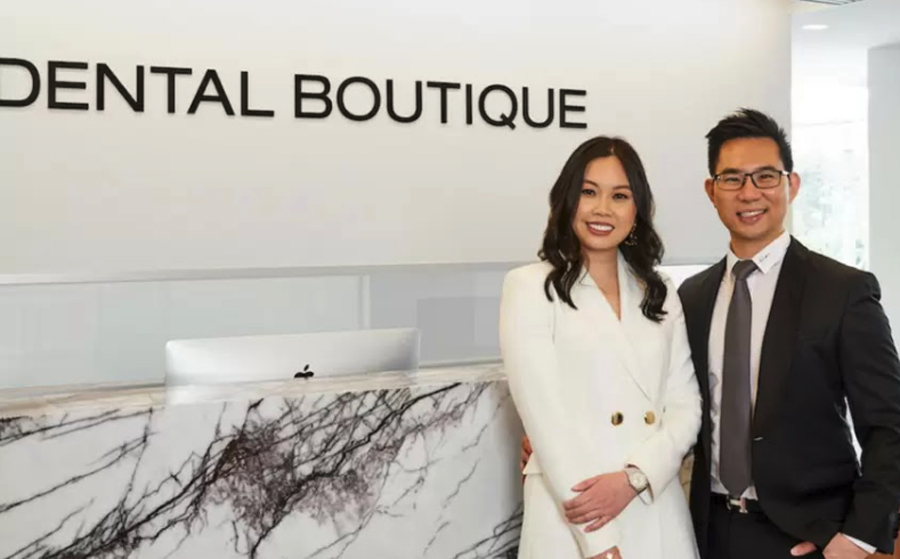 A husband and wife team who met while studying dentistry at the University of Adelaide will open their first cosmetic dental clinic in South Australia today as part of a national expansion.

Co-founders Dr Reuben Sim and Dr May Chan say plans for the Adelaide practice came after rapid growth of the company’s Melbourne practice, growing from a single chair practice in 2013 to its current capacity of 35 treatment chairs.

Dental Boutique also has plans to open clinics in Sydney, Geelong and Mornington in the coming weeks.

The duo graduated from the University of Adelaide’s School of Dentistry in 2008 before heading to Melbourne.

Reuben said there were a number of clients who travelled from Adelaide to Melbourne for procedures, indicating strong demand in South Australia for cosmetic dental services.

He said the Adelaide clinic has established a waitlist of clients ahead of the opening.

“The opening of our Adelaide clinic will allow us to employ an additional 30 – 40 staff, including dentists, dental specialists, nurses, receptionists, and an office team of managers and marketing professionals,” said Reuben.

The practice focuses on a range of cosmetic dentistry services – including veneers, Invisalign, and teeth replacement solutions with implants – allowing the company to offer tailored treatments to clients.

The new clinic is located in Ward Street North Adelaide.