Long-time Advertiser journalist Renato Castello has switched over to communications, taking on a senior role with Michels Warren Public Relations.

Castello’s move follows a two-decade career with News Corp, most recently as Local Government and Urban Development Editor at The Advertiser. His time on Waymouth Street has also seen him work as Chief of Staff at The Sunday Mail.

The experienced news and business reporter cut his teeth with News Corp’s suburban Messenger before moving to London for a brief stint with the Mirror Group.

“We feel very fortunate to have secured someone of Renato’s skills and experience,” Michels Warren Managing Director Phil Martin said.

“His career has afforded him valuable insight of contemporary issues, the power of succinct communications and the ability to distil complex information and concepts.” 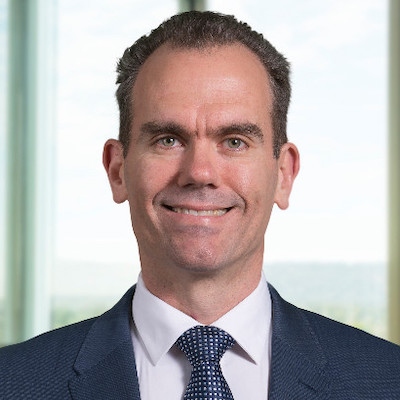 Kervin, a former Associate Director with KPMG and Executive Director with EY, has been with BDO in Adelaide since 2014 – first as Principal Consultant and most recently as National Digital and Technology Advisory Leader.

Garrels is moving into the role of Executive Chair, which he says will allow him to “focus more time on furthering investment opportunities for the business, as well as taking time to give back to the community”.

“As I do that, Nick is the perfect person to lead the team to new heights,” he said.

“I could not be more pleased that Nick is joining the team as CEO. I met Nick back when Frisk had only just started out, and we quickly bonded over a passion for using technology to transform the way we do things.” 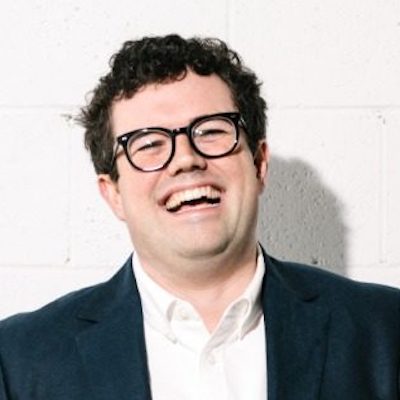 Hill flagged in February that he had left his position with Deloitte in Adelaide to take on a leadership role with a “major consulting firm in Melbourne”.

“In my new role, based in Melbourne but working right across the country (including hopefully lots of opportunities to go back to Adelaide!), I'll be helping government and corporate clients tackle big economic and public policy issues, as well as using data and economic tools to guide business strategy and execution in innovative ways,” he posted on LinkedIn.

Hill’s move to Accenture follows more than eight years with Deloitte in Adelaide, most recently leading the firm’s civil government sector practice across Australia and their South Australian and Northern Territory divisions.

His 2014 switch to Deloitte followed two years as Economic Adviser to Premier Jay Weatherill and a yearlong stint in Canberra as Adviser to then-Deputy Prime Minister and Treasurer Wayne Swan.

He has also worked in the offices of Labor right faction heavyweights Don Farrell and Amanda Rishworth. 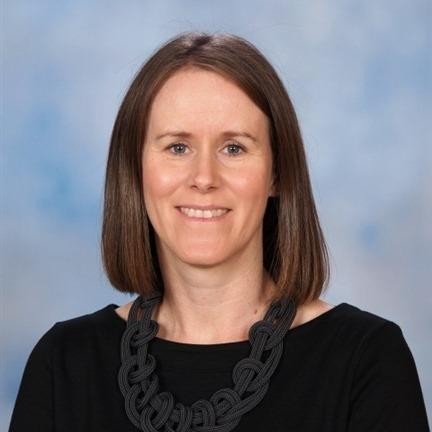 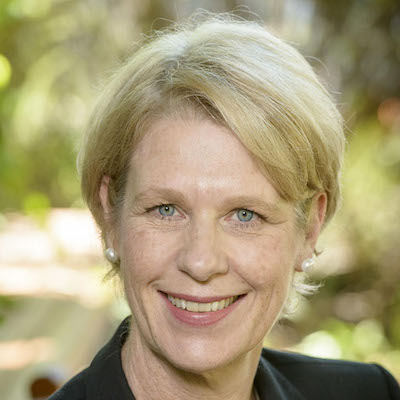 Wilderness School has appointed one of its former teachers, Belinda Arnfield, as its new Principal.

Arnfield has been with the private girls’ school for more than 17 years, joining as a teacher in 2005 before being promoted to Head of Middle School in 2009.

She was appointed Interim Principal in January this year following the departure of Jane Danvers to prestigious Sydney independent girls’ school Kambala.

Danvers, who is also a former Presiding Member of the SACE Board and Chair of the JamFactory, had been Wilderness School Principal since 2006.

The school’s Governing Council said Arnfield was the “clear choice” among a field of the “highest quality”.

“Belinda is well known throughout the school and the community, with her association with Wilderness beginning 17 years ago when she joined us as a classroom teacher,” the school said in a statement.

“Belinda has a rare depth of classroom and leadership experience from early learning through to year 12.”

According to Wilderness, Arnfield is the 10th Principal in the school’s 138-year history.

With Head Office in Adelaide, HenderCare is a national registered NDIS and Home Care Package provider as well as a supplier of acute healthcare services. Reporting locally to the Chief Executive Officer and working closely with the Executive team and State Managers, the General Manager - Disability will oversee all elements of HenderCare’s disability services, leading intake and engagement, rostering and service delivery. Applications are encouraged from professionals with experience in a comparable role ideally across a geographically dispersed business. The ability to think strategically, coupled with a practical and analytical approach, will be well regarded.

Situated just 30 minutes from the Adelaide CBD, the Adelaide Hills Council serves a diverse population accommodating residential living, agricultural pursuits and a thriving business environment. The Director Development & Regulatory Services will report to the Chief Executive Officer and will work to enhance the delivery and impact of key services to the community including planning and building assessment, compliance, strategic policy planning and health and regulatory services. Experience in a comparably diverse and complex leadership role meeting the needs of multiple stakeholders will be crucial. Planning qualifications may be an advantage but are not essential if candidates can demonstrate a strong grasp of the scope and value of the position and have the appropriate expertise and capacity to operate in a local government or similarly regulated environment for the benefit of customers and the community. 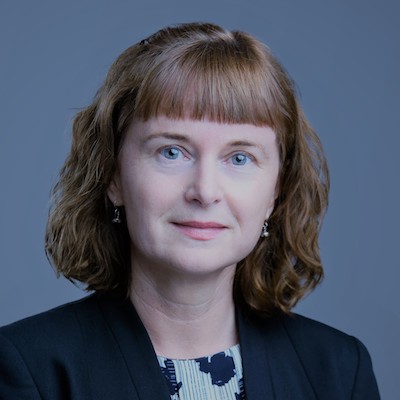 From casinos to hospitals

The Hospital Research Foundation has appointed a senior figure at SkyCity Adelaide to fulfill a newly created legal affairs role.

Juliet Fletcher, most recently SkyCity’s General Manager of Legal, Compliance and Regulatory Affairs, has been appointed the Hospital Research Foundation’s Head of Legal, Risk and Governance.

Fletcher joined the Adelaide casino operator in February 2016 after nearly 15 years as a Corporate Lawyer with Bendigo and Adelaide Bank.

She moved over to Adelaide in 2001 after working for the New Zealand Government as a Solicitor.

Hospital Research Foundation CEO Paul Flynn said Fletcher will be “integral” to ensuring the charity fulfills its goals “whilst adhering to the highest industry standards”.

“Her extensive experience as a corporate lawyer working in highly regulated environments will make her an asset to the Group and our affiliate charities,” Flynn said. 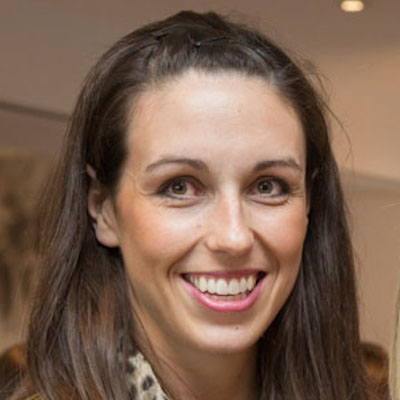 Lord Mayor Sandy Verschoor’s Chief of Staff Naomi Marsh has moved on from more than a decade of council work to join the South Australian Chamber of Mines and Energy.

Marsh has been appointed the lobby group’s Director of Strategic Policy Communications.

She has been in various senior roles – primarily in media and marketing – with the Adelaide City Council since joining in December 2010.

Her most recent role was Executive Manager/Chief of Staff in the Office of the Lord Mayor, a position she has held since December 2020.

The South Australian Chamber of Mines and Energy is the state’s peak body for mining, minerals and the oil and gas sector. 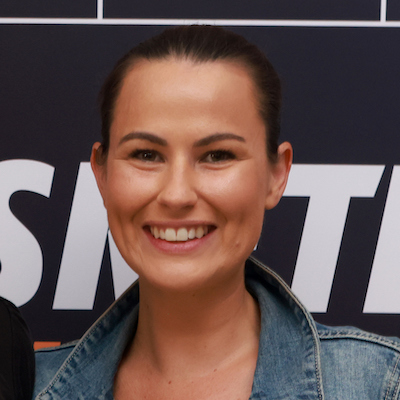 Elly Mitchell, formerly of both News Corp and Fairfax, has been appointed Marketing and Communications Manager at Basketball SA.

Prior to that, she was an Account Manager with HWR Media – publishers of South Australian Style magazine – and a Digital Specialist with Fairfax Media in South Australia.

Her time in media also includes a four-year stint with News Corp as Senior Account Manager across Alice Springs and Darwin.

"I loved my time working with the Adelaide 36ers on the NBL 20/21 season and saw the opportunity at Basketball SA as an exciting new challenge,” she said.

"With the NBL1 22 season starting in April and new initiatives being launched by Basketball SA, it is an exciting time to have joined the team.”