Listed company Leigh Creek Energy has officially changed its name to NeuRizer as it closes in on a project to turn gas from the former outback South Australian coal mine into fertiliser.

Shareholders voted for the change last month with the company launching its rebrand on Thursday.

In a statement to the ASX last week, the company’s board said its name should better reflect “its vision and business”.

“The ‘Neu’ relates to a new way of processing urea – one which has a net-zero carbon footprint,” it said in the statement.

“The ‘Rizer’ relates to the crops which will rise from the ground and are dependent on urea to do so; it gives a nod to the product – fertiliser – and it relates to the upwards trajectory of a new manufacturing company.”

The publicly listed company earlier last year raised $18 million to fund Stage 1 of the project to advance it towards the commercial production of syngas to initially be used to create power that can be sold on the national grid.

The larger Stage 2 part of the $2.6 billion project involves the expansion of gasification fields, 100MW gas-fired power generation, an ammonia facility, a urea facility and logistics, loading and transport to initially produce one million tonnes per year with the potential to double output.

“Global fertiliser markets are facing massive disruptions and soaring prices due to the geo-political situation in Russia and Ukraine and surging gas prices which feed directly into the cost of fertiliser that farmers around the world need to sustain their food crops,” he said.

The Adelaide-based company’s share price was $0.175 on Friday afternoon, up about 20 per cent for the week.

Adelaide-headquartered telecommunications provider Uniti Group has chosen to engage with the Morrison and Co and Brookfield Infrastructure consortium as the preferred bidder in a $3.5 billion bidding war that has broken out over the company.

Two separate bids emerged for the company last month with the other being from the Connect Consortium comprising of Macquarie Infrastructure and Real Asset Holdings in conjunction with Public Sector Pension Investment Board.

The Morrison/Brookfield consortium made an initial offer of $4.50 per share before the Connect Consortium chimed in with an offer of $5 per share on March 24.

But after an updated offer of $5 per share from Morrison/Brookfield last week, Uniti announced on Wednesday it would not continue to pursue the Connect Consortium indicative proposal.

Uniti says there is no certainty that either proposal would result in a transaction being put forward for shareholder consideration.

The takeover bids follow Uniti’s acquisitions OptiComm and Telstra Velocity assets in late 2020, which saw it surge nine places from No.15 to No.6 on InDaily’s South Australian Business Index of the state’s top 100 companies.

It last month reported revenue for the six months to December 31 of $109.5 million, up 98 per cent on the same period the previous year.

Uniti was listed on the ASX in February 2019 as Uniti Wireless and since changing its name to Uniti Group has divided the business into three pillars: Wholesale and Infrastructure; Communications Platform as a Service, and; Consumer and Business.

“After careful consideration of both proposals, the board has determined it is in the best interests of Uniti shareholders to engage with the Morrison/Brookfield Consortium on their Revised Morrison Brookfield Consortium Indicative Proposal,” it said in a statement to the ASX.

If the takeover bid goes ahead it will result in a handsome payday for shareholders, who have seen the company’s share price more than triple from $1.54 at the start of 2021.

Building approvals bounce back in February 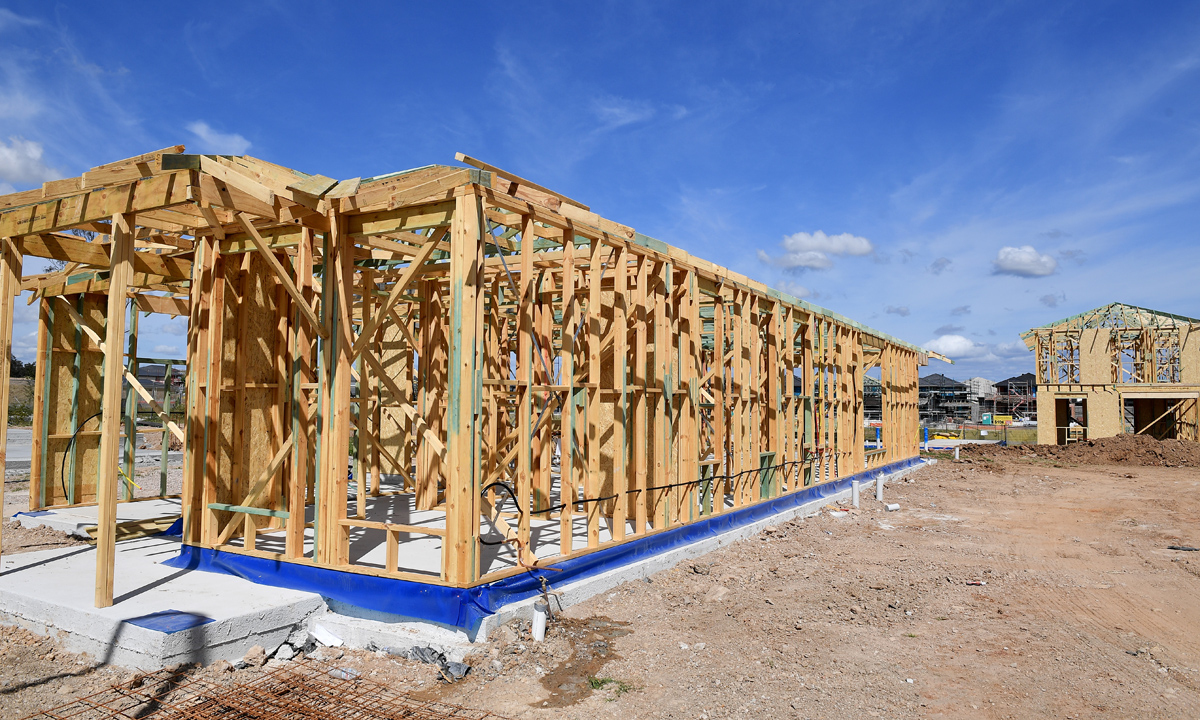 South Australian building approvals bounced back sharply in February following a sluggish start to the year.

There were 1127 dwellings approved in the state for the month, a 35.9 per cent improvement on January.

Of those dwelling approvals, 753 were for private sector houses, up from the 558 approved in January, which was the lowest level in three years.

Nationally, the number of dwellings approved in Australia rose 43.5 per cent in February, in seasonally adjusted terms, following a 27.1 per cent fall in January.

The value of total building approved rose 67.5 per cent in February, in seasonally adjusted terms.

The value of non-residential building increased sharply (132 per cent), following a 37.2 per cent fall in January.

Nationally, the February result was the second-highest recorded (behind March 2021) and was driven by a large number of public developments, with 14 projects valued over $30m approved.

An Adelaide company that converts underutilised commercial spaces into serviced offices has opened its 15th site in a former Allenby Gardens squash centre.

Business Hub opened its first office in Seaton during the GFC more than a decade ago and has steadily converted more buildings.

The latest office on Port Road opened in late February after the former squash centre was revived from a dilapidated condition.

It is now a mix of  co-working and serviced offices with an on-site café.

The 728sq m converted warehouse office aims to blend the latest technology with a working space that caters to the new hybrid model of work.

It includes a gym, a café, a Virtual Reality room, a games room and a function centre.

Rebel will open its flagship Rundle Mall store on Thursday, which it says will create more than 50 additional jobs.

It will be the sports retailer’s first flagship CBD store under its rebel Customer Experience model (rCX) and will include three levels with a combined space of 2650sq m.

“This store represents a significant investment in Rundle Mall and as rebel’s first customer experience concept store in South Australia, it adds to the many local, national and international brands with flagship stores in the city,” he said.

“We know shoppers will enjoy the new, interactive shopping experience the store provides,” he said.

The Rundle Mall store will open on April 7 with DJs and AFL players in attendance.