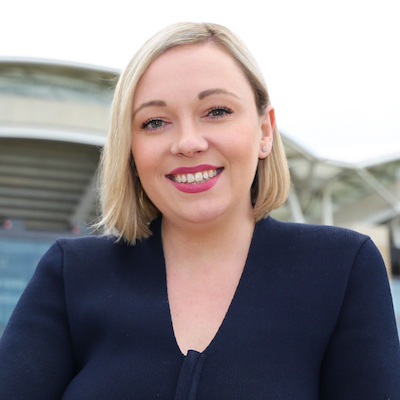 A long-time South Australian Jockey Club board member, Francis replaces Matt Corby, who resigned as GRSA’s CEO in December after being appointed Chief Executive of the National Golf Club in Victoria.

Francis has been General Manager of the Oval Hotel since August 2019 and has worked with AccorHotels, the Sebel Melbourne, Sofitel’s Como Melbourne McGallery and the Francis Group of Hotels during her two-decade career.

“Ms Francis will be a great fit for the culture of the business and racing code, with strong stakeholder management and passion for the industry,” GRSA Chair Grantley Stevens said.

“We look forward to seeing Bodelle lead the industry to further growth.”

Francis is due to start with GRSA on April 27. 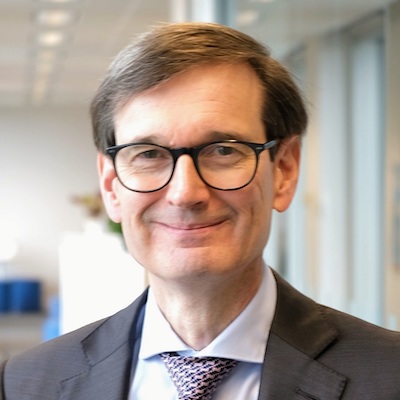 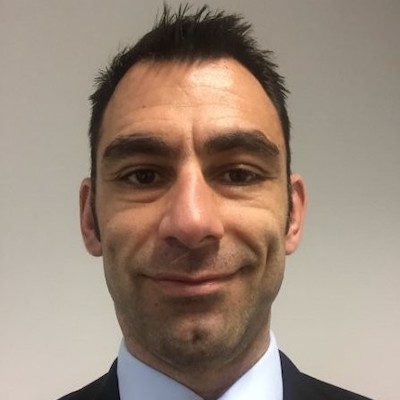 The Adelaide banking organisation announced last week that experienced CFO Tim Foster has come back to Australia from Doha to take on the executive role.

Credit Union SA credits him for being “closely involved” in building the city that will be hosting this year’s FIFA World Cup. Qatari Diar has around $35 billion in assets under management.

Foster has replaced Ilya Karounos as Credit Union’s CFO. Karounos had been in the position for close to four years and with the bank since 2013.

Prior to his move to Doha in 2014, Foster worked in Sydney for former banking and insurance group HBOS Australia. He was also a CFO with property group Stockland and investment firms Challenger Limited and Colonial First State. 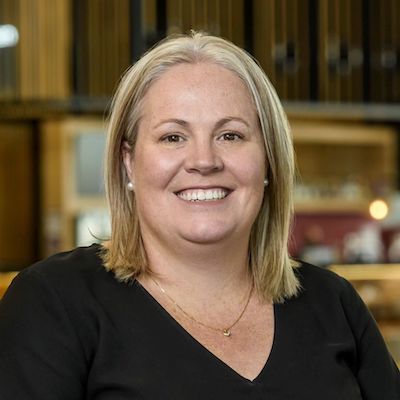 The appointment will see her lead the AAA’s first-ever all female leadership team, with Perth Airport Operations Standards Manager Jenny Kox working alongside her as Deputy Chair.

The AAA is the peak body/lobby group for Australia’s airports and aerodromes.

Meys is Adelaide Airport’s Executive General Manager of Planning and Infrastructure. She moved to Adelaide in November 2018 after seven years with Perth Airport managing strategy, development, planning and approvals. 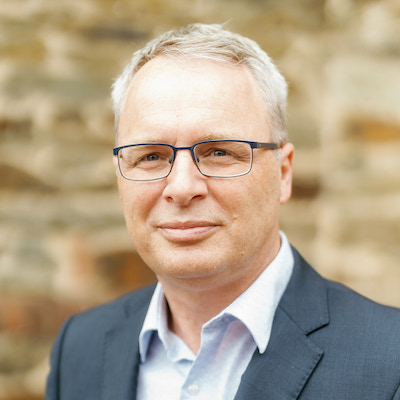 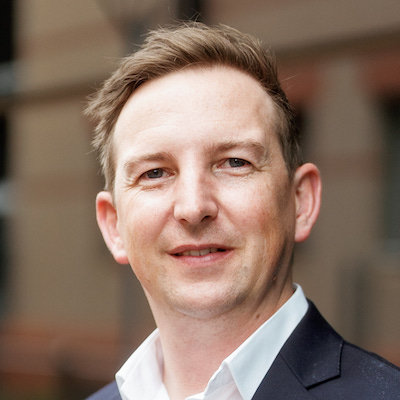 AnglicareSA’s executive team has had a shake up with the appointment of both a new Chief Operating Officer and Chief Financial Officer.

A social services executive for the best part of two decades, Barber’s move to Anglicare this month followed 14 years as COO of the Julia Farr Association.

Loy on the other hand has spent time in financial management across a range of sectors, most recently with disability services provider Hireup Australia but also with the Australian Baseball League, Accru Chartered Accountants and as an analyst for Deloitte.

AnglicareSA CEO Grant Reubenicht, who was only appointed to the role permanently in July last year after his promotion from CFO, said the newly hired duo bring “a wealth of knowledge, experience, and passion” to the organisation.

Mitolo Family Farms is a family-owned award-winning national business, with an opening for a Chief Operating Officer. With Mitolo Family Farms being the largest supplier of fresh potatoes and onions in the country, this position requires someone with a strong focus on production, supply and demand planning, and proven cost minimisation and labour optimisation capability.

With a long successful history of 55 years, the Fairmont Group is South Australia’s largest integrated housing and land development company. The Chief Financial Officer position currently open for applications reports to the CEO and works closely with the Managing Director to plan and administer the group’s financial and commercial activities.

The role of Director of Corporate Governance and Assurance at TAFE SA involves maintaining an enterprise-wide assurance framework to ensure effective internal control, whilst monitoring and managing incidents, risks, and any breaches of compliance. This role is a unique opportunity to make a direct contribution to the education system, which establishes the integrity of public expenditure on educational outcomes.

Founded in 1964, Autism SA provides specialised services to individuals on the autism spectrum, their families, and the broader community. Those with an interest in leading a dedicated team, managing recruitment portfolios and performance management are encouraged to apply for the People & Culture Manager position.

Owning and operating South Australia’s second-largest wastewater authority, Mount Barker District Council are filling a leadership role to assist in operating and growing their wastewater business. The population within this community is one of Australia’s fastest growing areas, needing someone to offer their highly developed stakeholder engagement skills and drive to benefit the community.

St Peter’s Girls’ School located in Stonyfell, is searching for two voluntary board members for their Board of Governors. The Anglican and International Baccalaureate World School strongly encourages applications from those with passions toward contemporary education and the want to support girls in becoming leaders. 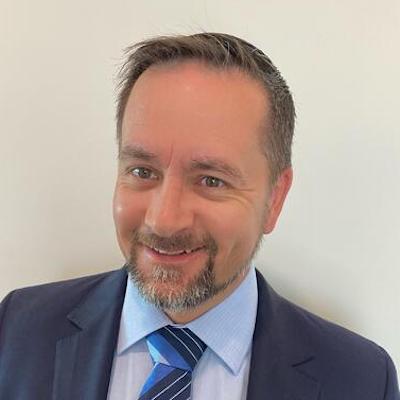 MacLellan joins the West Lakes-based tech firm after more than two years with public sector focused software company Civica, where he is credited with leading a highly complex software implementation for the South Australian Department of Education.

His career has spanned both the public and private sectors, spending time with HomeStart Finance and the Royal Australian Air Force along with business management consultants Velrada and Beyond Bank Australia.

Touted for his “relentless energy and proven ability to achieve results”, MacLellan has been put in charge of Complexica’s ports and logistics division – a key sector for the Adelaide start-up given the company’s focus on supply chains.

MacLellan said he was looking forward to being “part of the journey as the business progresses towards an IPO”. 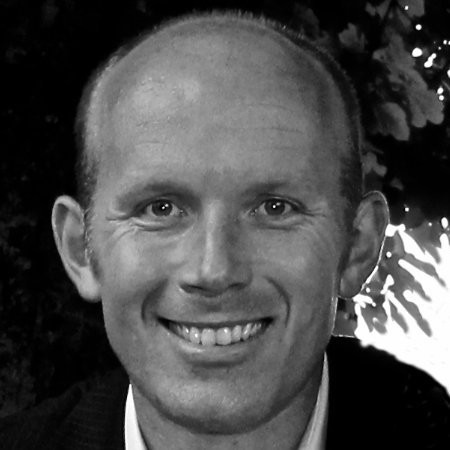 Masters, a long-time banking and investment executive, has been running his cheese manufacturing business, Section28 Artisan Cheeses, in the Adelaide Hills since 2014.

His time in the banking world included stints with BankSA, Taylor Collison and Macquarie Group in Sydney. He is also a former Chief Investment Officer of Adelaide Managed Funds and Head of Economic Development with the Adelaide City Council.

Perry, meanwhile, has spent her career in corporate communications, holding numerous senior roles with high-profile Australian companies. She is currently General Manager of Community and Corporate Affairs with the RAA.

Her move to the motoring association in 2020 followed seven years with BHP, first as Head of Media Relations in Melbourne and then Head of Corporate Affairs in South Australia.

She joins Djite on the West Beach Trust Board. The former Adelaide United striker and Director of Football has been CEO of the Committee for Adelaide since July last year. 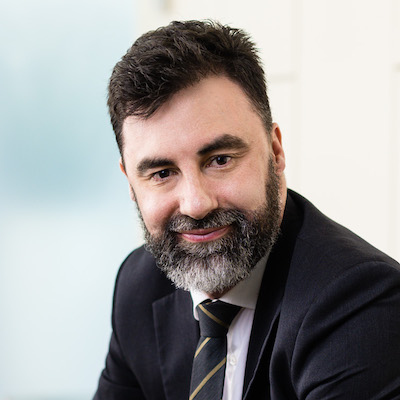 Moran is the ninth lawyer to reach Partner status at the Flinders Street firm.

His promotion follows more than three years of work at Lynch Meyer within their construction division.

Moran was with Griffins Lawyers for nearly five years and Minter Ellison in Darwin before joining Lynch Meyer in 2018.

“Charles is an excellent lawyer with great attention to detail and plenty of commercial common sense,” he said.

“These attributes are so important when it comes to building disputes.” 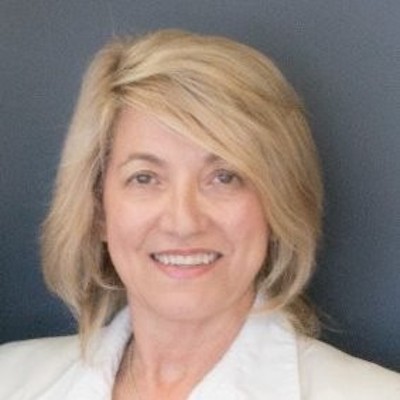 The German-educated healthcare exec has been CEO of Dental-Pro Solutions in Adelaide for the last seven and a half years.

She has also spent time as the Chief Operating Officer of North Adelaide Dental Care and CEO of IVF business Repromed, which operates across South Australia and the Northern Territory.

Erichsdotter’s appointment at Craniofacial Australia, a not-for-profit dedicated to supporting research into craniofacial deformities and injuries, comes as the charity launches a new fundraising campaign titled “embrace your face”.

The charity is the custodian of the Australian Craniofacial Unit, which has been used by the Women’s and Children’s Hospital since 2001.