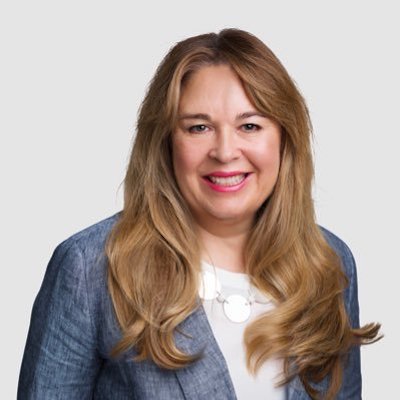 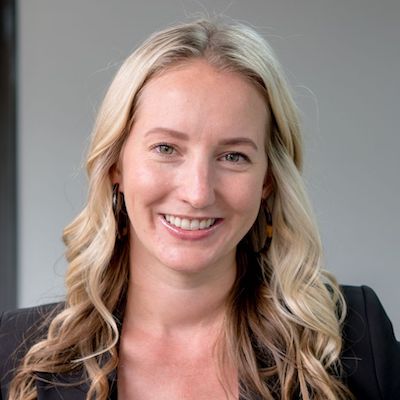 Lloyd, who spent 14 years at News Corp before leaving the Sunday Mail in 2013, has worked in public relations for the last nine years with a number of high-profile companies.

Her first comms gig after exiting journalism came with the ASC in Osborne. Following her resignation from that role in 2014, she went on to work with Holden during their exit from Elizabeth and then ElectraNet during their planning for the $2.28 billion SA-NSW interconnector.

She also sits on the board of SA Rugby.

Her new position will see her responsible for the communications of JP Media’s most high-profile clients, including Nokia, the Department for Trade and Investment, the Adelaide Central Market Authority and Charter Hall.

JP Media General Manager Daniel Crago said the appointment “opens a number of new opportunities” for the agency, which is currently moving from Cinema Place to Waymouth Street.

“Her vast experience and proven track record in corporate communications and issues management, as well as her media background brings significant depth of service to our clients,” he said.

Hassel moved to Sweat in 2019 after nearly three years with the South Australian Tourism Commission and five years on and off with Zoos SA.

Her client responsibilities at JP Media now include the Adelaide Fringe, Mighty Kingdom and the Adelaide Economic Development Authority. 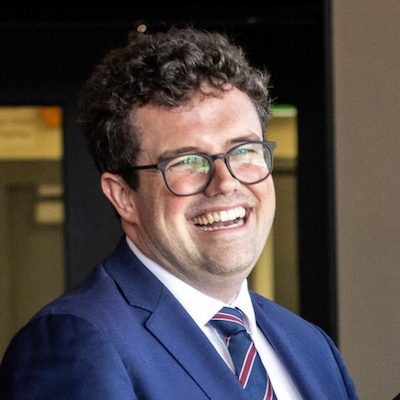 Deloitte Access Economics Lead Partner Aaron Hill is leaving his role in South Australia today after taking up a role with a major consulting firm in Melbourne.

A former InDaily 40 Under 40 winner, Hill has been with Deloitte since 2014 and leads the firm’s civil government sector practice across Australia as well as their South Australian and Northern Territory divisions.

His move to Deloitte followed two years as Economic Adviser to Premier Jay Weatherill and a yearlong stint in Canberra as Adviser to then-Deputy Prime Minister and Treasurer Wayne Swan. He has also worked in the offices of Labor’s Don Farrell and Amanda Rishworth.

Hill said he is  “very excited both with my new professional opportunity and to re-unite my wife and son with her family in Melbourne”.

“Deloitte Access Economics will carry on in Adelaide under the leadership of Cedric Hodges, and with the stewardship of capable economists like Clare Nolan, Laura Bills, David O'Callaghan, Thomas Probst and Sam Collins,” he posted on LinkedIn.

“I'll always be a South Australian (and look forward to helping to being one of Adelaide's biggest backers in Melbourne) and look forward to the day that I get to live in Australia's most liveable city once again, but until then, I'll see you at the Fringe.”

Hill told InDaily that details of his new employer would emerge in the coming weeks although hinted it was with a major consulting firm. 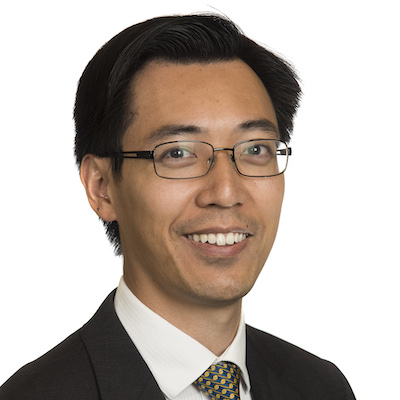 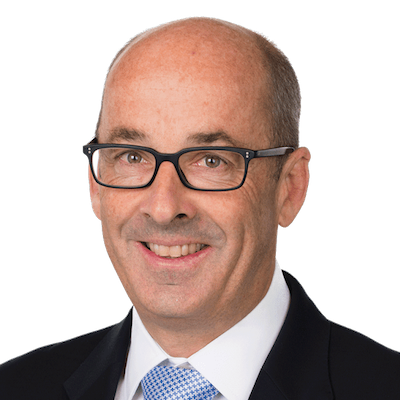 Wu touches down in Adelaide

Adelaide Airport has appointed infrastructure investment expert Alan Wu to its board.

“He also has more than a decade of non-executive board experience, including as Chair of Sydney Metro Airports looking after Bankstown and Camden Airports, and as Director of International Parking Group and SA-based Water Utilities Australia."

Wu’s appointment follows the retirement of fellow Sentier executive Christopher McArthur from the Adelaide Airport board after more than 11 years as a director.

McArthur is currently Sentier’s Head of Asset Management in Australia and Partner, Infrastructure Investments. He remains on the board of Brisbane Airport and US holding company Patriot Rail and Ports. 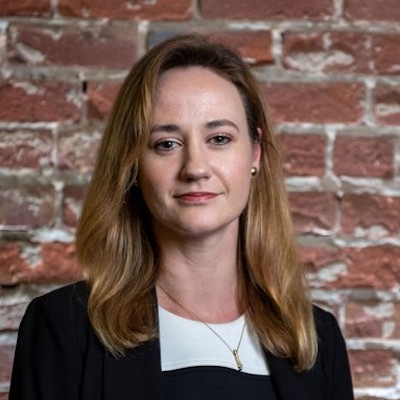 Bernhardt moved back to South Australia in September after a two-year stint in San Francisco where she was Investment Strategist with legal software and law firm start-up Atrium.

Following that firm's demise, she moved on to Bank of America as Assistant Vice President, Middle Market Technology Banking. She was Commercial Manager with the University of Adelaide and a consultant with both EY and KPMG prior to her move overseas.

Her new role with Artesian, the global venture capital fund managers responsible for the $50m SAVCF, will see her focused on investing capital into Adelaide tech start-ups.

Bernhardt said on LinkedIn she was “excited to be back in the Adelaide tech scene” and is “looking forward to connecting/reconnecting with local startup companies to see how we can help”.

The SAVCF’s previous investments include Myriota, Kid Sense Child Development and Fivecast. The fund’s portfolio is managed by David Rohrsheim.

The Landscape South Australia Act (2019) puts community at the heart of sustainably managing the State’s soil, water, pest plants and animals and biodiversity. Central to the Act are eight regional Landscape Boards and Green Adelaide, a Board focused on the metropolitan area. The Alinytjara Wilurara (AW) region covers 26 per cent of South Australia in the remote northwest inhabited by approximately 4,000 people and is the traditional lands of the Pitjantjatjara, Yankunytjatjara Ngaanyatjarra, Mirning, Wirangu, Kokatha, Yalata, Maralinga Tjarutja (Oak Valley) and Roberts First Nations Peoples. Based in the Adelaide CBD, the General Manager will report to the Landscape Board and work to deliver the Board’s five-year regional plan, annual business plan, manage budgets and employ and manage staff. Applications are encouraged from professionals displaying outstanding skills in leadership, relationship building, people and change management, stakeholder management, partnering, co-designing projects with stakeholders, strategic thinking, operational delivery, cultural competency and the ability to form strong relationships with Aboriginal and Torres Strait Islander people and organisations. An ability to work with all levels of Government and the NGO sector is critical. Qualifications in a relevant discipline will be highly regarded.

UnitingSA is a community based organisation with a vision for a compassionate, respectful and just community in which all people participate and flourish. With over 1,000 staff and a turnover circa $100m, this vibrant and important organisation stands alongside and helps over 15,000 people a year with a range of aged care, disability, mental health, child development, family support and employment services. Reporting to the Chief Executive, the Chief People & Quality Officer forms a vital part of the Executive Team and is responsible for the provision of people and quality functions, systems and capability. Applications are encouraged from versatile and senior human resources executives with proven experience in business transformation within the aged and community services or similar context. An attractive senior executive remuneration package will be offered to secure a high calibre appointment.

Saint Ignatius’ College, Adelaide is a leading Catholic, co-educational, day school with approximately 1,500 students and over 200 staff across an Early Learning Centre (3 and 4 year olds) and Junior Campus (R-6) at Norwood and a Senior Campus (7-12) at Athelstone. After 28 years of dedicated service to the College, the current Principal and Chief Executive Officer, Peter Coffey, is retiring at the end of 2022. The College Board therefore invites applications from appropriately qualified and experienced candidates to fill this important position. As the Principal and CEO of the College, the successful applicant will be an outstanding educational leader providing a dynamic vision for teaching and learning that takes the school into the future. He or she will bring expertise, enthusiasm, and a desire to nurture an educational community which is learner-centred, reflection-driven and action-oriented. The Principal works with the College Rector in a dual leadership model. As a leader within the Australian Jesuit education ministry, the new Principal will be a committed Catholic with a desire to embrace and draw upon the rich tradition of Ignatian spirituality to enhance and reinforce the College’s strategic and operational management. 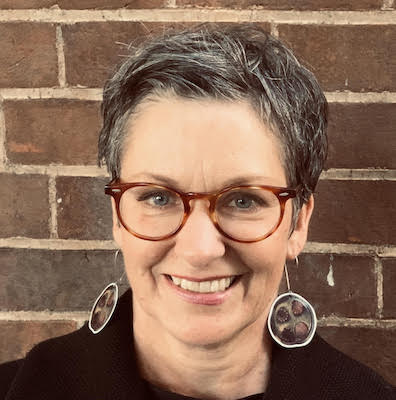 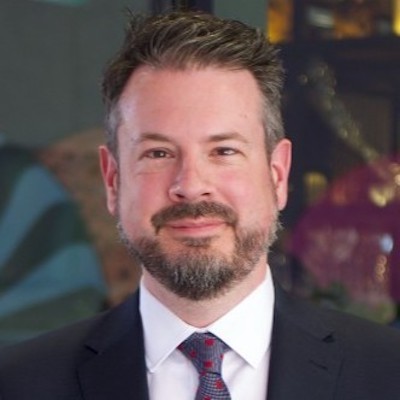 Hansen on the Brink

Hansen, a former Manager of Public Art and Design with Arts SA and long-time planning consultant with SA Health, has gone on to create her own design studio – Urban Mind Studio – and is currently CEO of youth services provider Kindred Australia.

She replaces long-time Brink Productions Chair and fellow design enthusiast Stuart Symons, who has led the theatre company’s board for the last five years and has been a director since July 2011.

“As an exceptional talent and natural leader, she is the ideal person to lead the board at such an exciting time for our company,” Wilson said.

Hansen already sits on the board of the South Australian Living Artists Festival and is a Fellow of the Centre for Conscious Design and Ambassador for Good Design Australia. 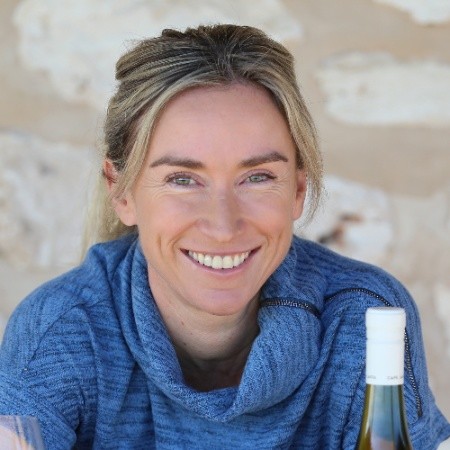 Adelaide winemaker Anna Hooper has been appointed to the board of Landcare Australia.

Hooper is currently Manager of Industry Policy at Australian Grape & Wine and a Director on the South East Water Conservation and Drainage Board.  She also provides oversight of the Sustainable Winegrowing Australia program.

Her time in wine industry leadership has also included a stint as CEO of Australian Vignerons but she made her name as long-time General Manager and Head Winemaker at Cape Jaffa Wines.

“Joining the Landcare Australia Board is a fantastic opportunity for me to build on the connections between landcare, natural resource management and agriculture,” Hooper said.

“I really like big picture industry work, and am confident that my experience will help further the incredible work of Australia’s landcarers.” 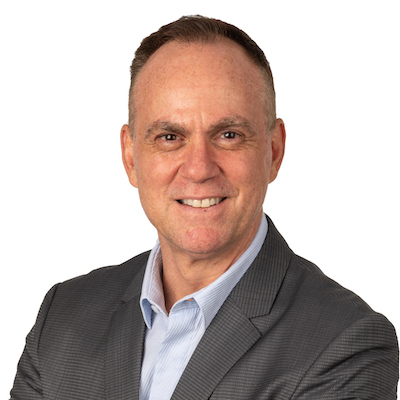 At ASF Audits, he has been tasked with managing the design and development of the firm’s proprietary platforms and one-click audit technology.

“His diverse experience makes him distinctively suited to drive innovation.”

ASF Audits boasts a staff of around 100 people across offices in Adelaide, Melbourne, Gold Coast and Newcastle.