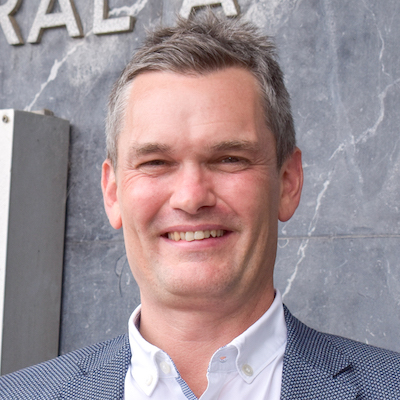 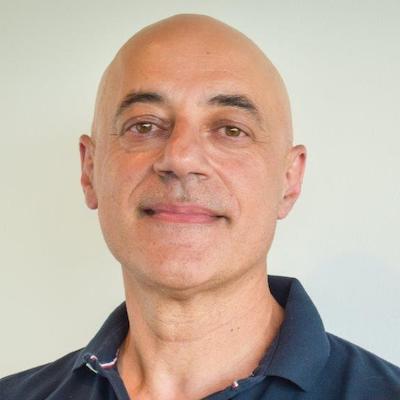 Emmett Property Director and Co-owner Tom Emmett has been appointed the 56th President of Master Builders SA – the third from his family to hold the role.

Emmett, who has led his family’s property firm for 15 years, has been Deputy President of the state’s peak building and construction body since 2019 and Chair of its Commercial Contractors Committee.

Zito steps up from his previous role on the association’s Development Industry Advisory Committee. 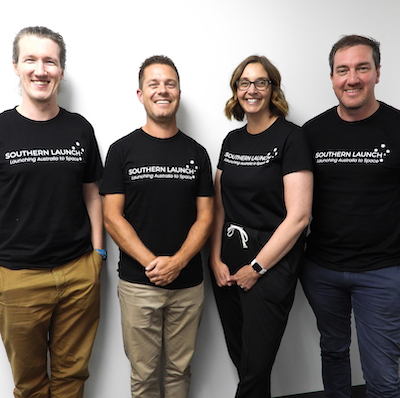 Pearce has been appointed General Manager, Engineering, after three and a half years with Naval Group as a testing facility officer.

The experienced engineer has also spent 12 years with the ASC in Osborne, including a five-year stint in submarine design as Senior Systems Engineer at ASC-subsidiary Deep Blue Tech.

Hillman, Southern Launch’s third hire from the French subs program, comes from a human resources background and has been hired as People and Culture Manager.

He was with Naval Group from 2018 to 2021 as Talent Acquisition Specialist, following stints with recruitment agencies Hays and Randstad.

The string of departures from France’s Naval Group – employers of around 350 workers in SA – comes after the Australian Government announced in September it would be cancelling its $90 billion contract with the French Government for the construction of 12 conventional submarines.

Hancock also has a background in the future subs program – moving across to Southern Launch after working for eight years as a Systems Engineering Consultant on the Australian Government's submarine program with Frazer-Nash Consultancy.

Douglass is joining the space company from Cobham Aviation, where he was most recently Manager, Mission Systems Operations Support.

Southern Launch CEO Lloyd Damp said the string of appointments “cements our growth from a small start-up to becoming a fully-fledged SME”.

“We have been incredibly lucky to hire from within the Defence industry, focusing on talent that bring with them experience, transferrable skills, and the resilience needed to sky-rocket Southern Launch’s bright future,” he said. 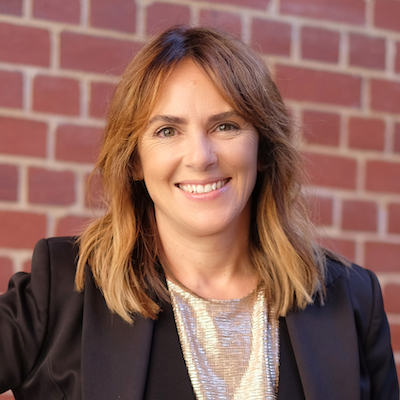 The senior communications leader has been part of KWP!’s executive team since November 2019 after moving over from the Department of Premier and Cabinet where she was Head of Strategic Engagement.

She has also established her own firms – Carve Consulting and The Social PR Co – during her time in the industry.

Thomas joins SOCIETY as the firm approaches its five year anniversary since its founding in 2017 by Managing Director Dena Vassallo.

“I’m so pleased to have Sarah join SOCIETY to lead our Adelaide team, which has seen exponential growth in the last twelve months with new client and team appointments,” Vassallo said.

“With her impressive skill-set including rich creative experience, stellar client relationships and leadership, I look forward to the new opportunities and growth that 2022 will bring for SOCIETY with Sarah.”

StudyAdelaide, a subsidiary of the Department for Trade and Investment, was formed in 1998 to promote Adelaide as a premier study destination for international students. After a significant and successful tenure of seven years, the incumbent Chief Executive will take up residence overseas, creating this opportunity for a new appointment. The CE leads StudyAdelaide’s strategic and operational plans in support of South Australia’s International Education 2030 Plan. Applications are encouraged from professionals with an understanding of international education, education as an export, and an achievement in destination marketing. Global service delivery and cross-cultural skills are an advantage.

Bedford is determined to contribute to a society where every person with disability is empowered to achieve their life goals. With the departure of the incumbent Maggie Dowling in 2022, an opportunity has emerged for a Chief Executive to lead the organisation through ongoing reform, growth and increasing competition. Disability sector experience is an advantage but candidates with leadership experience from comparably regulated and complex domains will also be considered.

The Australian Institute of Company Directors (AICD) is looking for a State Manager for its B2B services and as a key source of insight and support for members and clients. The role is also principal management representative for the State’s Council and Committees. Key responsibilities include driving growth and increasing the AICD’s presence. Applications are encouraged from experienced senior executives with a combination of B2B sales and marketing and governance knowledge.

With a turnover above $40m and around 300 staff, Junction has been a leading provider of community support services and quality housing for more than 40 years. Reporting directly to the Chief Executive the newly configured Head of Investment, Finance & Business Systems role is an integral part of Junction’s Executive Leadership Team. The position is responsible for the overall leadership of the company’s investment advice and decisions, resource allocations, working capital, debt and equity structures, finance, risk, audit, ICT and business systems. The successful candidate will be a proven senior finance executive, with strong property sector experience being an advantage.

Housing Choices Australia Group is an independent, national, not-for-profit housing provider that delivers affordable housing to over 8,500 tenants across most of Australia. An opportunity is presented for both immediate and future appointments to the Board, based ideally in SA, Vic, NSW or Qld. Applicants will have governance knowledge and expertise through previous Board appointments, with GAICD status preferred. Expressions of interest are invited from non-executive directors with capabilities in business transformation, public policy, legislation and infrastructure expertise gained from a range of disciplines including law and planning. Applications from women are particularly encouraged.

The City of Salisbury is a progressive and leading local government entity encompassing an area of 158km2, with 144,000 people and a growing economy. Reporting to the General Manager Community Development, the Manager Community Participation & Partnerships will develop opportunities that enable social connection, build strong cohesive communities and enhance community capacity and resilience. Applications are encouraged from progressive and creative professionals with a broad knowledge and practical experience of community development. Offered as an initial five-year contract, this is a unique opportunity to make a genuine and valuable contribution to the community. 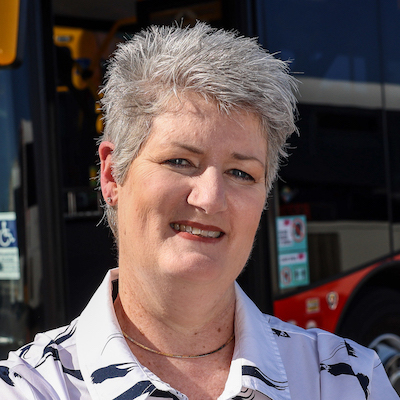 Next stop for SA bus leader

Torrens Transit, operators of around 80 per cent of Adelaide’s buses, has promoted long-time employee Sharon Brown to Managing Director.

Brown started in the industry in 1985 with former State Government transport corporation TransAdelaide, where she was eventually promoted to Regional Manager, South, in 1999.

She joined Transit Systems a year later as Senior Area Manager, responsible for the management of the Mile End and Port Adelaide bus depots along with the scheduling functions of the business.

“We have every confidence in Sharon’s abilities to continue delivering a high standard of service excellence across our South Australian network and congratulate her on the achievement,” Kelsian Group CEO Clint Feuerherdt said, noting an increased interest from women for roles in the transport sector.

“The females in our businesses have worked hard, they are respected industry experts, and they are having a positive impact across the business and industry.” 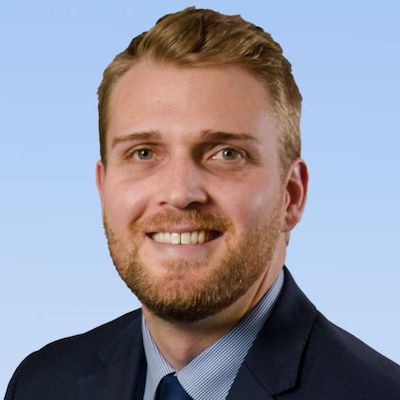 Board promotion for McGees high-flyer

McGees Property Director Tom Rowe has been promoted to State Chair of the Australian Property Institute in South Australia.

Rowe was appointed to the API’s South Australian committee in December 2017 and promoted to Deputy Chair last year.

He succeeds Tyron Novel as leader of the nine-member strong board.

It’s the second significant executive move for Rowe this year after he was in July elevated to Director at McGees Property. He has been a valuer with the Waymouth Street firm for nearly 11 years. 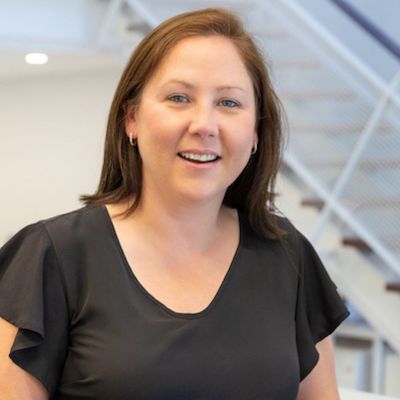 More giraffes in the Zoo

Prior to that, she was employed by Accolade Wines as Brand Manager and Regional Export Executive, and also enjoyed a short stint as Global Export Coordinator with Kingston Estate Wines in the Riverland.

Purple Giraffe said Rice is a “strong leader with exceptional interpersonal and stakeholder management skills who will work with clients and exceed their business expectations though her vast experience in hands on marketing”.

Rice’s appointment at Purple Giraffe comes after the firm earlier in the year appointed Jake Taylor as their new Business Development consultant and Laura Marslen as Social Media Marketing Manager. 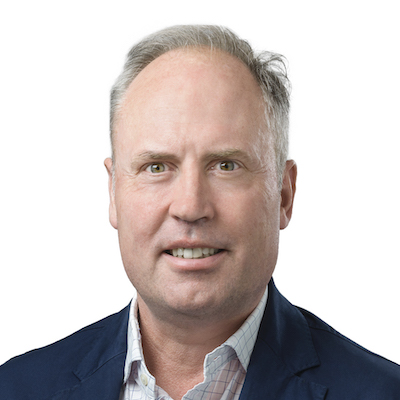 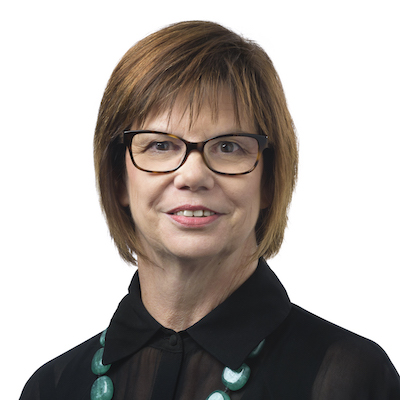 Adelaide cemetery and funeral services provider Centennial Park has appointed Loewn Steel and Greg Stirling to its board – signalling its transition to a fully independent governance structure.

The Pasadena memorial ground’s new board members are both business leaders and graduates of the Australian Institute of Company Directors.

Stirling is currently Chief Growth Officer at international tech company LVX Global and has a background in brand development and marketing, while Steel is a Conversational Intelligence Certified Coach at her business strategy and mentoring firm Challenging Thinking.

She also sits on the board of aged care providers ECH and has held directorships with the Adelaide Central Market Authority, Business SA and Adelaide University.

Stirling and Steel’s appointments come after Centennial Park’s board was whittled down from seven members to five this year, following a change to the organisation’s governing charter.

The memorial ground’s joint owners, Mitcham and Unley Council, opted to allow the organisation to operate as an independent entity – removing the requirement for four council-appointed directors to sit on Centennial Park’s board.

The appointment of Stirling and Steel represents the last step in Centennial Park’s transition to independence, according to Chair Amanda Heyworth.

“The move to a fully independent Board is a significant milestone in the 85-year history of the Park, and a sign of the confidence that the owner councils have in the strategic management and direction of the Park,” she said.

Centennial Park is one of Adelaide’s largest cemeteries with its more than 30 gardens covering around 40 hectares in Pasadena.

Established in 1936, the Goodwood Road memorial is the final resting place of more than 150,000 people.